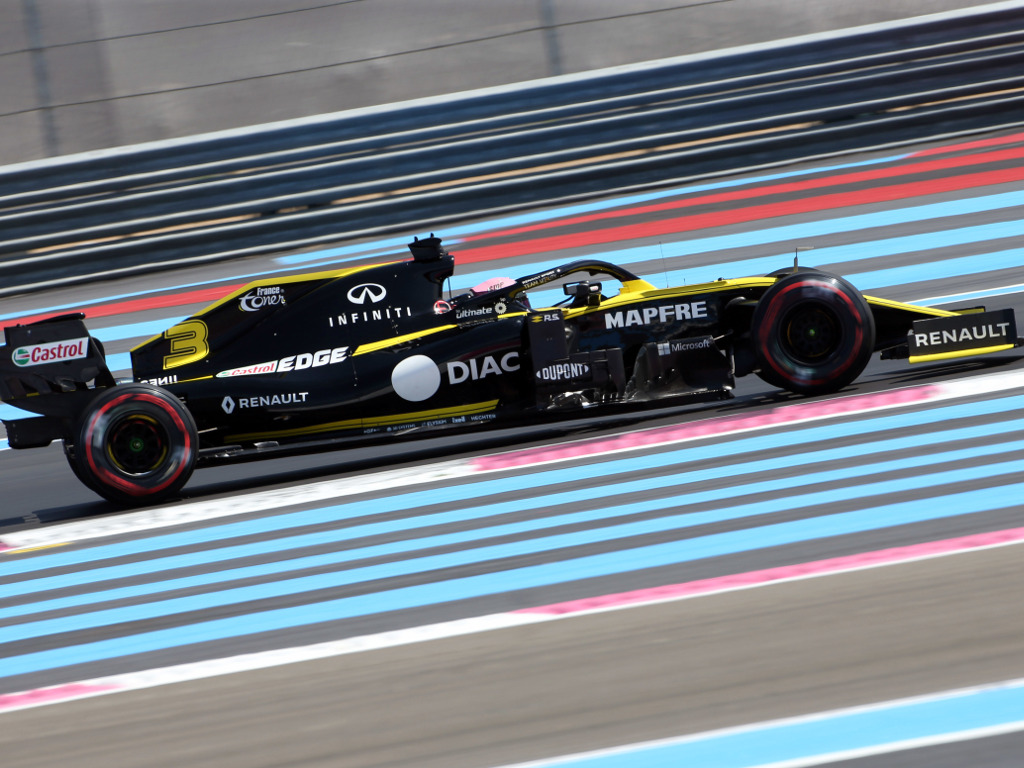 Daniel Ricciardo says Friday’s practice times at the French Grand Prix did not reflect how “good” his updated RS19 felt around the Paul Ricard circuit.

Renault arrived at their home race with a substantial upgraded package that, at least for Ricciardo, included a more powerful engine.

The updated RS19 also featured a new floor and bargeboard, revised turning vanes and changes to the front wing and nose.

The upgrades, though, didn’t yield the times that Renault had hoped for.

“It was positive, although maybe the timesheets don’t reflect how the car actually felt,” said the Aussie.

“Across all our runs, the car seemed good.

“Our Soft tyre run in qualifying trim was slightly tricky, especially with high track temperatures and maybe we missed out a little there.

“It didn’t feel that far off, and I’m certainly optimistic for tomorrow.

“The upgrades seemed positive and we have some data to go through to find further improvements.”

“The morning was productive, but we seemed to lose some pace in the afternoon.

“While we looked fairly competitive on the longer runs, we have some pace to find on the shorter ones. The deltas between the tyre compounds isn’t quite as expected here – there’s not much between them.

“We need to look through the data we gathered to evaluate the new upgrades to make sure we get everything to work together.”