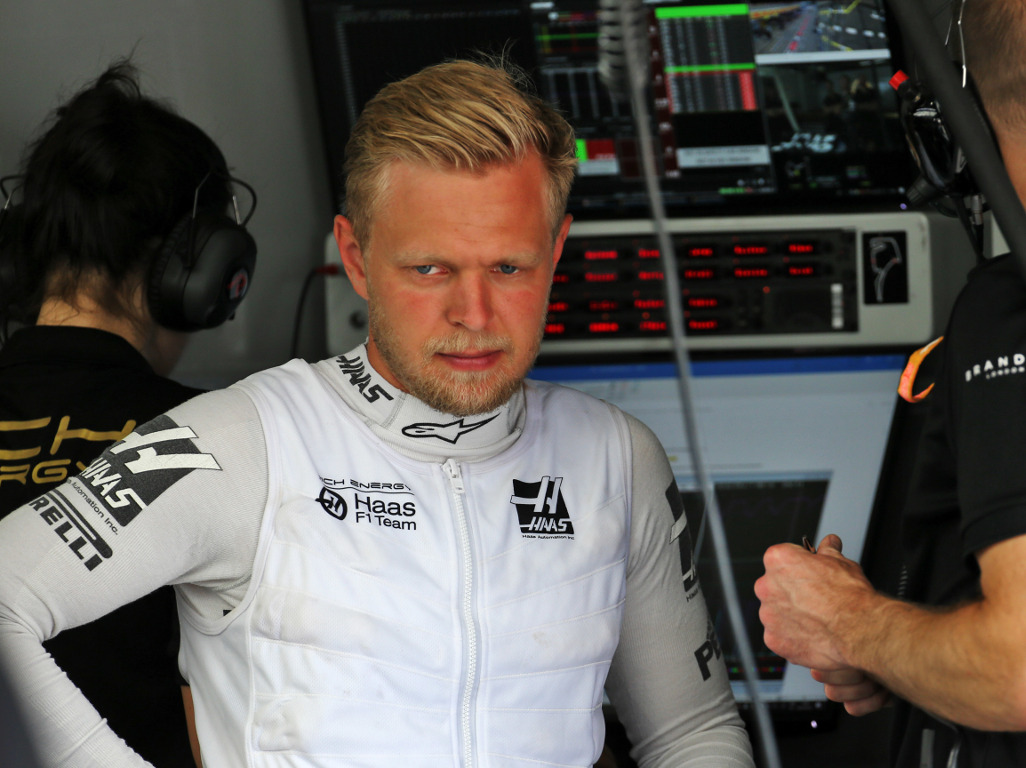 Kevin Magnussen was left to rue Haas’ latest updates saying they didn’t work in Germany while Romain Grosjean is relishing his return to the past.

For the second race week in succession, the Haas team-mates are running different specifications.

While Magnussen has all the team’s latest updates on his VF19, Grosjean is running the team’s Australian GP spec.

The duo have mixed results in Friday’s practices for the German Grand Prix with Magnussen down in 18th place, two seconds off the pace, while Grosjean was P6 and only 0.730s down.

“It looked like a very big gap today and it’s not what you want to see when you’re bringing new upgrades. You want to make progress.

“Initially it didn’t seem like it has done that and it was the same with the upgrade for Barcelona.

“But we have to pursue knowledge and try to understand why these upgrades that were meant to be better, weren’t.”

Grosjean was much happier with his day’s works, and his lap times.

“It was quite exciting to see the lap time in the afternoon being so close to the mix with Bottas and Verstappen,” said the Frenchman.

“Maybe when qualifying time comes it could be a different story, but so far, I’m very happy.

“We’re evaluating a lot of things here. The long runs, I think we can work on that a little bit, we tried different things but didn’t quite get the right direction.

“I’ve got confidence that we can sort that out for the rest of the weekend. The feeling in the car though has been really good.”

Despite the contrasting fortunes of the two drivers, Magnussen cannot revert to the older spec VF19 as Haas do not have enough parts available in Germany.

“I can’t go back to race-one spec even though I’d love to,” he explained.

“It’s also important to learn about these new upgrades – we need to bring upgrades in the season that are better.

“If the difference is as big as it was today, we’ve got to look at maybe just going back to race one with both cars, make the best of this season, try to get as many points as we can with that car.”