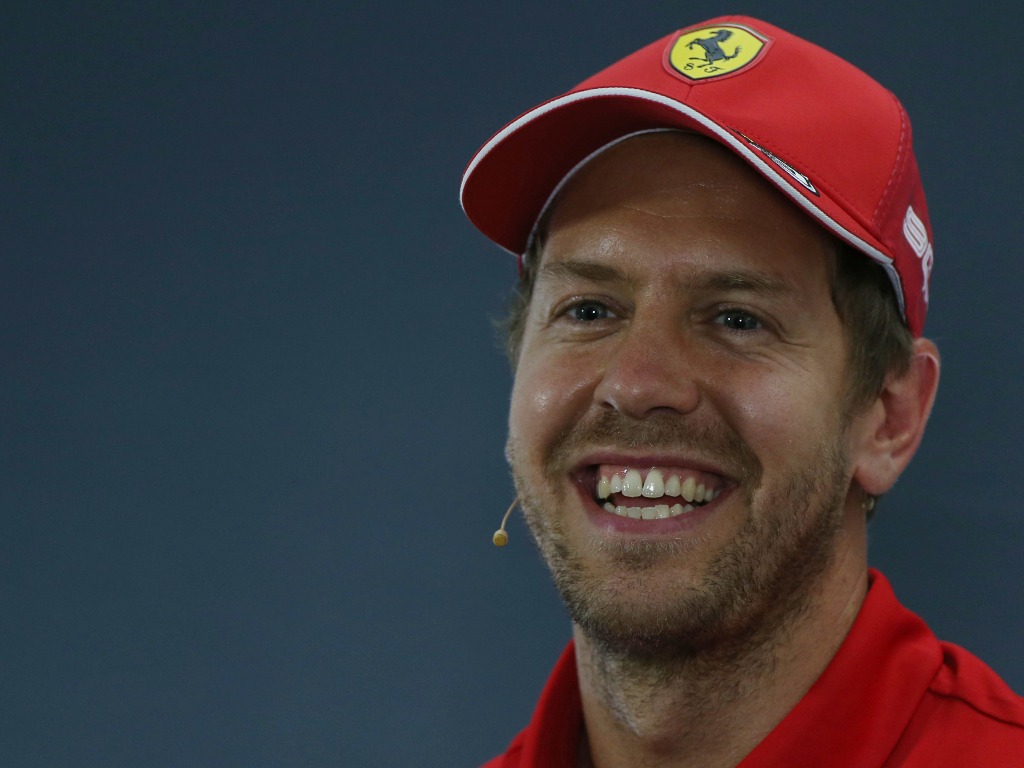 Sebastian Vettel topped FP1 for the German GP by a 0.25s over Charles Leclerc as the heat led to many opting for extremely slow cool down laps and a few near misses.

Taking to the Hockenheimring in the midst of a heat wave with the track temperature 40’C at the start of the session – and 48 at the end, Max Verstappen had just one wish. Alas F1 cars don’t work that way.

I hope an A/C is one of the updates for our car that the team has brought to Hockenheim 😎 #UnleashTheLion 🦁 #KeepPushing #GermanGP 🇩🇪 pic.twitter.com/9oYnB53mhY

The drivers were quickly out for their installation laps with Carlos Sainz and Pierre Gasly both setting times immediately, perhaps keen to get their day’s work over before it gets any hotter.

Kevin Magnussen brought out the red flags after 18 minutes of play as his VF19 shut down after a sensor set off an alarm. His Haas ground to a halt at the entrance to Turn 13.

Magnussen was towed back to the pits in his car – not Haas’ fastest lap ever, while team boss Guenther Steiner reported that it was a “sensor issue with the engine”.

Seven minutes after the red flag was waved, the green light was back on with several drivers, including Lewis Hamilton and Valtteri Bottas in the updated W10 with its new white livery, taking to the track.

Bottas hit the front with a 1:14.8 while Hamilton lined up second with Verstappen P3. The Mercedes team-mates were running the soft Pirellis with Verstappen on the mediums.

Charles Leclerc split the Merc as he went P2 only to lose out to Hamilton. The Brit upped his pace to put Mercedes on the 1-2, 0.048s down, while Magnussen after his earlier sensor drama was P15.

The drivers took a breather at the 45-minute mark as they returned to the pits to hand their first set of tyres back to Pirelli. That usually happens at 40 minutes but because of the red flag they were given an extra five minutes.

With track and air temperatures soaring, the teams are feeling their way into the weekend as we hit the halfway point in FP1 ⏱️#F1 #GermanGP 🇩🇪 pic.twitter.com/Nk1OhK48VE

The action resumed with the track temperature up to 45’C and rising.

Bottas swapped his soft tyres for a set of mediums and was quicker through the second sector only to completely botch it at the final corner. No such problems for Hamiton, a 1:14.315 for the Brit on his mediums. He also ran a bit wide at the final corner but nothing like Bottas’ moment.

Bottas put in a better second lap on the mediums, shaving the gap to Hamilton to 0.345s while Carlos Sainz was another on the up as he went third in the McLaren ahead of Romain Grosjean, Leclerc and Verstappen. The latter two had yet to take to the track for a second run.

With 25 minutes remaining traffic became a huge problem with Hamilton having a near miss with a SportPesa Racing Point while Kimi Raikkonen also had to take evasive action as drivers on out-laps or in-laps became mobile bollards. “The f*** is these people doing,” said Raikkonen.

Hamilton was third fastest ahead of Verstappen and Bottas. The championship leader was 0.05s slower than Leclerc despite Mercedes’ concerns about their W10’s cooling.

Bottas was fifth but his session ended with a trip into the kitty litter at Turn 13 as he locked the front left and went off the track.

Pierre Gasly, Sainz, Grosjean, Lance Stroll and Daniel Ricciardo completed the top ten. Ricciardo was another to have a late incident as he spun his Renault.