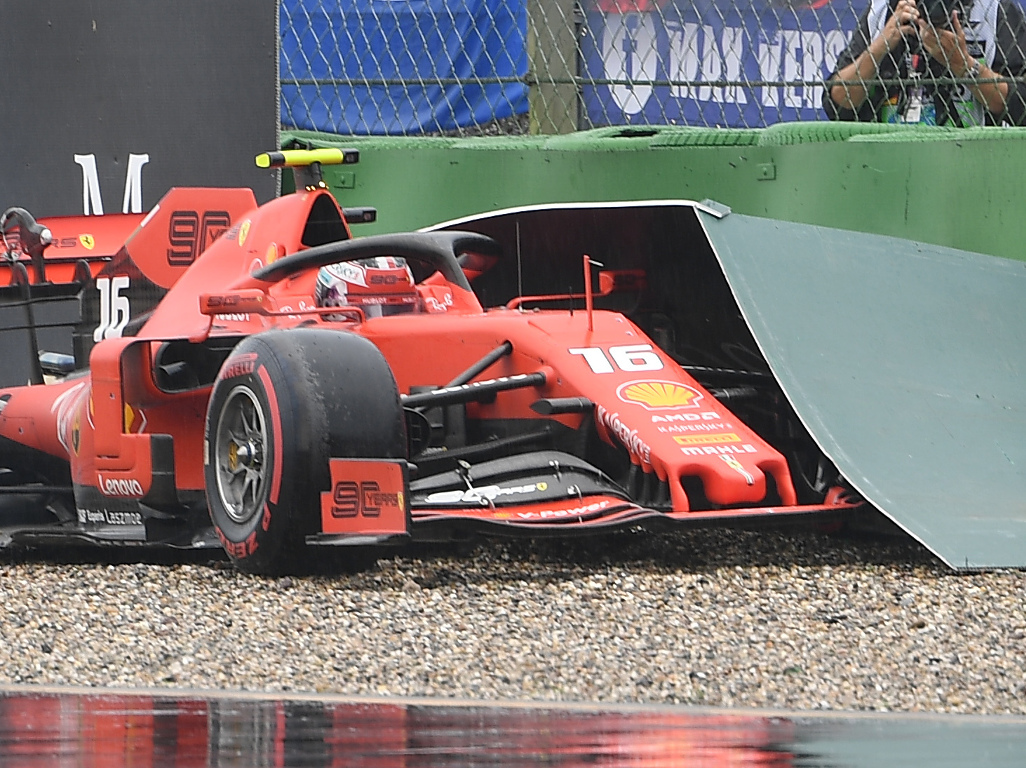 Retiring from Sunday’s German GP, Charles Leclerc admits he made a mistake but reckons it wouldn’t have been a big deal were it not for the “dragster track” tarmac at Turn 15.

Leclerc made a solid start to his German Grand Prix, racing from 10th on the grid to sixth at the end of the first lap.

Showing pace in the wet, the Ferrari driver was on course for a strong points-finish, if not even a shot at the podium, only to throw it away at Turn 15.

Swapping to slick tyres, Leclerc lost control of his SF90 and slid off the track and into the barriers.

“It was very slippery,” he told RaceFans.net.

“The only thing I can say is I think it’s unacceptable to have this type of tarmac exit out of the two last corners there.

“It’s like a dragster track and once you go on it, it’s just very, very dangerous.

“So my mistake was not huge but the fact that going on this tarmac I had absolutely no control over the car.”

Although Turn 15 saw several incidents during the race, Leclerc admits the off was his fault.

“This is in no way an excuse to the mistake,” he added.

“I take full responsibility of it but I believe that this type of tarmac should not be on a Formula 1 track.”

“I feel very bad for the team, for the fans, for everyone that has been working also to put the car back together for today. It’s a big shame.”