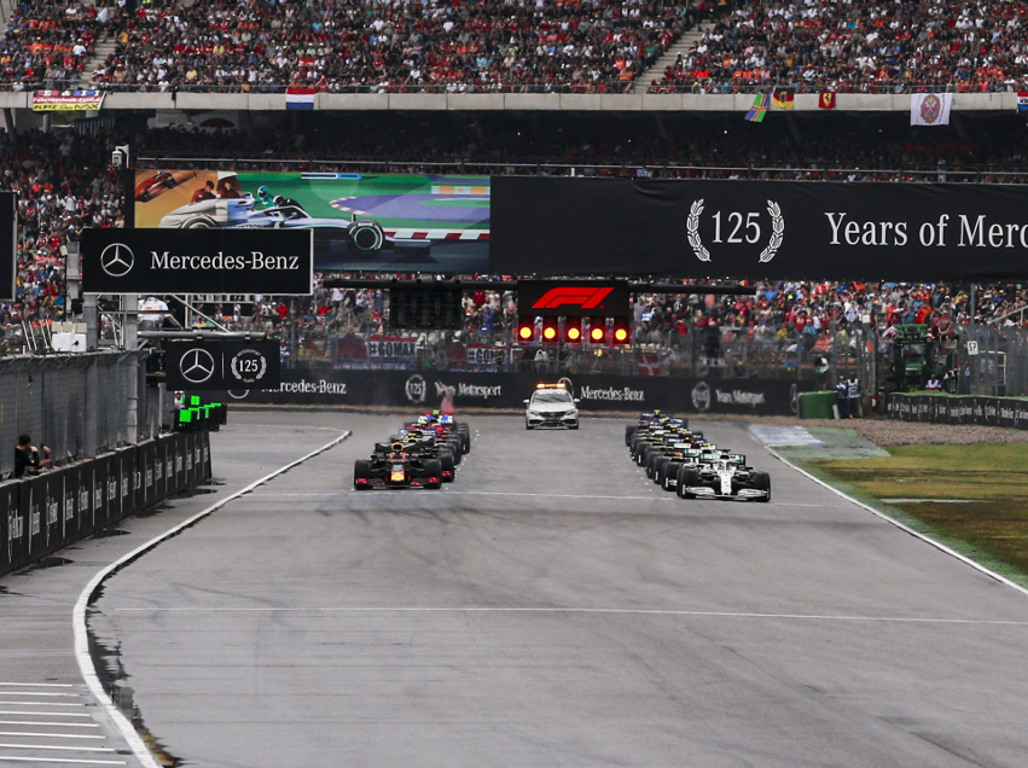 F1 race director Michael Masi says having a standing start at the German GP was a “very simple decision” given the feedback they were receiving from the drivers.

Sunday’s race at the Hockenheimring was the first wet grand prix of this season.

As such the FIA opted for caution with the event getting underway with a handful of formation laps behind the Safety Car.

But with the drivers reporting that conditions were good enough to race, a standing start was held and a reduced 64-lap German GP got underway.

“[We] split the driver radios between us to listen what their feedback was, in general what they thought of the track as it was evolving,” Masi told RaceFans.net.

“To be honest, the way it was, it was in hindsight a very simple decision to go for a standing start restart, or to start the race.”

Prior to the start of the formation laps, the Medical Car also did several in- and out-laps to assess the conditions, also helping to sweep away some of the standing water.

Masi added: “Effectively the rain abated, [that] helped us out as well. When you’ve got 21 cars including the Safety Car going around it helps.

“We saw also from a standing start side of it, it was track conditions, overall level of water, the whole thing comes into the equation.

“A lot of it’s just instinct to be honest. Gut instinct.”