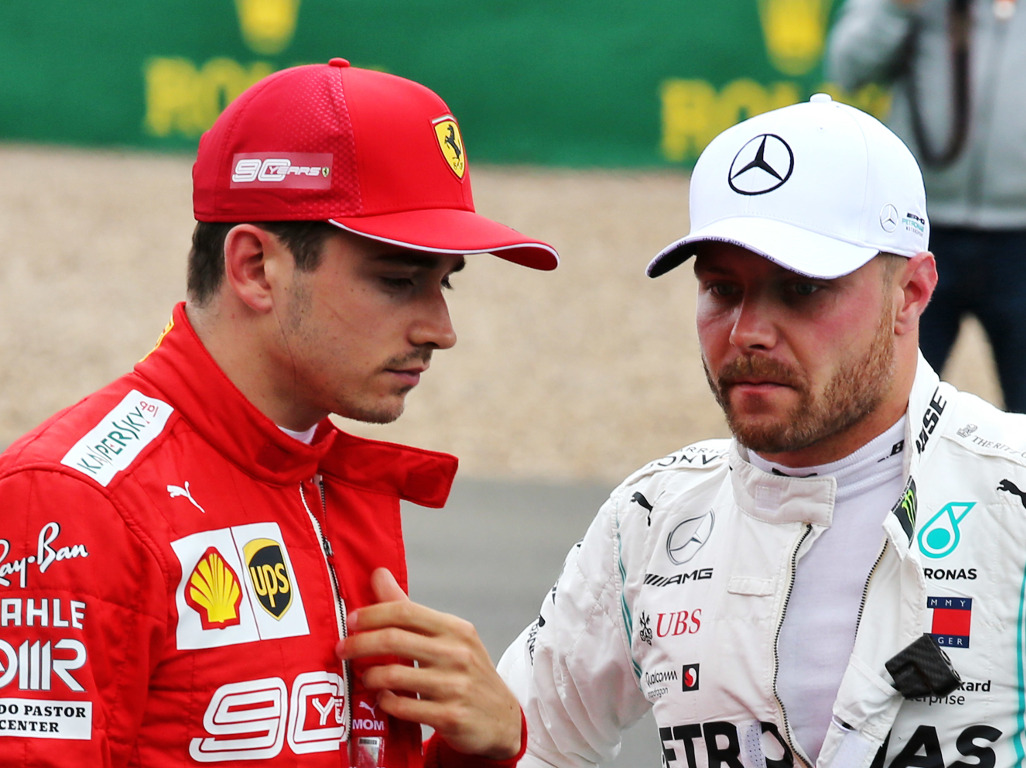 Valtteri Bottas has blamed Charles Leclerc for compromising his Hungarian GP, saying the Ferrari driver just “swept across and took my front wing”.

Bottas was in the thick of it on the opening lap at the Hungaroring as he attempted to take P1 off pole-sitter Max Verstappen but instead found himself defending his position from his own team-mate Lewis Hamilton.

However, two locks up in two corners meant Bottas not only didn’t take P1, he fell to third and was vulnerable to an attack from Leclerc.

That didn’t at all well for Bottas.

He lost his front wing as the Ferrari driver clipped him on the run up to Turn 4.

Bottas was forced to pit for a new front wing and fell to the very back of the field.

“On the way to Turn 4, Charles had a clear run on the inside but suddenly swept across and took my front wing, so that was it,” said the Finn.

“It compromised my race, as I was losing big chunks of time in the beginning. Then I stopped early, was going through traffic all through the race, so that was basically the story.”

He added: “I saw the onboards, and when I saw it from (Sebastian) Vettel’s onboard, it was pretty clear that I was just going straight ahead, he was on the right and he would have been, anyway, ahead of me before Turn 4, but suddenly he just swept across and for me it was too late to react.

“I mean, I love hard racing, that’s for sure, but that was just completely unnecessary. It compromised my race, he was lucky not to get a puncture, so that’s not how it should be.”

For his part, Leclerc wasn’t even aware of clipping Bottas’ front wing.

Bottas recovered to eighth on the day with team boss Toto Wolff adamant that the Hungarian GP will not be taking a one-off snap shot when deciding the Finn’s future.