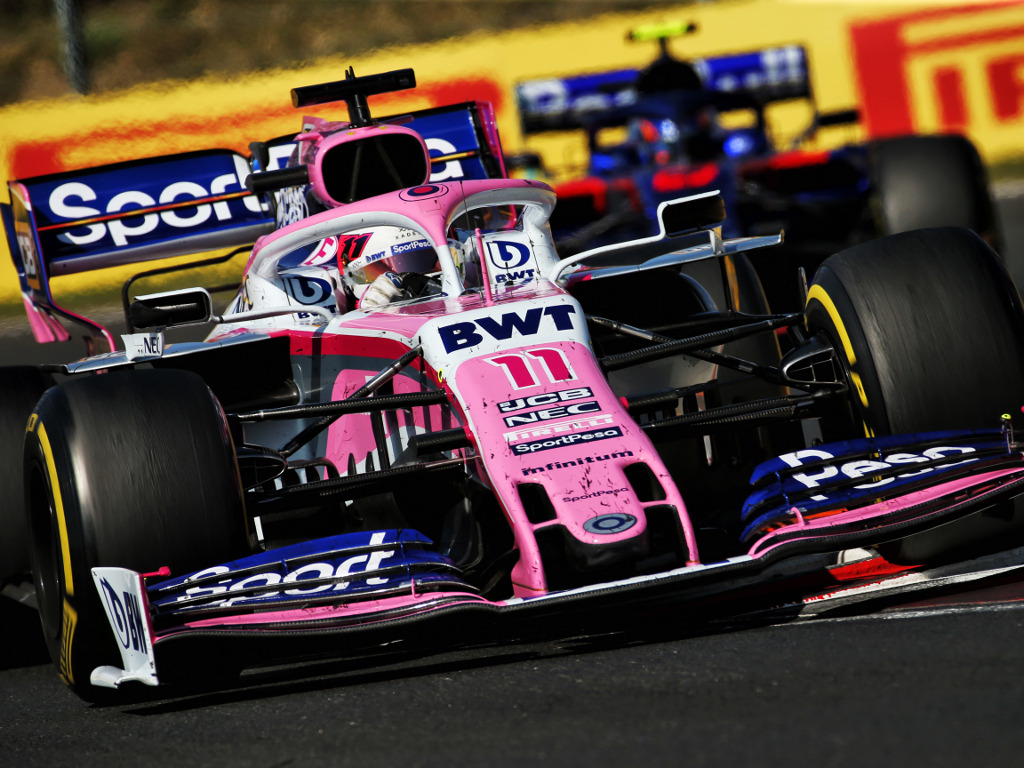 Sergio Perez says Alexander Albon just “crashed into” him during the Hungarian GP in what he billed as an “unnecessary” collision.

The duo were fighting for the final points-paying position at the Hungaroring, which Perez held after SportPesa Racing Point’s strategy elevated him into the top-ten.

However, in the closing laps he cam under threat from Albon with the Toro Rosso driver quickly making his move.

That ended in disaster for Perez, who was left with a damaged RS19.

“It was a very good start, very good first lap, managed to get some good positioning,” he told Autosport.

“In the first stage we were just managing and then [went] for a very aggressive strategy we managed to undercut [Romain] Grosjean and [Nico] Hulkenberg.

“Then towards the end, Albon came very fast and crashed into me, damaged my suspension and the last three or four laps were very challenging and [I] finished P11.

“Great race, we gave it everything, hopefully, the second half of the season will be promising for us.

“[But] the contact was very clear, there was some damage into my car.

As for Albon, he didn’t see the collision as anything “serious” but feels the blame rests with Perez.

“We had the run on him, and he left a space on the inside, so I went for it, and then he closed the space, but to be honest he still left me enough space,” Albon told Sky Sports F1.

“I thought the move was done, and then he turned in on the apex when I was next to him.

“We had a bit of a clatter, but nothing serious. It’s that thing where you come out of the corner and you’re like ‘I hope my steering’s straight’ – and it was, so it was OK.”