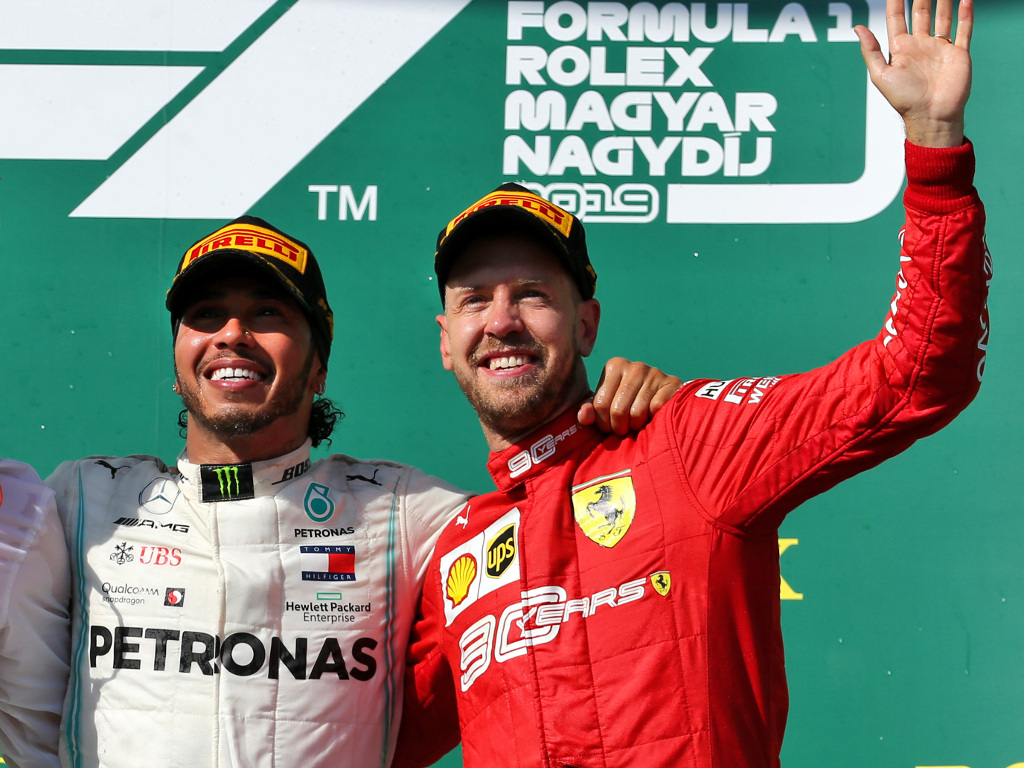 Running fourth and off the pace of the leading two in Hungary, Sebastian Vettel played the strategy card to take the final podium position off his team-mate on the penultimate lap.

Losing out to Max Verstappen and the Mercedes drivers in Saturday’s qualifying, it was more of the same in Sunday’s 70-lap Hungarian Grand Prix.

While Verstappen and Hamilton scampered off into the distance, Ferrari fell further and further behind with Charles Leclerc leading his team-mate.

Although both Scuderia drivers did one stop to Hamilton and Verstappen’s two-stoppers, they finished the race 40 seconds behind second place.

It was Vettel who eventually took the final podium position as his long first stint meant he was on fresher soft tyres for the final 30 laps and was able to hunt down Leclerc and pass him.

“We had nothing to lose,” Vettel explained.

“So we stayed out very long in the first stint, and hoped that the soft would last in the end which they did.

“I think they were the fastest tyres in the end, so we were able to close the gap. I had one opportunity which I took, so I’m happy to have some champagne now. It’s good to have a break as I feel we need to charge our batteries.”

Next up on the calendar are two high speed circuits in Spa and Monza.

The sweeping nature of both circuits should play to the strengths of Ferrari’s SF90.

“I don’t want what other people will do in terms of updates and on the engine side but we’ll see,” Vettel said downplaying Ferrari’s chances.

“On paper they look better for us.

“We know we have margin in the car so it will be a busy break for us.

“I don’t think anyone’s minds can rest in the two weeks so maybe we’ll come up with some good ideas for the second half.”