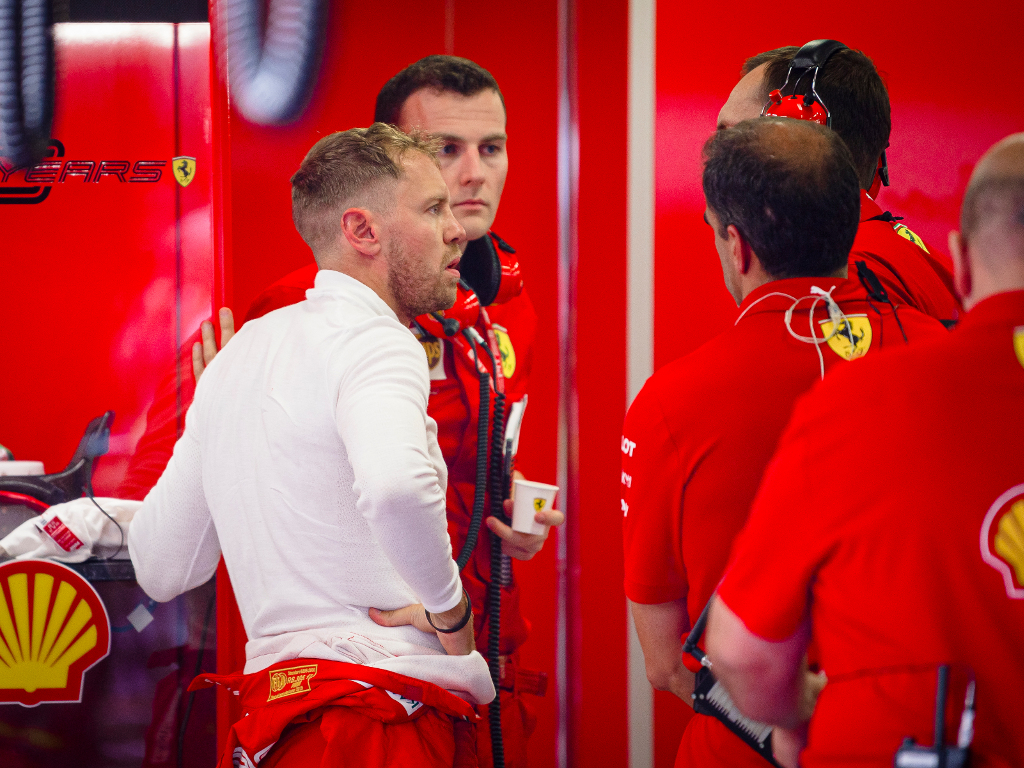 Racing his way from 20th to P2 at a wet German GP one would have thought Sebastian Vettel had a grip on the rain but that was not the case at a damp Hungaroring on Friday.

The Ferrari driver, fresh from his masterful drive onto the Hockenheim podium, was back in action in Hungary on Friday.

While FP1 took place in most dry conditions, just a few drops of rain fell, the rain came down in second practice.

Vettel was a disappointing P13 in that session, having set his best lap time on the hard slicks while the track was damp but not completely wet.

“Maybe I was too chicken,” he told the official F1 website.

“You know you have a long session ahead of you, so I wasn’t quite sure how much it was raining, because there were quite a few big drops, but the track was absolutely fine.

“It was the first run, we were also on the hard tyres so a bit slow to come up to [temperature].

“The red flag [after Alex Albon’s crash] didn’t help, but all in all it was okay.

“I had plenty of margin; I think in these conditions it’s more important I get the answer for the car than the ultimate lap time.”