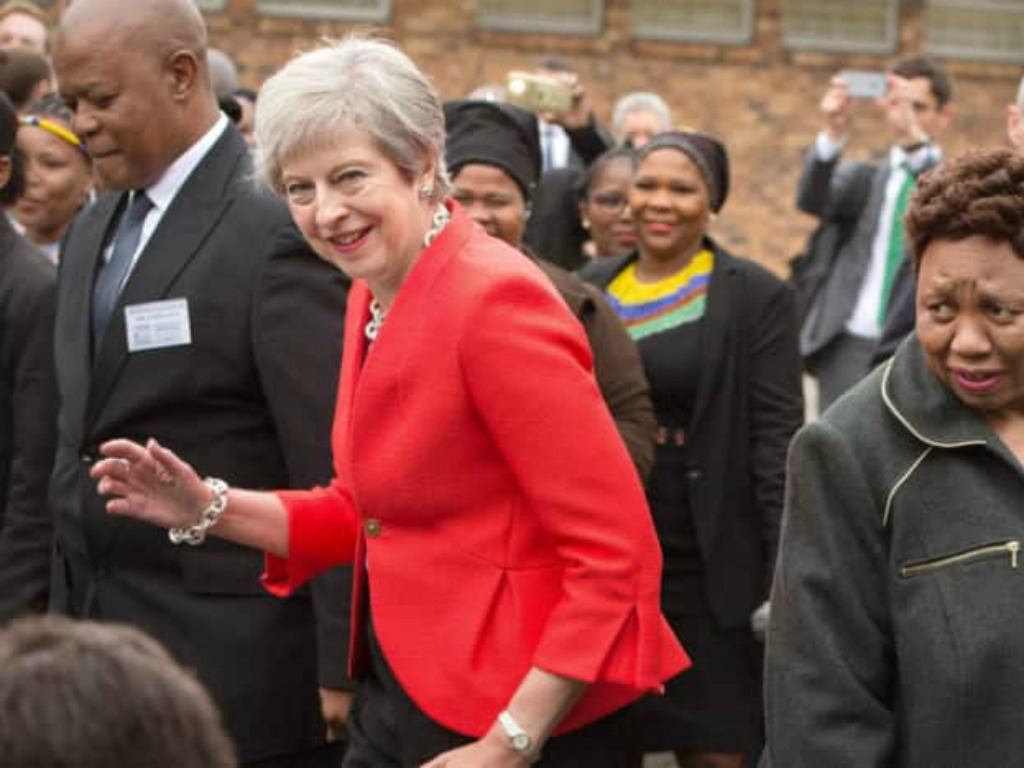 Lewis Hamilton embraces the hate in Italy, Fernando Alonso involved in more squabbles, and who knew Theresa May was a Formula 1 fan?

Perhaps the signs that race weekend would not go Ferrari’s way were made apparent as early as Wednesday, when Sebastian Vettel suffered this rather embarrassing crash at the F1 Milan festival.

Of course, someone just had to go one better and mix in Vettel’s radio message from the German Grand Prix when he found the barrier there, too.

Already did it yesterday! Take a look! pic.twitter.com/uKW6NVudFk 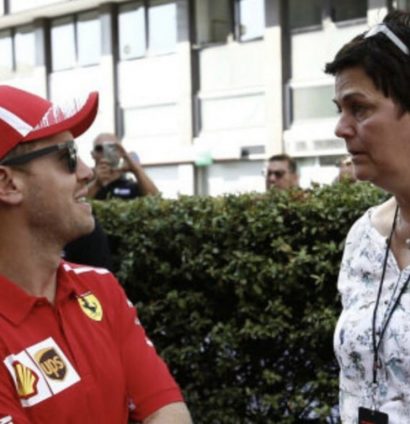 That wasn’t the only early crash in Italy either. This sounded expensive…

An early visit to Kimi corner this week and it is tinged with a bit of sadness. He is never going to get a better chance to win a race again, is he?

Before we become a blubbering wreck, let’s remind ourselves why we love him so dearly.

Is this the most Kimi reaction ever? 😂#ItalianGP 🇮🇹 pic.twitter.com/btCiUIOGeI

Let some other Finns show you how it’s done, Kimi.

Listen in as Finland's MTV3 commentators react to Kimi Raikkonen's pole at Monza. You won't be disappointed 😁#ItalianGP 🇮🇹 pic.twitter.com/HGEhuS5H86

"Kimi Fucking Räikkönen, you did it" 😂😊 pic.twitter.com/5kIfQc52x9

Let’s have another go then, Kimi, at capturing that great moment when you clinched pole. To the press conference…

Q: Kimi, you got quite a reception on your slow down lap as well?
KR: I don’t hear them.

Nothing and nobody will change him. Well, maybe the kids will. Find us a cuter picture than this and we will call you a liar. 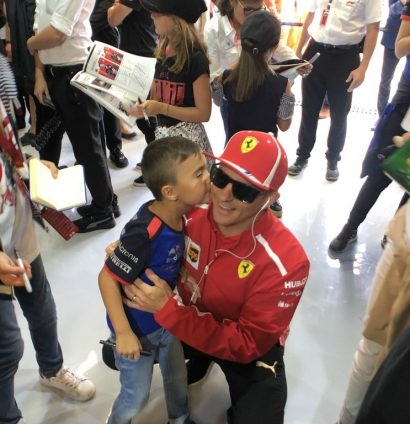 But that would not have hurt half as much as Kevin Magnussen realising he still has an awful long way to go to get to the superstar status of Kimi Raikkonen. Poor chap.

Before Kimi completely takes over Pit Chat, we have something that we are struggling to comprehend. How does this happen…

For Marcus Ericsson to not even having a single hair out of place about five minutes later? 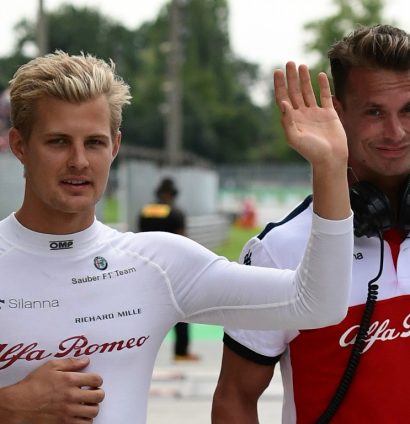 We were expecting at least one plaster.

We do prefer this version, though…

A race retirement and more arguments. It was the standard race weekend for Fernando Alonso, who just seems to be everywhere these days… 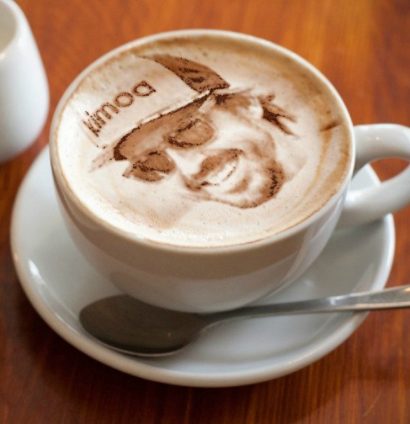 Alonso got reacquainted with his good mate Kevin Magnussen in Monza. Their FP2 clash leading to a one-liner duel.

Alonso: “There are drivers on lots of different levels… and then there are the Haas drivers.”

Magnussen: “I can’t wait for Alonso to retire, he thinks he’s a god.”

1-1 after two rounds. Time to get the bosses involved…

But those looking for happy ending, fear not. K-Mag and Alonso were spotted hugging it out on race day…

Unless it was Alonso’s lookalike… 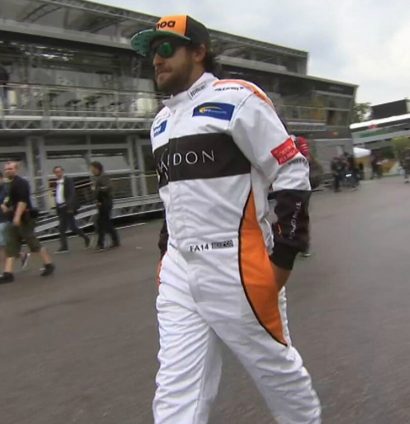 He got caught having a crafty smoke. No, no, it was a yawn honest…

And how about this for a fist bump…

The Tifosi are a passionate bunch, but it was a case of them poking the bear a little too much this year. Booing Lewis Hamilton throughout the weekend, banners like this… 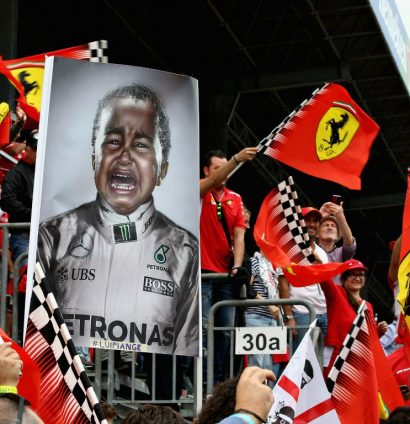 And all that did was give him more motivation to win… 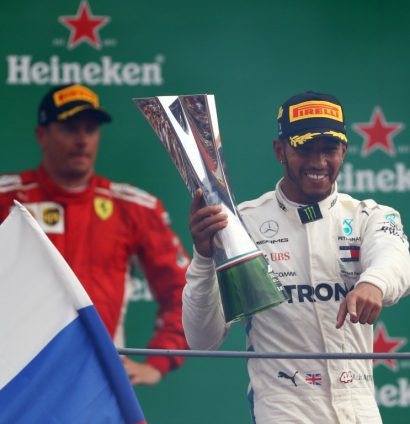 Sorry Ferrari fans, but Hamilton wins this round.

Hamilton’s victory would not have been possible without the help of Valtteri Bottas, prompting some humorous images to appear.

And here is a look at Mercedes’ 2019 challenger… 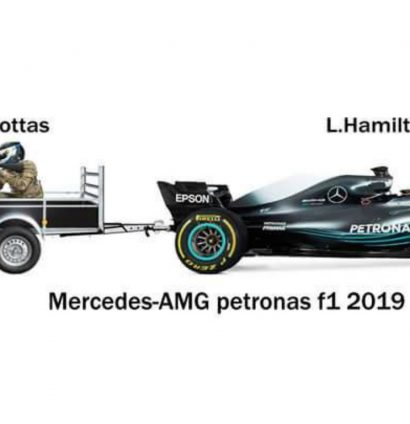 Theresa May has just heard the new #F1 intro music for the first time… 😂😂 pic.twitter.com/wMvolvJXzq

Engineer: “Pierre, how is the track?”
Pierre: “Wet”

He may have disappointed his 'crazy-in-the-nicest-way' Italian fans by signing for Renault, but boy does @danielricciardo love his pizza! 🍕🍕🍕

In fact, it's almost like he came to Monza just to indulge in the doughy delights – as he tells @LeeMcKenzieTV in great detail 😂 pic.twitter.com/hFqUnDJOvs

…before getting some more Dutch lessons. 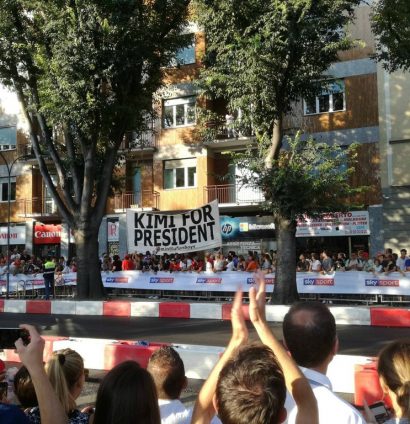