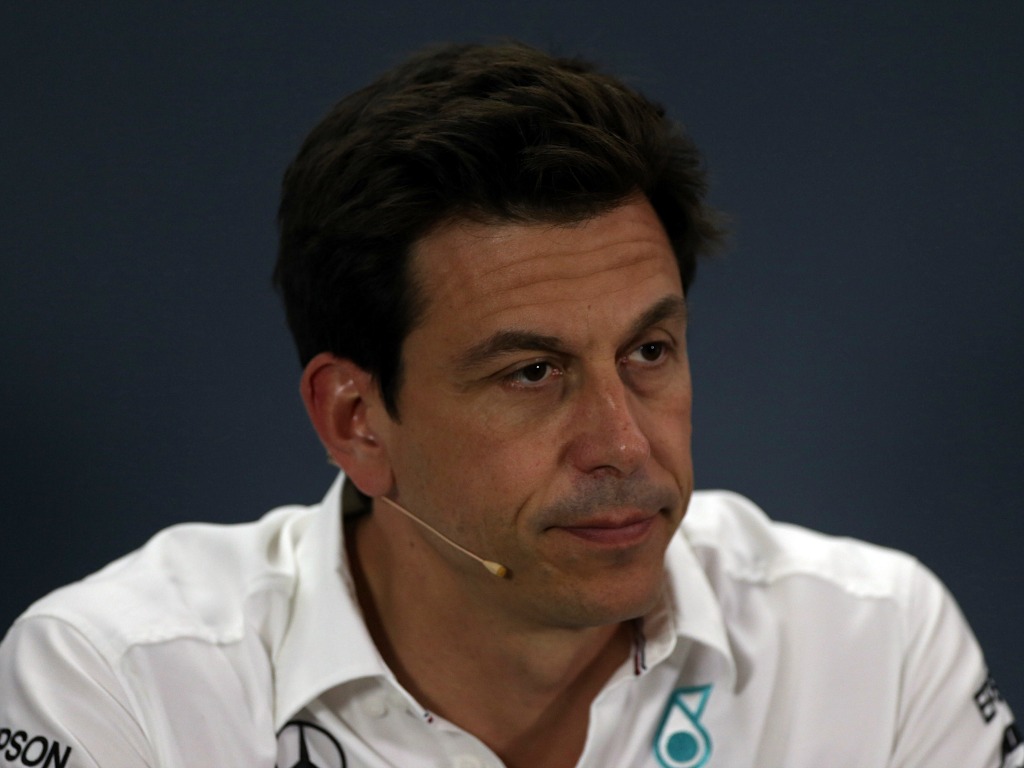 Toto Wolff has said that the behaviour in the final session of qualifying for the Italian Grand Prix was not worthy of Formula 1.

With every driver not wanting to lead the pack on the final run in order to receive a tow, Q3 turned into a shambles as only Carlos Sainz crossed the line in time to do a flying lap.

It meant that Mercedes, despite looking quick throughout qualifying, couldn’t challenge Leclerc for pole position and had to settle for P2 and P3.

“You have been around for 35 years, have you ever seen anything like this? Me neither,” Wolff said to Sky Sports F1’s Ted Kravitz.

“That was not even worthy of a junior formula. The problem is, everyone is trying to get the slipstream and it’s a nerve game of who exits first.

“Some that have exited first start to reduce speed going through the chicane outside of the track. It is junior class.

The Mercedes team principal didn’t believe his drivers did anything wrong, instead placing the blame on Nico Hulkenberg and the rest of the drivers who were at the front of the group.

“Everybody who was at the front at a certain stage,” he responded when asked whose fault the situation was.

“Hulkenberg leading the pack out then going through the chicane. Then some of the other cars reducing the speed.