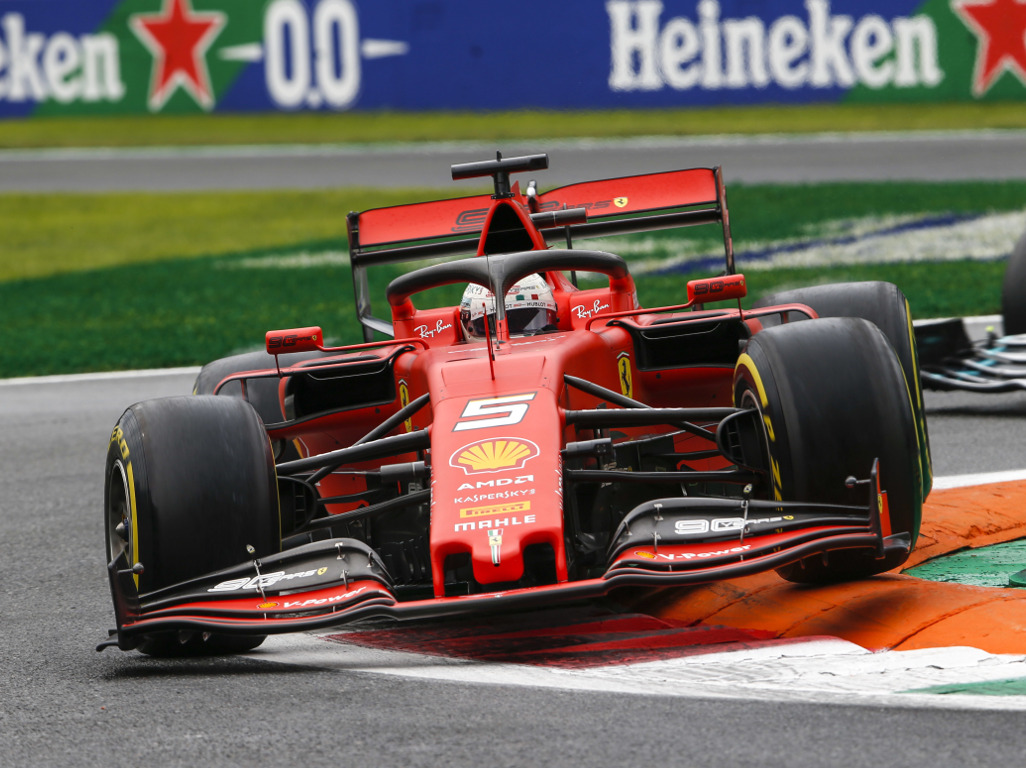 Although Ferrari claimed the practice double in the wet at Monza on Friday, Sebastian Vettel says one look at the timesheet proves Ferrari don’t have the advantage many expected.

Arriving at Monza on the back of their first win of this season at the Belgian Grand Prix, many pundits predicted that the nature of the Monza circuit would play to Ferrari’s straightline strength.

And while Charles Leclerc was quickest in both Friday sessions at Ferrari’s home track, Mercedes weren’t far off the pace.

“The others are quick, Mercedes are not sleeping,” said Ferrari’s German driver.

“I don’t know which paper you had but we didn’t have the same paper then.”

Vettel, though, reckons there is more to come Ferrari especially himself as he had a few scruffy laps in practice.

He added: “Around here with a bit more confidence there’s quite a bit to unleash.

“I think it was a bit of a messy session, I don’t think anybody got the perfect lap.

“I know that I can find more and there was more out there, we can work on the car.”