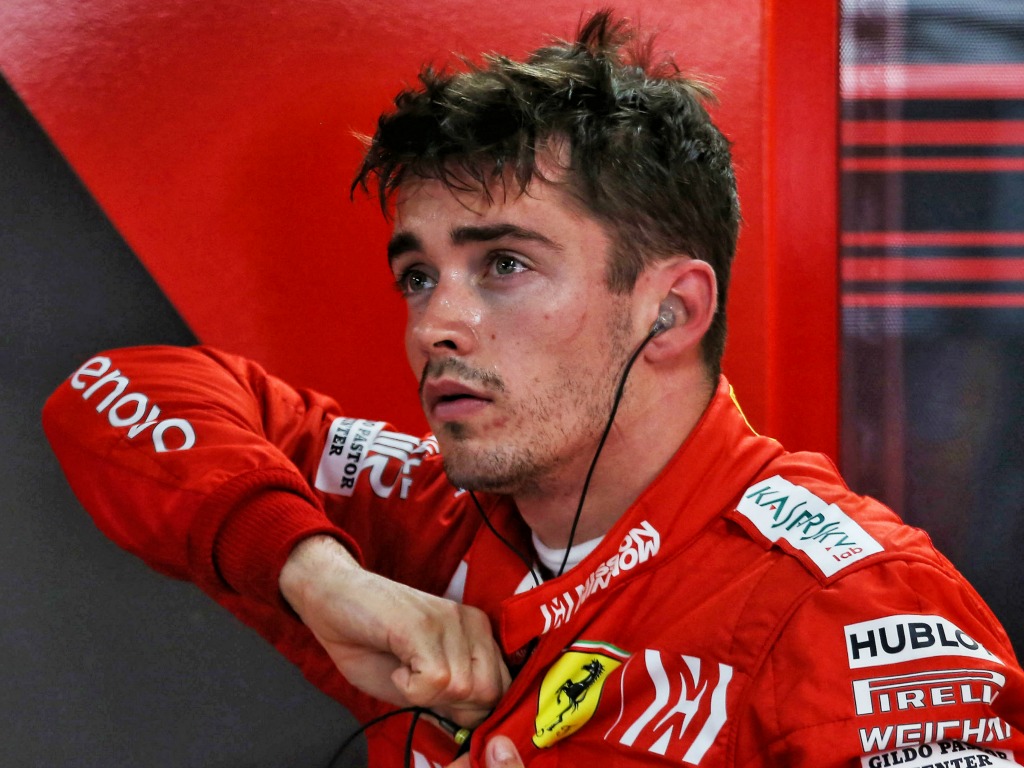 There were two major talking points from Japan: Mercedes’ strategy and Charles Leclerc’s actions after big damage on the opening lap at Suzuka.

The feeling from our readers and forum users is that Leclerc’s post-race punishment was very lenient, especially if he did ignore team orders to pit due to driving an unsafe car.

With his endplate narrowly missing Lewis Hamilton’s helmet, a very nasty incident was only narrowly avoided.

Lewis Hamilton’s onboard when he got hit by Leclerc’s front wing endplate.

Also, did Mercedes’ race strategy throw a 1-2 out of the window?

I don’t see the issue with what Mercedes did with Hamilton. He was giving it everything when Bottas had had his 2nd stop. Despite this, Hamilton was nearly as fast as Bottas. Implying he seriously was pushing. In all that traffic, although he was faster than Vettel at this stage, I seriously doubt he could have kept Vettel behind given he couldn’t get past when he was significantly quicker.

If Hamilton hadn’t pitted, Ferrari’s speed almost certainly will have got Vettel by. I think Mercedes gave Hamilton the best oppertunity of 2nd. I know Bottas will have had to get by Hamilton, but Hamilton’s tyres will not have had the performance he was showing for long.

I may be in the minority, but I think Mercedes were right with what they did, but Hamilton couldn’t pull it off.

Don’t think this is anything to do with giving Bottas a win. He deserved this and would have got it anyway given how bad Hamilton’s tyres will have been at the end. He has managed his tyres so well in the past, but I’m pretty sure they will have been well past it several laps from the end.

To me, they probably cost Hamilton a win. I think he had much better odds of winning the race by staying out than by pitting. Bottas would have caught him but passing is a different story. Maybe he would have, maybe not.

I think Vettel was so far behind that there was no way he was going to get Lewis. Merc threw away a 1-2 finish in this race.

I do get the feeling that they wanted Valtteri to leave with a smile on his face today and understandably so.

It’s quite clear that Hamilton would have won the race if it not for team orders.

I think it had a lot to do with the fact that Vatltteri said after Singapore, where he was told to slow down, that Mercedes would do the same thing if situations were reversed. They did that here and nothing was lost. Both championships are still in the bag.

The threat of Vettel

A number of folks have suggested that a one stop for Lewis Hamilton would have gotten him the win. I personally don’t see that.

To me that would have ended with Lewis SEVERELY holding up Valtteri by driving a very wide car and pushing Valtteri back into within striking distance of Sebastian Vettel with the Ferrari’s superior straight line speed.

It could have easily ended up 1. Hamilton 2. Vettel 3. Bottas as Sebastian passed an impeded Valtteri with DRS.

If Lewis let Valtteri by he might have held off Sebastian and may have produced a Merc 1-2 but Seb also could have got him. Certainly there was no real downside to letting Lewis try a one stop after his pitstop.

I would have liked to see what Lewis could have done with a one stopper but I don’t think it would have been a better race than the one we saw.

FIA need to start cracking down

Should have been an immediate 10 second stop/go for not pitting with that damage. We’ve seen from the Massa/Hungary incident just how dangerous loose bits flying off cars can be and the halo offers no protection from that.

The FIA need to crack down on this; any damage and you box immediately. Not carry on for a few laps and see if it just falls off and sorts itself. The worst case scenario could be a repeat of either the Ratzenberger or Wilson fatal accidents.

Probably a 10 second time penalty for the Max incident at the start, although after Austria I felt there was a certain element of karma with Max being taken out. Today was worse but Austria was wrong too.

I think the turn 2 collision was avoidable and a little different from your typical “first couple of corner” type incidents. A 5 second penalty is probably about right, given the context.

However with Max…. live by the sword and all that…… Farcical how it was issued though.

Ignoring a Race Control instruction to come in to the pits with loose bodywork, the fact being underlined in it’s validity by a bit flying off and hitting another car – after he had been instructed to pit.

That, for me, is effectively ignoring a black and orange flag, if I did that at a club meet, I’d be packing up my stuff for the rest of that weekend and would be in hot water – like race licence revoked hot water – honestly if Race Control has instructed him to pit and he has ignored that….that is Black flag worthy IMO. It’s ignoring a direct safety instruction.

That hit Hamilton’s car with enough force to remove a mirror – 30 cm to the other direction and that could have been serious, serious consequences – and I think the question of a 10 second penalty would seem silly.

Really not been impressed with Masi and his running of Race Control.