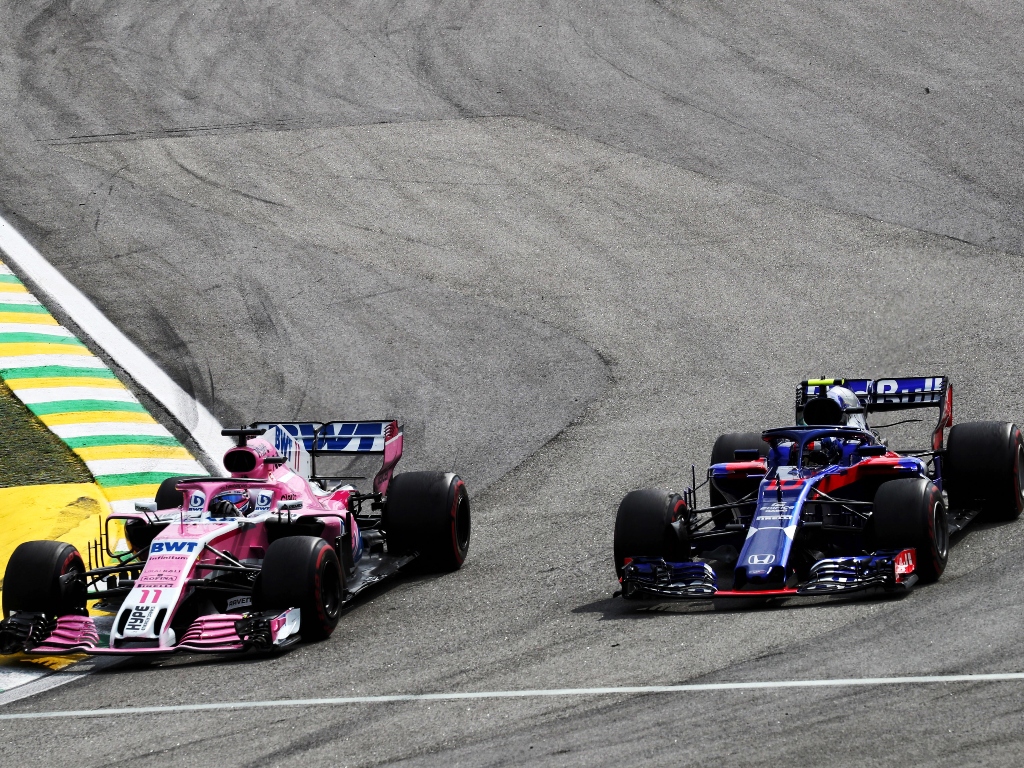 Sergio Perez has expressed his anger at Pierre Gasly’s aggressive defensive driving which caused the former to crash late in the race.

The Racing Point driver was making a late charge to get multiple points when he tried passing Gasly around the outside of Turn 2 and was hit by the Frenchman, causing him to spin and crash out.

Due to an error in the timing system, the race ended a lap early and Perez was therefore classified in P9, but before discovering this, he hit out at Gasly.

“I think [it was] an unnecessary touch,” Perez told Motorsport.com.

“[I] was ahead, gave him enough room, if you see his car is not even on the kerb, on fresh tyres, last lap of the race, I think it was very stupid what he did.

“And he got away with it. I think he was very lucky, but he could’ve ruined his race and lost the points.

“There’s a point where you’ve got to accept that you’ve lost the position. That manoeuvre, Ricciardo did it to me twice – if I kept going, I would’ve done the same [accident].”

Gasly meanwhile, said he expected to be given more space, but wanted to see the incident again before assigning blame.

“I saw he was there, I expected a bit more space, but as I said, I don’t want to blame him for anything, I first want to see the footage and just review everything.”