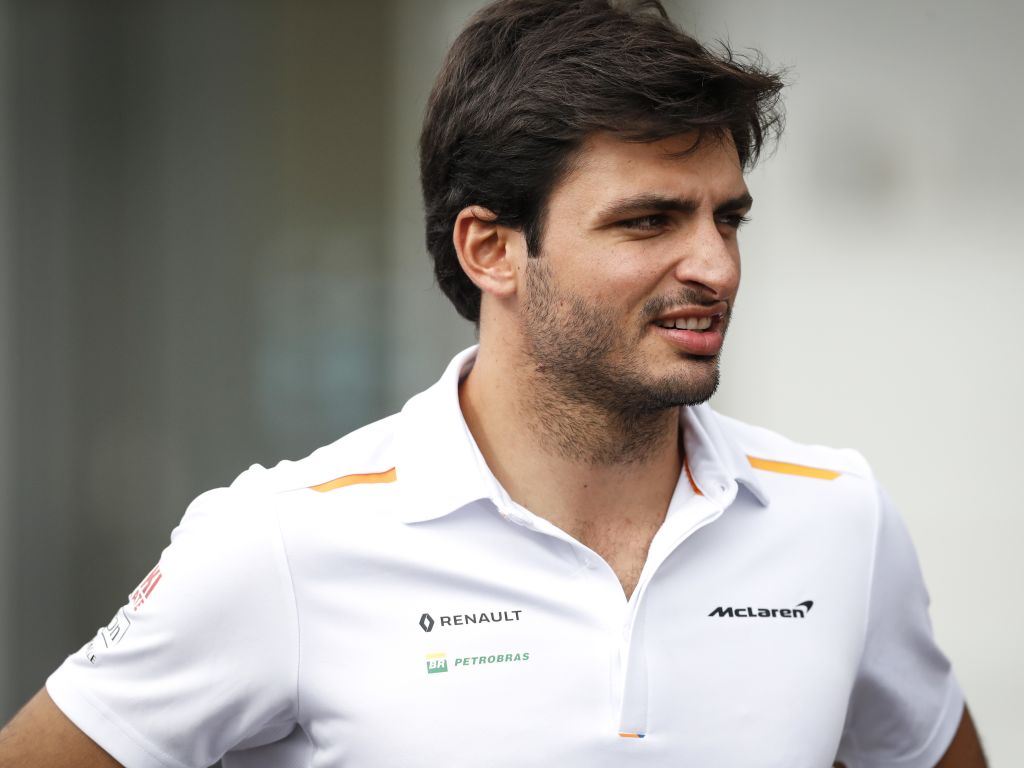 Carlos Sainz says he’s relieved that he ended up having a successful Friday after his McLaren stopped at the start of FP1.

The Spaniard came to a stop at Turn 1 immediately after taking to the track and had to have his car pushed back to the pits by marshals.

“Yeah, it started off with a little heart attack there. I was thinking I was going to miss the whole of FP1,” Sainz said.

Good Friday. Car felt good and we looked competitive. However, not running tomorrow means there were different run plans today so we can’t tell for sure where our competitors are. There is a bit of uncertainty but we’ll be ready for Sunday.#carlo55ainz #JapaneseGP pic.twitter.com/KqUdoqD4CE

After the issue was solved, Sainz returned to track and ended up being the ‘best of the rest’ in both practice sessions.

“The car is responding well into Sector 1 here which is always nice,” Sainz added.

“And then Sectors 2 and 3 are nothing special but we’re making all the time in Sector 1… unfortunately we’re very slow in Sector 3, in the chicane and on the straight.

“That’s why we are nothing special in Sector 3, but if that does mean we qualify in P7 then it’s the right decision.”