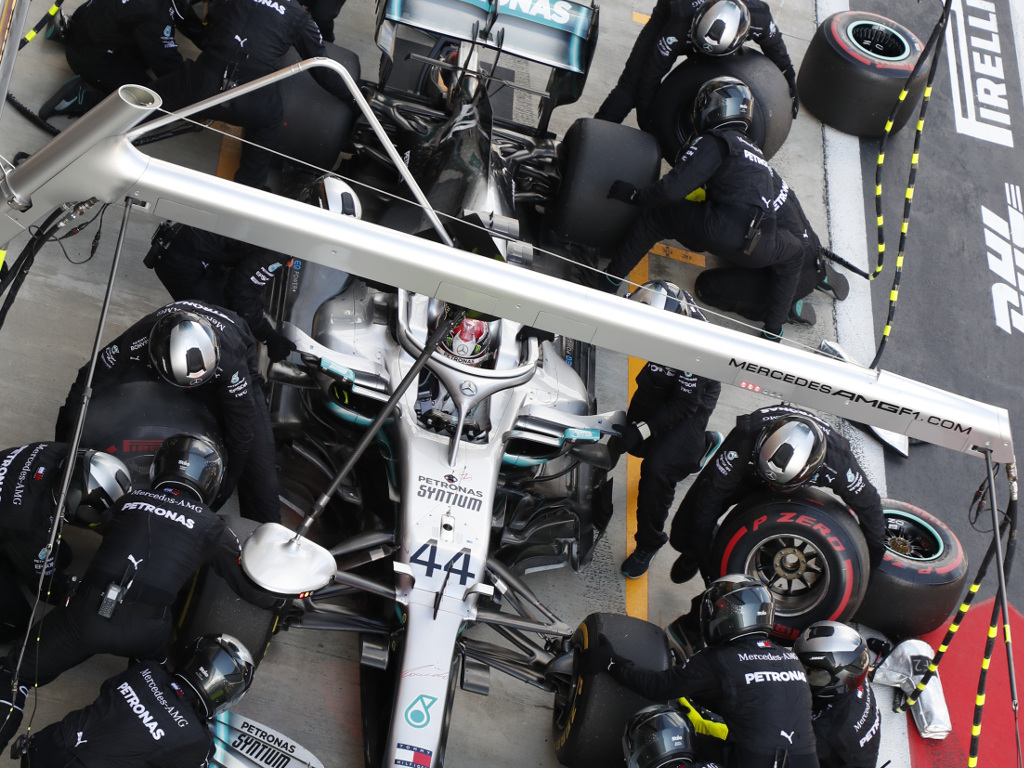 Although Mercedes could wrap up the Constructors’ title in Japan with four races to spare, Toto Wolff says the team will keep its foot “on the throttle” until the very end.

With 162 points separating Mercedes from second-placed Ferrari in the teams’ standings, Mercedes could secure a sixth successive Constructors’ Championship with a strong showing this Sunday.

However, having bagged the majority of their points prior to the summer break, motorsport boss Wolff concedes Mercedes still have work to do.

“We’ll bring some minor upgrades to the car in Japan which will hopefully help us take a step in the right direction,” he said.

“However, we know that we need to extract absolutely everything from our car and the tyres if we want to be able to challenge for a win.

“We have a strong track record there, having won every Japanese Grand Prix in the hybrid era, but we expect this year to be challenging given the strength of our opponents.

“It will be a very close battle on track – and one that we very much look forward to. Our targets for the final quarter of the season is clear and it’s up to us to make sure we achieve them.”

Lewis Hamilton claimed his first win post-summer break last time out in Russia having been lost to Ferrari in Belgium, Italy and again in Singapore.

As such he not only moved a step closer to the Drivers’ title, which he could wrap up at the next race in Mexico, but helped Mercedes take another step towards the Constructors’ title.

“Claiming a 1-2 in Sochi after three races without a win was a great feeling,” Wolff added.

“We delivered a strong race in Russia, made the most of our opportunities and both Lewis and Valtteri drove flawlessly.

“We brought home 44 points, built the gap in both championships and are highly motivated to keep our foot on the throttle for the remaining five races.

“However, the win in Sochi doesn’t change the fact that Ferrari had a stronger start to the second part of the season than we did.”