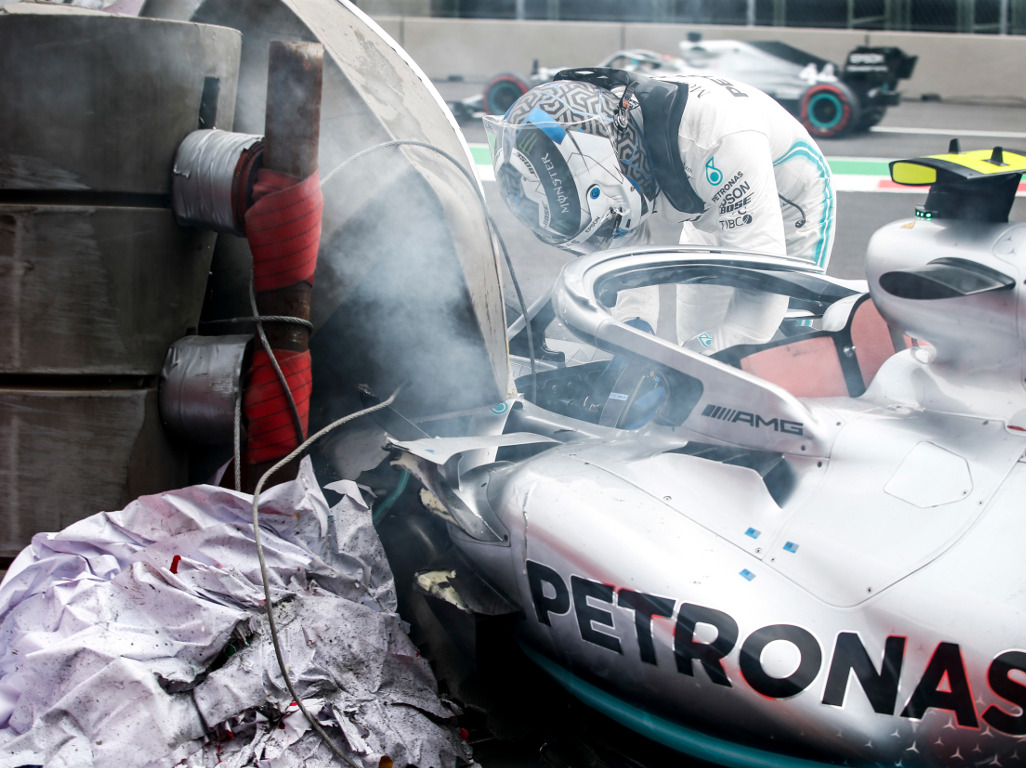 Valtteri Bottas has urged the FIA to change the placement of the TecPro that left him with sore knees when he crashed in qualifying for the Mexican Grand Prix.

On a hot lap at the end of Q3, the Mercedes driver got it wrong and slid into the wall at the final corner.

However, the wall that he was sliding along ended in a TecPro barrier with the Finn slamming into it nose first.

“I was following along the wall, and obviously at the end there was the TecPro barrier, which was a bit nasty actually, how it was at the end,” he told Autosport.

“Definitely, we should try and avoid those kind of TecPro [placement] things.

“It’s a good thing, but how it starts – maybe it should start earlier or much later – but it’s not ideal.

“It would have been all fine, and no pain at all if we had continued along the wall like it was.

Im all good but apologies to the team for the extra work tonight 🔧⚙️#VB77 #F1 #Shunt #MexicanGP @MercedesAMGF1 @F1 pic.twitter.com/XcIF0aiqzd

The impact with the TecPro barrier, which was a hard one, winded Bottas who could be heard breathing heavily over the radio.

“The last hit into the TecPro it just took my breath out a bit – I noticed I forgot the radio was on,” he explained.