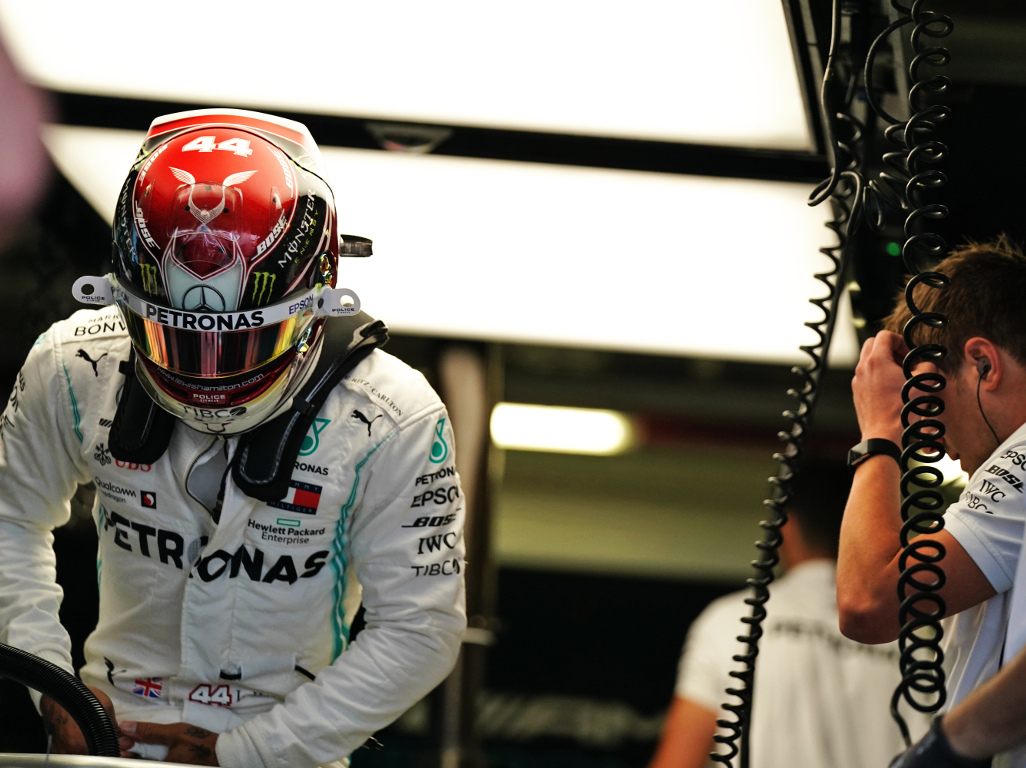 Lewis Hamilton set the pace in Friday’s first practice for the Mexican GP, a session that was red flagged for several minutes after Lance Stroll crashed.

After Thursday’s rain, Formula 1 got down to business on a cold and damp Autodromo Hermanos Rodriguez with F1’s three leading teams all predicting the other will come out tops.

Friday’s first practice gave us a small indication of what could potentially happen.

Given the track conditions it was a slow start to FP1 with Williams test driver Nicholas Latifi, running the soft tyres, posting the first time 25 minutes into the 90-minute session.

That was blitzed by Valtteri Bottas on the medium tyres in the Mercedes. A 1:21.887 for the Finn, which was five seconds off last year’s P1 time in FP1.

More drivers ventured out as the track dried out with Carlos Sainz briefly grabbing P1 before he was edged by Lewis Hamilton. The Brit can wrap up the World this Sunday, he just needs a win and for Bottas to be P4 or lower.

Kimi Raikkonen was the first to have to navigate the Turn 1 bollards, slowly working his way back onto the track in the manner laid out by the FIA on Friday morning.

Track conditions are testing the skills of the Finns

Both Kimi and Valtteri are getting to grips with the slightly slippery surface#MexicoGP 🇲🇽 #F1 pic.twitter.com/OC9qyGjWVp

Sebastian Vettel hit the front before he was overhauled by Bottas, Hamilton and then 2017 and 2018 winner, Max Verstappen. The Red Bull driver lowered the benchmark to a 1:19.035.

Vettel got it wrong at Turn 1, Pierre Gasly at Turn 12, Verstappen also at Turn 12, Bottas at Turn 11 and Antonio Giovinazzi cut the grass at Turn 1 while Charles Leclerc hit the front with a 1:18.849.

As with the first part of FP1, it again took a while for the track action to heat up with Latifi eventually breaking the silence as he continued to evaluate parts for Williams.

The Racing Point driver got it wrong at the exit of the stadium, sliding into the Turn 16 barrier and denting it.

His RP19 was left with a broken rear wing and left-side damage but he was able to return to the pits under his own steam.

The red flags, though, were out for the marshals to push the Techpro barrier back into position and clear the debris.

FP1 resumed with 21 minutes remaining and a two-lane queue at the end of the pit lane.

Hamilton, on the soft tyres, hit the front with a 1:17.327 while Vettel reported a “mess at the last corner” as traffic caused issues including minor contact between Verstappen and Kevin Magnussen.

Verstappen tried to dive down the inside of Magnussen and got a whack for his efforts.

The Red Bull driver blamed Vettel: “What the f**k is Sebastian doing? Everybody is waiting and he tries to go by.”

Leclerc, running the medium tyres, moved up to second, 0.119s down on Hamilton, as his team-mate cut the Turn 1 grass – again.

Verstappen on the soft tyres was a further 0.015s down with Albon in fourth.

Bottas finished the session in fifth place ahead of Vettel, Sainz and Gasly.