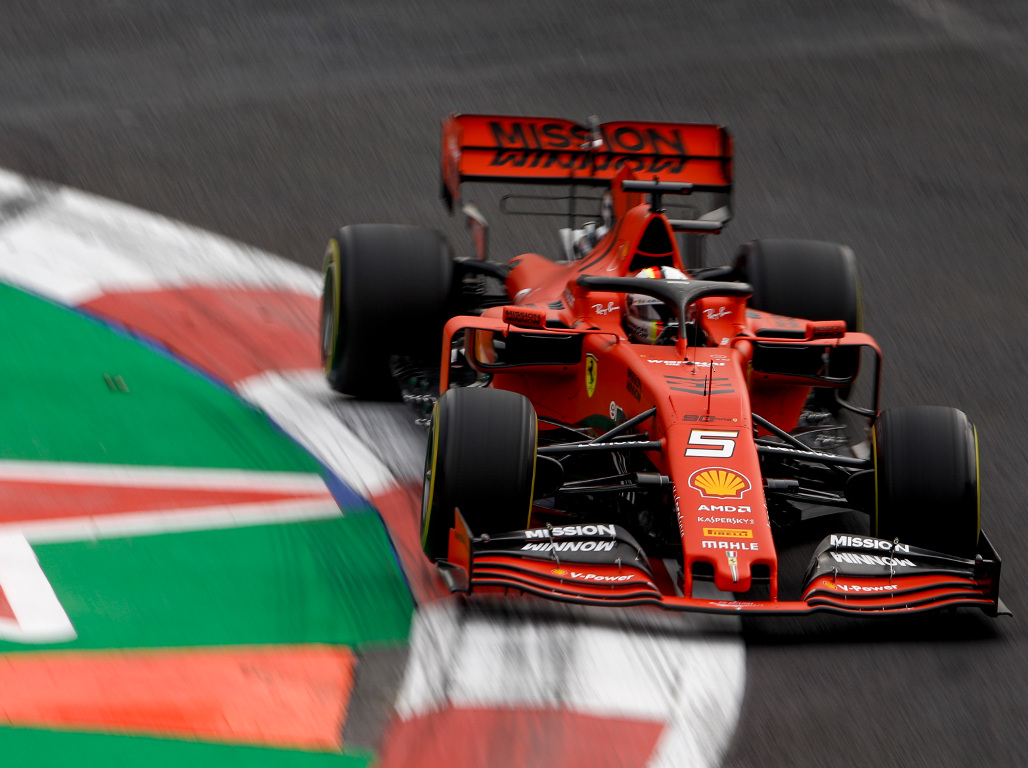 Although Ferrari set the pace in FP2 in Mexico City, Sebastian Vettel is expecting a close battle for pole position come qualifying.

The German topped the timesheet on Friday afternoon with a 1:16.607.

That put him 0.115s ahead of Red Bull’s Max Verstappen, the twice defending Mexican GP champion, while Charles Leclerc was third.

Surprisingly Mercedes were well off the pace with Valtteri Bottas the Brackley squad’s best-placed driver but he was 0.6s down on Vettel’s best.

The Ferrari driver, though, reckons those gaps will close up come qualifying.

“It looked very tight today,” he told the official F1 website, “and I think it will be tomorrow between the three teams.

“I think it was okay.

“I think we still have areas we can improve the car, the balance and the feel.

“I guess it will be tight tomorrow.”