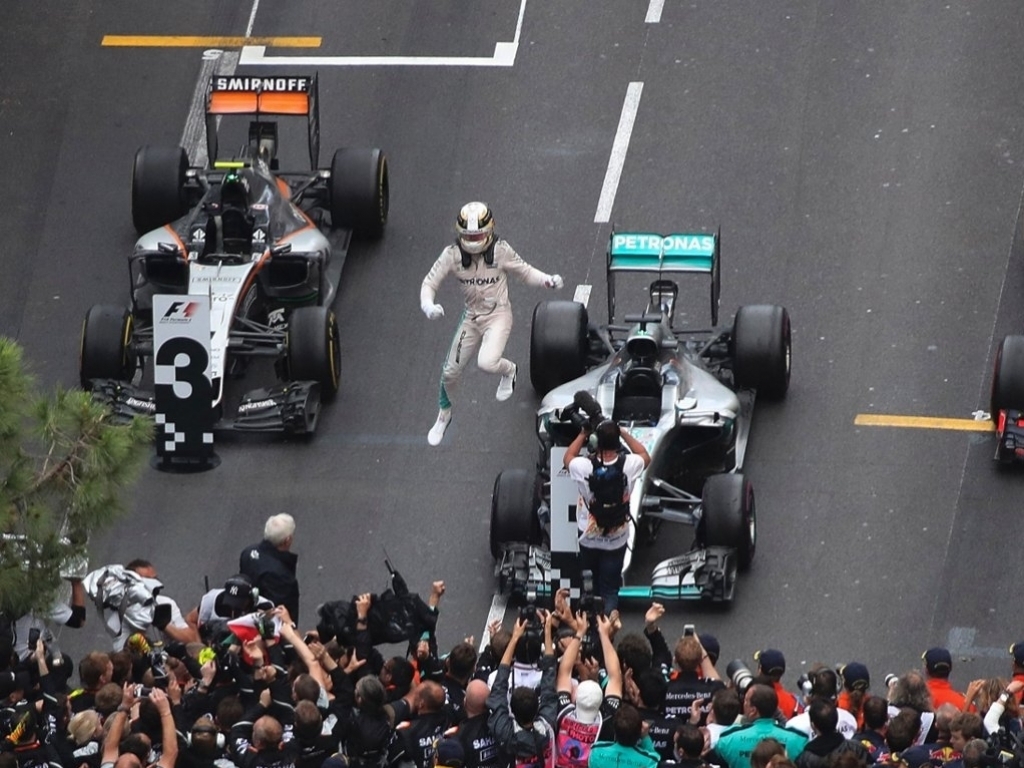 In this hybrid era of Formula 1, there are few tracks where Mercedes have gone two seasons without winning. Monaco is one of them, but with their form, it’d take a brave man to bet against this changing…

At the start of this season, there were four grands prix that the Silver Arrows had failed to win in either 2017 or 2018; Australia, Bahrain, Monaco and Mexico. They have already broken their duct at two of them, and look set to do so again.

Monte Carlo’s street race needs no introduction. A staple of the calendar since the sport began, it is undoubtedly the most famous and iconic race out there, and for good reason.

Everything great about it can be summed up by looking back at one moment in 1955. Following a double Mercedes retirement (those were the days), Alberto Ascari was set to win, but a brief lapse of concentration at the chicane sent him hurtling off the track and into the harbour. If this doesn’t highlight the challenging, punishing nature of the track, I don’t know what will.

What happened next epitomises the other side of the Monaco Grand Prix. After three seconds, Ascari emerged from the water with a broken nose, but thankfully, there was a nearby yacht that he could clamber on to. Only in Monte Carlo…

It does have its downsides though. Being so narrow, the track does inevitably have an overtaking problem; the problem being that there isn’t any. Due to this, the races can often be a little (massively) dull, with Saturday so often deciding who wins on Sunday.

This was indeed the case last year, with Ricciardo storming to pole with a lap record before bringing home a wounded Red Bull to banish his 2016 demons, where he lost the victory to the Mercedes of Lewis Hamilton following a pit stop error.

The Brit and his team will be needing no such luck this year, you’d imagine. He is currently top of the Drivers’ Championship, leading his team-mate Bottas by seven points, with both of them light years ahead of the competition. Bottas has enjoyed an excellent start to the season, but has never had a podium at Monaco, and will need to change this if he wishes to keep challenging Hamilton. With the car he’s in though, this should be a given.

Not only did Mercedes get yet another 1-2 in both qualifying and the race last time round in Barcelona, comfortably seeing off Ferrari and Red Bull, but they were quickest in every area of the track, most significantly including the tight and windy sector three. This, as well as their form at the *almost* street track in Melbourne, suggest that they’ll have no issues in the iconic streets of Monte Carlo.

If anybody can challenge them, it will surely be Red Bull. With their chassis being their strength and their engine being their weakness, the high downforce, low-speed track suits them to a tee, as shown by 2016 and 2018. It should be considered, however, that both of those strong performances came courtesy of Daniel Ricciardo, with Max Verstappen struggling at the circuit.

This is a different Verstappen to the ones who I have driven here in the past though – a more measured, mature one. The Dutchman is in the form of his life, driving so well that he finds himself ahead of both Ferrari’s in the standings and 41 points clear of his team-mate Gasly, who is at least beginning to show signs of progress. If anybody can challenge the Mercedes boys here, it’s Verstappen.

At this very race in 2017, Sebastian Vettel won to open up a 25 point lead to Lewis Hamilton at the top of the standings. Two years on, things are not going quite as well for himself and Ferrari. It has been a season of disappointments for the Italian outfit who were expecting to be fighting Mercedes for wins this season, but are instead fighting (and losing to) Max Verstappen for podiums.

Things are unlikely to get any better for the Italian outfit. Not only will their car be less suited to the track than the Mercedes and Red Bull, but they also most definitely don’t have the strategy skills to gain any positions that way. The best they can do is keep Vettel and Leclerc apart with split strategies because, quite frankly, they don’t know how to handle the two fighting, and hope for a dose of luck.

The remaining spots in the top ten are considerably harder to predict. Haas certainly looked like the best of the best in Barcelona, and are undoubtedly the best of the midfield teams when it comes to qualifying. They may still have issues with race pace, but at a track where grid position is far more important, they’ll be optimistic about another double points finish, hopefully in less controversial circumstances this time.

The team they’re chasing are McLaren, currently P4 in the constructor’s standings. Norris enjoyed an excellent start to the season, racking up 12 points in four race, building a gap to team-mate Sainz, before his safety car inducing crash in Barcelona allowed Sainz to finish in P8 and close the gap to just two points. With a strong chassis and drivers, the British team will fancy their chances of getting more points on Sunday.

The same cannot be said for their engine supplier, Renault, who find themselves languishing in P8. With the resources and drivers they have, they should be comfortably sitting at the top of the midfield, but with poor reliability and pace, they’ve only finished in the points twice all season. Ricciardo is arguably the best in the grid at Monaco, but can Renault give him the car to show it?

Another midfield driver strong here is Kimi Raikkonen, who has one win and four podiums at the track. With the midfield battle so tight, a good drive from him could propel Alfa Romeo up to as high as P5 in the constructors. But hey, if things go wrong for the Finn, I’m sure he won’t be too heartbroken…

The remaining teams are Toro Rosso, Racing Point and Williams. The former two both enjoyed excellent results last year, getting a car in P7 and P6 respectively, while the latter have, in Kubica, a driver with a remarkable two podiums in four races at the track. Can he keep up his impressive record this year? No. No he can’t. Sorry.