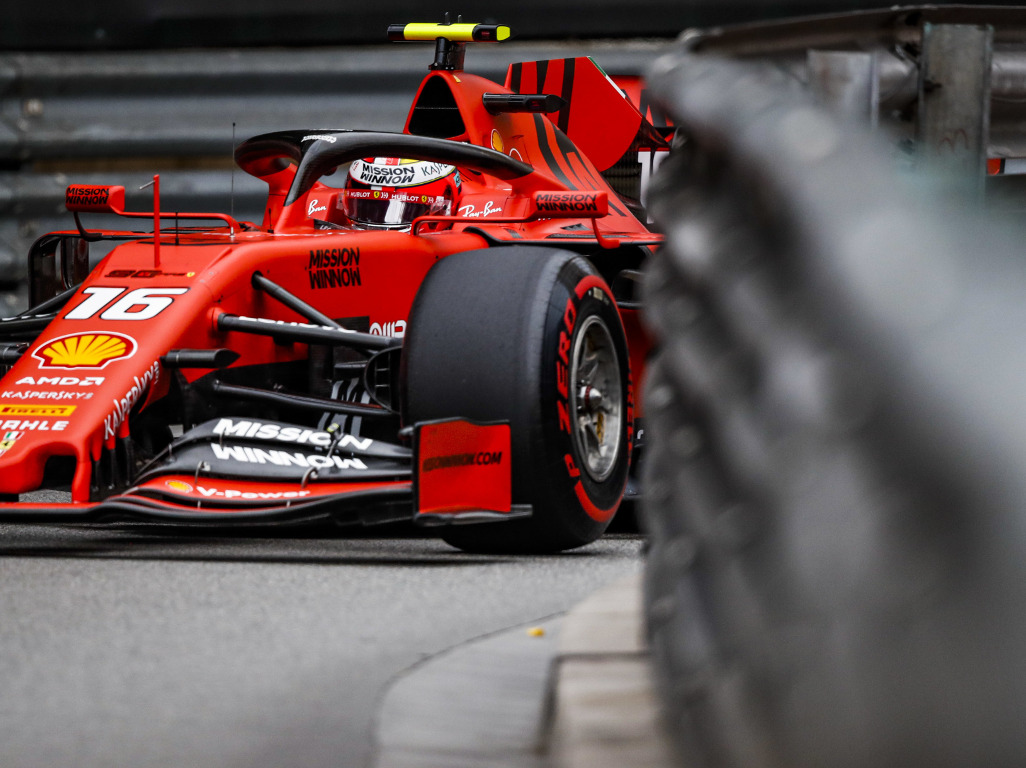 Charles Leclerc showed Ferrari’s pace in FP3 in Monaco and thankfully it did not come to naught after being under investigation for breaking VSC rules.

The F1 drivers had a busy start to final practice as, with a 40 percent chance of rain during the session, track time in the dry was potentially limited.

One driver who took his time venturing out of the pits was Lewis Hamilton. While his rivals headed out, Mercedes worked furiously to change the set-up of his W10 while the Brit watched over.

George Russell was the first to put in a timed lap, a 1:17 for the Williams rookie.

The P1 time dropped fast with Daniel Ricciardo, Alexander Albon and Leclerc all spending at the top. And then came Mercedes.

10 minutes into the session Valtteri Bottas went quickest with a 1:12.764 while the Ferraris lined up behind him.

Bottas improved to a 1:12.238 while Hamilton went second, 0.2s down. He was quickest in the first two sectors but lost time in the third.

Sainte Devote was – as often witnessed – the scene of the session’s first crash: it was Sebastian Vettel.

He locked up the front left and crashed nose first in the barrier. His Ferrari lost its front wing.

The Virtual Safety Car made a brief appearance as the marshals removed the stricken Ferrari.

Ferrari’s troubles continued as the race stewards announced that Leclerc was under investigation for an infringement during the VSC period – the VSC having been out for his team-mate’s crash.

Leclerc put his problems – and the potential grid drop that could result from the investigation – aside and went quickest with a 1:11.265.

After meeting with the stewards 15 minutes after the session, he was just given a reprimand.

Lance Stroll added his name of the list of those getting it wrong at Ste Devote. His lock up took place earlier than Vettel’s meaning he could straight line the corner and take to the escape road rather than the barrier.

Verstappen was fourth for FP3, finishing ahead of Gasly, Antonio Giovinazzi, Daniil Kvyat and Kevin Magnussen.

Williams were once again slowest of all with Robert Kubica 0.2s up on Russell.