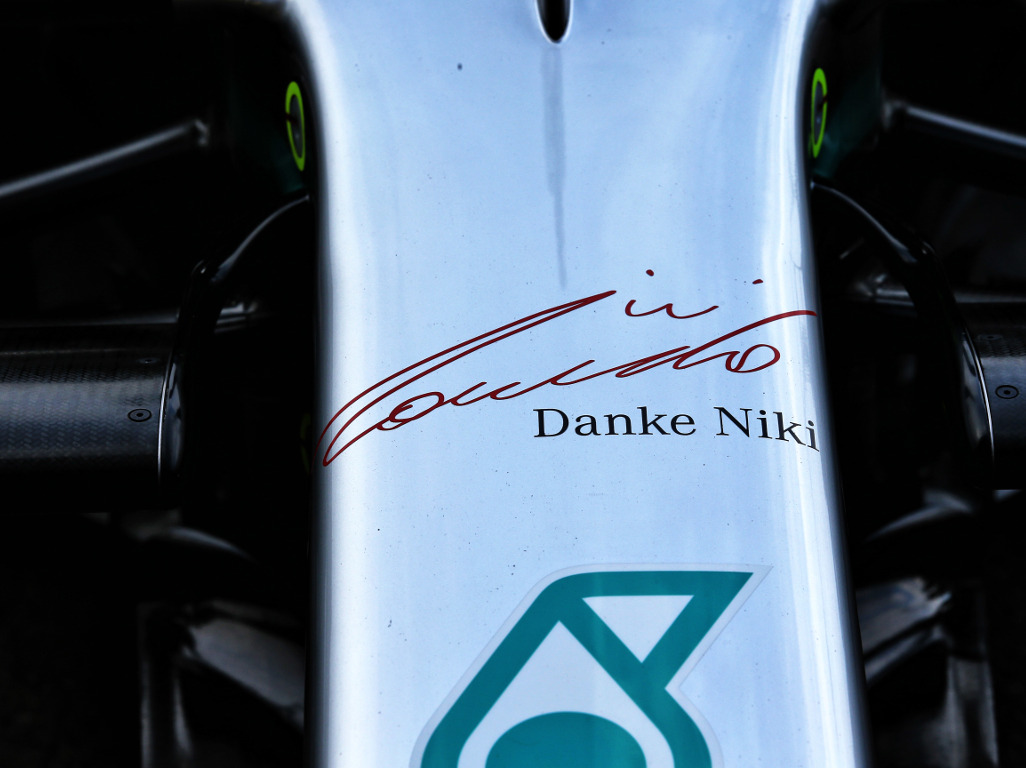 Mercedes will run a tribute to Niki Lauda on their W10 at this weekend’s Monaco Grand Prix.

The 70-year-old Austrian passed away on Monday having poor health last year, leading to a lung transplant.

The W10, raced by Lewis Hamilton and Valtteri Bottas, will carry tributes to the triple World Champion, a Mercedes non-executive director.

Not only does the car feature decal saying ‘Danke Niki’ along with Austrian’s signature on the nose but one of the silver stars has also been painted red.

Lauda was well known for always wearing a red cap.

The star that will shine over the others. #dankeniki 😔 pic.twitter.com/vMEmPW3CoD

“He meant a lot to me but for every single team member of ours, in the race team and at the factory, and he was a big part of the Mercedes family,” said Bottas.

“He was a massive motivation for everyone, for myself as well, as a driver because of everything he achieved and with the difficult career he had, all the comebacks and everything. As a person, it’s been great, and I will never forget many, many good moments.

“It’s not nice in terms of mindset for the weekend but I’m sure as a team we can turn it into a strength and respect Niki by going flat out on track and bringing a good result.”

Rival teams, such as Toro Rosso, will also run remembrance decals this weekend.

In memory of Niki Lauda.

We will have this sticker on both cars throughout the #MonacoGP 🇲🇨 pic.twitter.com/RFEJgF3DS5