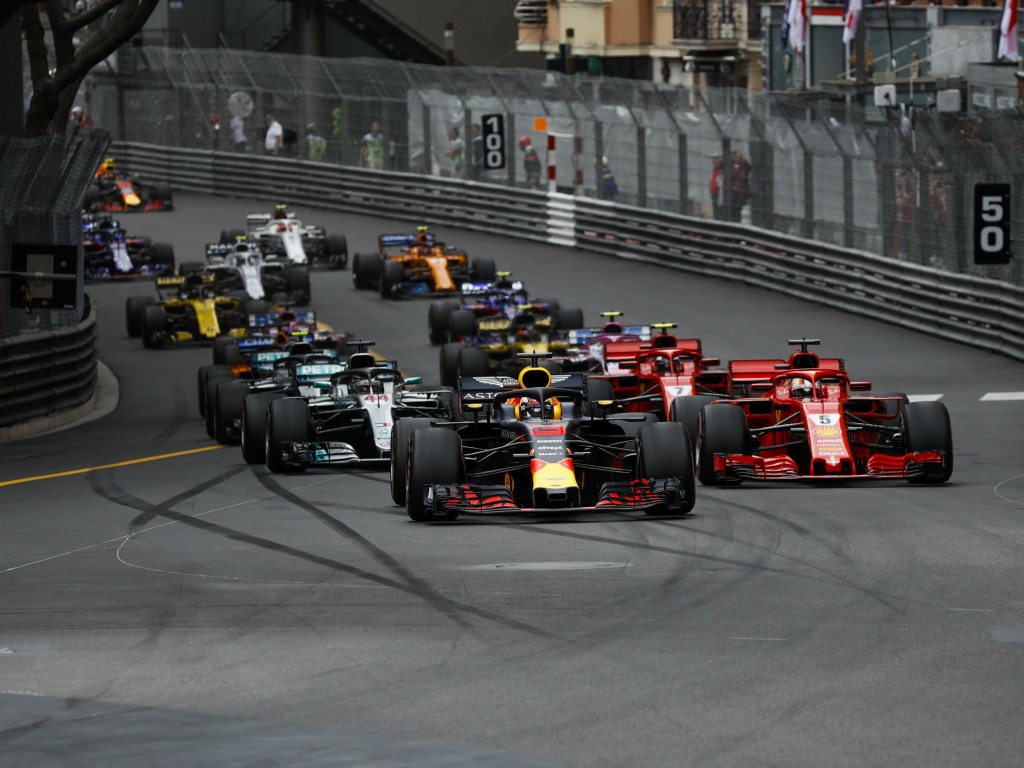 F1’s 2019 title race may have disappointed us massively so far, but the lure of the Monaco Grand Prix remains strong and the sport’s glamour race is upon us once again. Four days in the spectacular backdrop of the principality are always something to look forward to, unless you are Ferrari of course.

The floundering Italian giant was again way off the pace behind the dominant Mercedes in Barcelona last time out, and it’s difficult to see any success on the horizon for them any time soon.

For Red Bull meanwhile, Monaco always represents one of their best opportunities of the season. Daniel Ricciardo won last year after a devastating near miss in 2016, and Max Verstappen will be confident of a bold showing this time.

The colour, the buzz and the sheer spectacle Monaco offers is unmatched in motorsport, so whatever happens on the track, sit back and enjoy the ride…

What time does the Monaco Grand Prix start?

Remember that Monaco is the only race weekend on the F1 calendar which doesn’t start on a Friday. Practice beings on the Thursday, with the teams then taking Friday off before P3 and qualy on the Saturday.The start times for the Monaco Grand Prix are as follows:

Where does the Monaco Grand Prix take place?

This is quite simply the most famous street race in the world.

The thriving heart of the city, regarded as the “millionaire’s playground”, is transformed every year for what is known as the jewel in Formula 1’s crown.

A tight armco-barriered circuit around the streets of Monte Carlo provides a magnificent spectacle. The cars charge past such landmarks as the Hotel de Paris, the Casino, and then through the tunnel and out around the harbour front.

The track is created overnight by a team of engineers who take over when the traffic stops. The circuit is interesting, tight and demanding, with little room for error, or overtaking, sadly.

The current layout, with Tabac slightly altered, has been used since 2015. Sunday’s race will be run over 78 laps of the 3.34km track.

Where can I watch the Monaco Grand Prix on TV?

Monaco Grand Prix weekend – including qualifying and the race proper – will be screened live in the UK by pay-TV broadcaster Sky Sports on its dedicated Sky Sports F1 channel. Highlights will be aired by free-to-air broadcaster Channel 4.

The Monaco Grand Prix will be shown live on TV by the following outlets in other key markets:

What is the weather forecast for the Monaco Grand Prix?

What are the grid positions for the Monaco Grand Prix?

Lewis Hamilton spearheaded yet another Mercedes front-row lockout with a blistering display in qualifying on Saturday. Max Verstappen was best of the rest for Red Bull while Ferrari endured yet another disappointing afternoon – Sebastian Vettel missing out on a front-row opportunity and Charles Leclerc failing to make it out of Q1.

Provisional grid positions for Sunday’s race are as follows:

What are the odds for the Monaco Grand Prix?

Lewis Hamilton has a vice-like grip on the betting market for Sunday’s race after scorching to pole on Saturday, according to major UK bookmaker Bet365

Which drivers have won the Monaco Grand Prix?

The Monaco Grand Prix, run since 1929, has become the jewel in the crown of achievement for F1 drivers. The late, great Ayrton Senna was an absolute master around the tight street circuit, notching up an incredible six victories in the race. Britain’s Graham Hill meanwhile won the race five times in the 1960s en route to becoming known as the King Of Monaco.

From a constructor perspective McLaren lead the way with an astonishing 15 successes.

The leaders in the race for the driver and constructor titles heading into the Monaco Grand Prix are as follows:

Tyre manufacturer Pirelli introduced a new tyre naming system for the 2019 season – they now have five dry tyres named C1 to C5 as they get softer through the range.