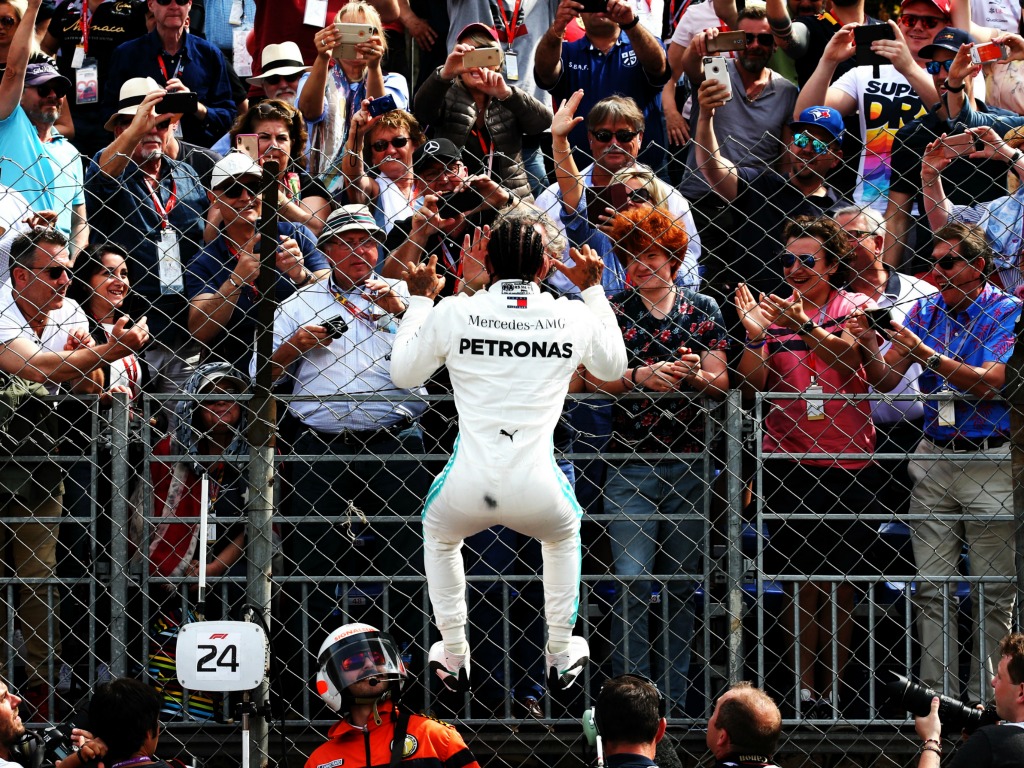 Lewis Hamilton bagged the second Monaco GP pole position of his career while Charles Leclerc failed to make it out of Q1 at his home race.

Sebastian Vettel ventured out for his first lap of Q1, thanking his Ferrari mechanics for the repair job in the wake of his FP3 crash.

Seb thanked his team on the team radio for having his car ready for qualifying 😊#MonacoGP 🇲🇨 #Vettel #Seb5 #F1 pic.twitter.com/xXLbuST7PQ

Antonio Giovinazzi landed up under investigation for blocking Nico Hulkenberg and was later handed a three-place grid drop for his troubles,

Sergio Perez brushed the wall and Leclerc almost binned it when he locked up at Rascasse before later missing the weighbridge.

Ferrari noted he was meant to stop and pushed him back to the bridge before any work was done on the car.

Ferrari’s troubles continued – again – as Vettel, down in P11 at the time, slid into the wall and pitted. He returned to the track with 1:40 on the clock having fallen to 17th place.

His do-or-don’t final hot lap put him fastest of all with a 1:11.434. Vettel’s jump to the top of the timesheets put Leclerc out of qualifying. P16 for the Monaco driver who sat in the pits for the final few minutes of Q1.

Giovinazzi’s grid drop moves Leclerc up to P15 on Sunday’s grid. Get the champagne…

Mercedes upped the pace in Q2 with Bottas straight out and laying down a new lap record, one that was later beaten by Max Verstappen. A 1:10.618 for the Red Bull driver.

Kevin Magnussen had to pit for a new front wing after tagging the wall at Turn 5 while there was more drama over at Ferrari.

Vettel was P9 after his first run and had to put in a second to try for a spot in Q1. Vettel moved up to fourth, escaping the cut.

Grosjean was not impressed with traffic in the form of Pierre Gasly, who joined Giovinazzi in being under investigation for impeding the Haas driver out of Casino Square.

Into Q3, Bottas and Verstappen set the early pace while Hamilton struggled in the first sector. His first hot lap was a 1:18 to Bottas’s 1:10.252 – the third time the lap record was broken on Saturday afternoon.

Hamilton found pace and made it a Mercedes 1-2 ahead of Verstappen, Vettel, Gasly and Magnussen.

On a day when nothing was going right for Ferrari, Vettel’s second attempt at pole saw the German whack the barrier at Tabac and stay fourth.

Hamilton laid down purple sectors, and a fourth lap record for the day, as he jumped to the front with a 1:10.166.

With Bottas off the pace, the Finn opted to pit instead of challenge with Hamilton taking his second Monaco GP pole position by 0.086s ahead of his team-mate.

HAMILTON: "This is the race every driver dreams of. You put everything into it. We've arrived with a great car. This pole means so much. I had to dig deeper than ever. The lap was beautiful. #MonacoGP 🇲🇨 #F1 pic.twitter.com/85jMvszK8T

Verstappen was third with Vettel fourth.

But the Frenchman will be starting behind the aforementioned trio after blocking Romain Grosjean in Q2. He will drop three places from P5 to P8.