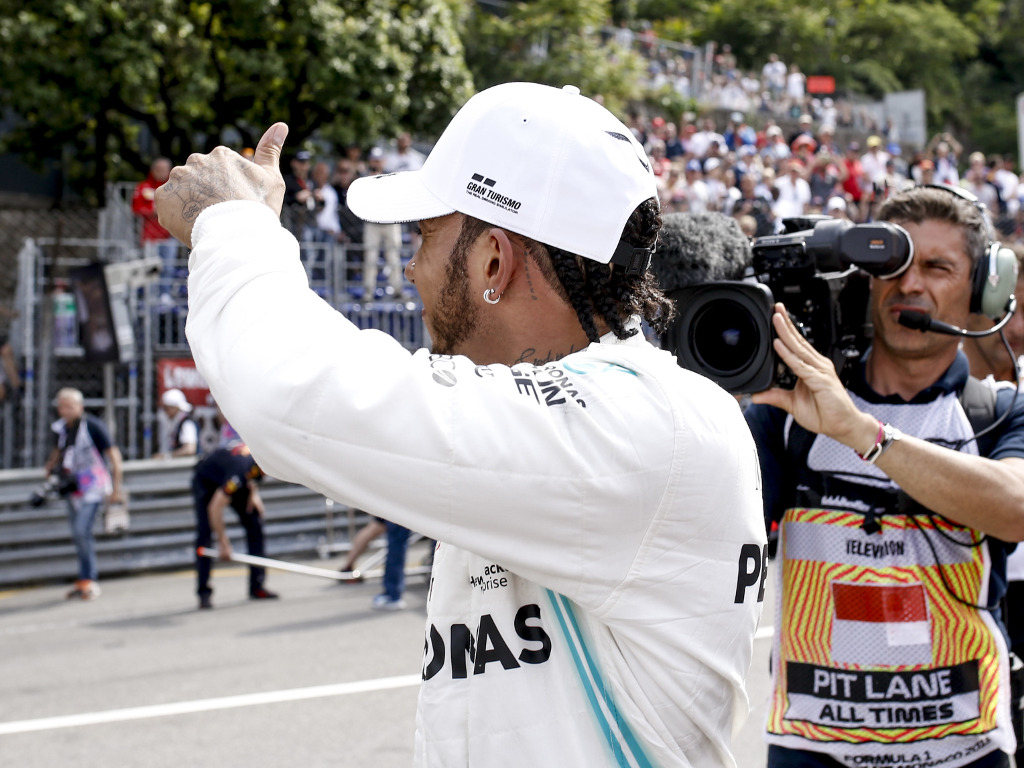 Lewis Hamilton held off Max Verstappen to win the Monaco GP win but a penalty for the Red Bull driver meant Sebastian Vettel was P2, while Charles Leclerc provided the drama.

It was an emotional start to the Monaco Grand Prix as Formula 1 paid tribute to the late Niki Lauda with a minute’s silence on the grid. All the drivers, including pole sitter Hamilton, wore red caps in honour of the triple World Champion.

However, when the lights went out it was down to business as Hamilton made a fast start while Verstappen challenged Bottas and brought his front wing up alongside the W10’s rear tyres but it was the Finn who stayed ahead to run second. Vettel lined up fourth ahead of 2018 Monaco GP winner Daniel Ricciardo and Kevin Magnussen.

While the top six chased one another, some more successfully than others, Charles Leclerc, who started P15 provided the early excitement. He passed Kimi Raikkonen on lap 1, Lando Norris on the second, and a few laps later Romain Grosjean at Rascasse.

Charles Leclerc is on the move ⬆️

The Ferrari man gets past Lando Norris at the hairpin to move up to P13 #MonacoGP 🇲🇨 #F1 pic.twitter.com/zIVj4OZtqH

His run of successful passes ended when he tried to take Nico Hulkenberg but instead hit the barrier and suffered a left rear puncture. He plummeted down the order, shredding tyres – and bits of floor – on his way to the pits with all the debris meaning the Safety Car was out on lap 11.

The top four all pitted with Mercedes double pitting Hamilton and Bottas. Red Bull and Verstappen took advantage and got the jump on Bottas.

But it was deemed an unsafe release by Red Bull as they put Verstappen into Bottas’ path. With the Finn suffering a suspected puncture in the contact, Mercedes pitted Bottas for a second time and put him onto the medium tyres. He fell behind Vettel.

Double stack pitstop has cost Bottas track position but I expect there will be an unsafe release investigation for Max…. pic.twitter.com/e45INxKB91

The race resumed at the end of lap 14 and not even a full lap was completed before Antonio Giovinazzi spun Robert Kubica with Leclerc caught up behind them as the trio blocked the track. Double waved yellows were all that was needed as all three cars were still running. Giovinazzi was hit with a 10-second penalty.

Back to Leclerc, he finally informed Ferrari that his SF90 was “extremely difficult to drive”, pulled into the pits and retired on lap 18.

With Leclerc out of his home grand prix, the focus returned to the battle at the front where Hamilton, on the medium tyres, was chased by Verstappen on the hard tyres. The Dutchman was racing with a five-second time penalty hanging over his head for the earlier unsafe release.

He closed the gap to Hamilton to 0.8s with Red Bull looking to force Hamilton into pushing harder on his less durable tyres. Meanwhile Vettel was a second behind Verstappen with Bottas on his rear wing. 3.5s separated the top four halfway into the 78-lap race with Alexander Albon holding down fifth place ahead of Grosjean, both were yet to pit.

Further back in the field, Raikkonen and Lance Stroll traded paint for the second time on Sunday. They had a small clash on the opening lap, and a bigger one on lap 39. Both were able to continue running. Stroll was given a five-second time penalty.

Tyres and heating were the talk of the second half as Hamilton worried about the state of his, “I feel like I have the wrong tyre on”, Verstappen was told to lift and coast and Vettel was told to back off to cool his Ferrari. Hamilton threw out “I’m definitely in a bad way” a few laps later before later adding that his left front is “dead.”

With 20 laps to go Hamilton added to his list of complaints, saying he “can’t keep the car behind.” The response: “Verstappen has been there all race.” He was not a happy race leader.

10 laps later Formula 1 fans was still waiting for Verstappen to attack Hamilton with the Red Bull all over Hamilton’s rear wing. “Mode 7” for Verstappen gave him an extra bit of power for the final charge. Mercedes were quick to warn Hamilton of this.

He tried to make a move at the hairpin but Hamilton held his ground. He tried again into the Turn 10 chicane with three to go but the protagonists touched, Verstappen’s front tyre to Hamilton’s rear. Verstappen accused Hamilton of “turning in” on him, prompting a stewards’ investigation that will be decided after the race.

That proved to be Verstappen’s final attack with Hamilton racing to the victory with the Red Bull driver second across the line. That, though, became P4 when his penalty was applied with Vettel promoted to second and Bottas grabbing third.

Pierre Gasly was a lonely fifth. So lonely that he pitted on lap 63 for fresh soft tyres and went for fastest lap. He got it,  a 1:14.279, his second fastest lap point of this season.

Carlos Sainz held off the Toro Rosso drivers to bag sixth place, best of the rest for McLaren, while Daniil Kvyat was P7 and Albon eighth.

Grosjean was the last of the late stoppers as he came in for his one and only stop on lap 51 to swap his soft tyres for mediums. He was ninth – despite a time penalty for crossing the pit entry line – to Ricciardo’s P10. The Aussie, one of the earliest stoppers, spent much of his grand prix stuck behind the Kimi Raikkonen train, and salvaged an extra spot on the last lap due to the aforementioned Grosjean penalty.

At the very back of the field, Kubica was not last for the first time this season, the wooden spoon going to Giovinazzi.