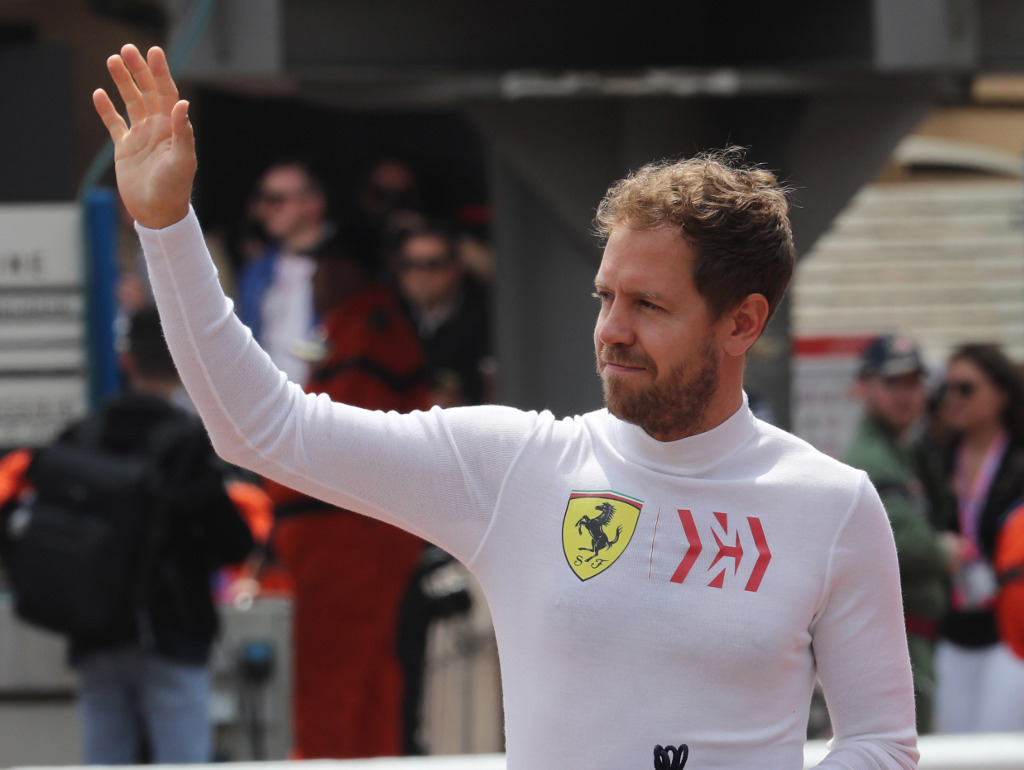 Sebastian Vettel raced his way to second place in Sunday’s Monaco GP, his best result of this season as he capitalised on problems for those around him.

Vettel started Sunday’s 78-lap Monaco Grand Prix from fourth place on the grid and wasn’t able to make up any positions at the start.

Lapping behind the two Mercedes and Max Verstappen, he saw his first chance of making up ground when the top four all pitted behind the Safety Car, which was out for his team-mate Charles Leclerc’s puncture and subsequent debris.

But while Ferrari made a good stop, Red Bulls was better which meant Verstappen not only stayed ahead of Vettel, he also leapfrogged Valtteri Bottas.

That, though, only added to the drama as Verstappen and Bottas touched in the pits. Verstappen was given a five-second time penalty for an unsafe release while Bottas was forced to stop again as his W10 suffered a suspected puncture.

Bottas’ woes elevated Vettel to third while Verstappen’s penalty meant that even though the Dutchman took the chequered flag ahead of Vettel, it was the Ferrari driver who finished runner-up to Lewis Hamilton.

“Obviously a tough race to manage,” he explained after the grand prix. “In Monaco something can always happen and today something happened.

“I thought we had a good stop but Max must have had an incredible stop and obviously they touched in the pit lane.

“So I thought it was good for me and we could capitalise on Valtteri’s puncture which was a shame for him.

“From there we tried to stay there to put the pressure on.

“With Max’s penalty, we tried to always stay in range.”

Like his rivals, Vettel also had a few tyre issues towards the end of the grand prix, revealing that his Pirellis were getting very “hot” which held him back.

“I struggled a bit towards the end of the race, I wanted to put a bit of pressure on but struggled with my rear tyres.

“I don’t think I had any graining, I think Lewis and Max were in a worse position with managing their tyres but mine were getting hot.

“It was a bit tricky but great result for us, great for the team.

“But we know that we have a lot of work to do, we know we are not yet quick enough compared to these guys so plenty of work.”

Hamilton’s win in the Principality was his fourth of this season and Mercedes’ sixth in succession.

VETTEL: "When I saw them [Bottas and Verstappen] touching in the pit lane, I thought we might have a chance – but ultimately it's a good result for us. Today is about Niki really. He was an icon in the past and he will continue to be in the future"#F1 #MonacoGP pic.twitter.com/Hg0wIwrs9m

Vettel paid tribute to Niki Lauda, the Austrian remembers on the grid prior to the start of Sunday’s race.

Lauda passed away on Monday, losing his battle with ill health.

“About Niki, it was a good… he would be happy today,” said Vettel.

“We will definitely miss him. He has been an icon in the past and will be in the future.

“My thoughts are with his family and with him.”