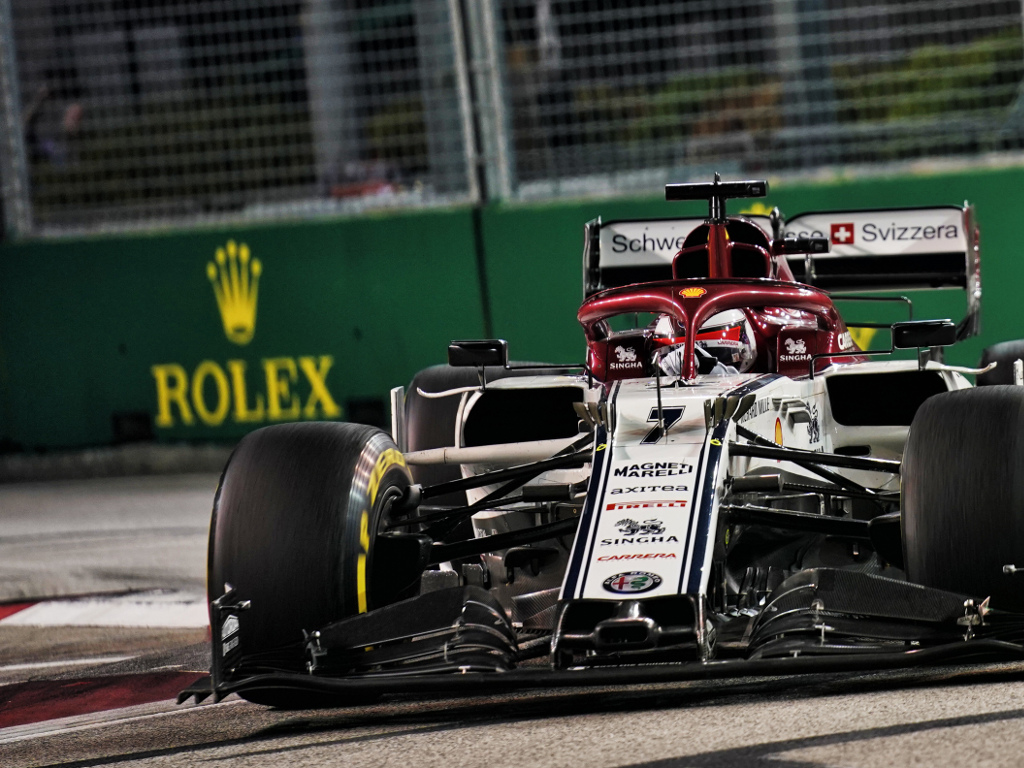 Kimi Raikkonen has revealed a power failure in FP1 for the Singapore Grand Prix cost Alfa Romeo about an hour of track time.

It was a massive difference to what others were able to cover with George Russell completely 29 laps in the Williams.

Raikkonen says it was a power failure in the garage that meant the team “couldn’t do anything”.

“I don’t know exactly the issue,” said the Finn.

“We lost power in the whole garage so everything went down so obviously we couldn’t do anything.

“It took an awfully long time to figure it out and get it back up and running.

“We didn’t manage to do many laps in the morning which was a shame but that’s how it is.”

The issue was resolved late in the session with no repeat during FP2.

Raikkonen added a further 28 laps to his tally but finished down in 16th place, 2.459s off the pace.

He conceded he doesn’t yet feel comfortable in the car around the Marina Bay circuit.

“In FP2 we tried to catch up and we improved, but still we have an awful lot of work to do tomorrow,” he added.