Home F1 Races Singapore Grand Prix Ferrari: Did we consider to swap? Yes, we did 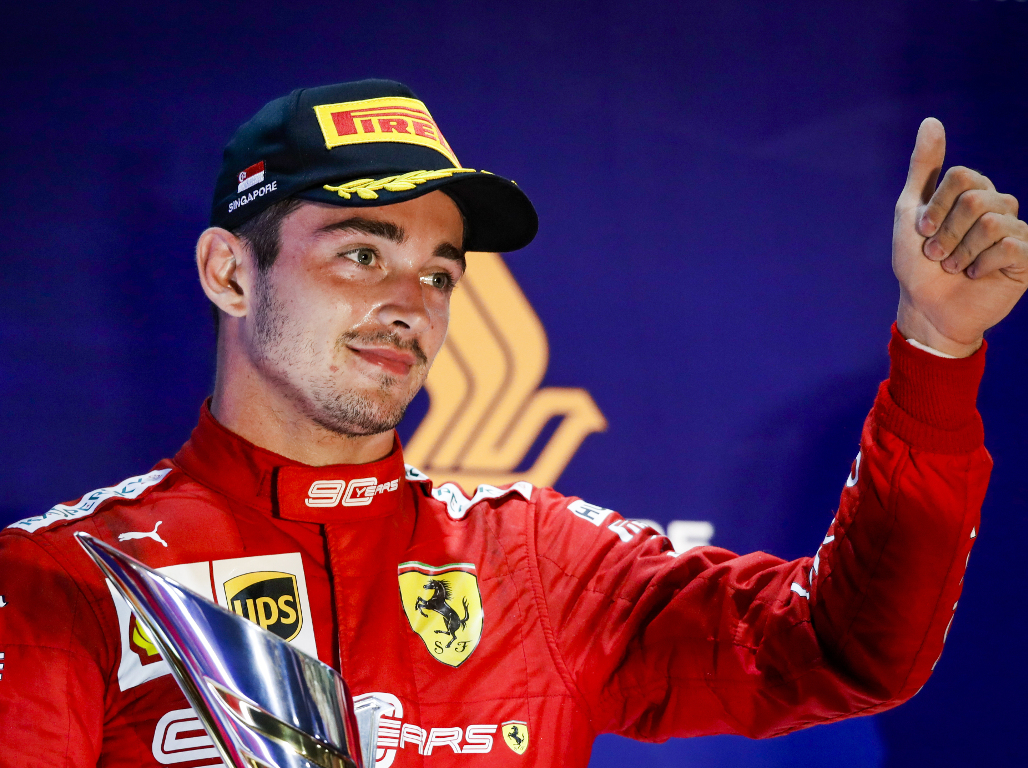 Elevating Sebastian Vettel to P1 in Singapore by undercutting his team-mate, Ferrari boss Mattia Binotto admits they briefly considered swapping the drivers but opted not to.

Vettel was running third at the Marina Bay circuit while Charles Leclerc led the grand prix ahead of Lewis Hamilton.

It was, however, the German who received the preferential strategy when Ferrari pitted him on lap 19.

Leclerc stopped a lap later but it was enough to drop him behind Vettel.

As the German raced towards the victory, his first of this campaign, a disgruntled Leclerc not only questioned Ferrari’s strategy but also asked for more power following Safety Car restarts in order to attack his team-mate.

He didn’t get it and had to settle for second on the night, crossing the line 2.6s behind his team-mate.

Binotto has revealed the Scuderia did consider swapping the drivers given that it was their strategy that cost Leclerc, but ultimately they decided against it.

“Did we consider to swap? Yes, we did,” he told the media on Sunday night.

“We thought at that stage at least that it was the right choice not to do it.

“Now we are still discussing with our two drivers, was that the right choice or not?

“It’s something on which internally which we may still have a different option or discuss.

The Ferrari team boss is confident that in time Leclerc will understand Ferrari’s strategy and be happy for the team achieving their first 1-2 in two years.

“I’m pretty sure he will quickly understand the reason for the choice,” he added.

“It’s important for me that he’s happy as well, happy for the team – it’s a one-two.

“Obviously for him it’s a missed win but it’s been the opposite maybe in Belgium.”