Home F1 Races Singapore Grand Prix ‘Ferrari is a force to be reckoned with, always’ 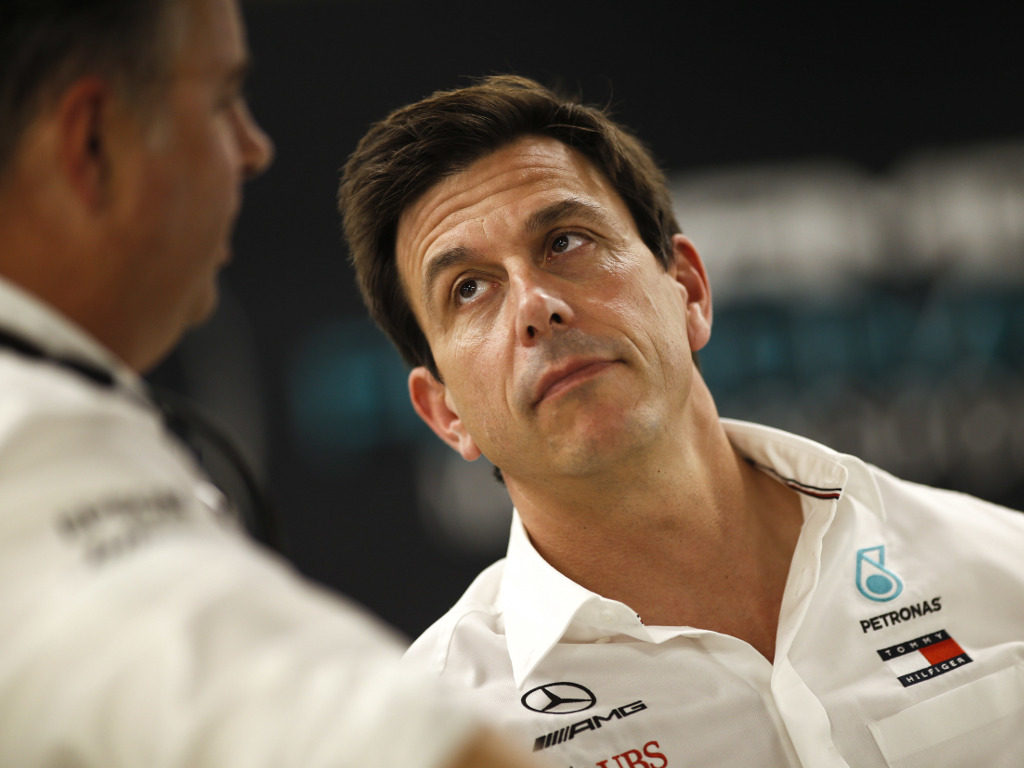 Toto Wolff hasn’t ruled out Charles Leclerc turning his Singapore Grand Prix pole into a win despite pre-grand prix predictions that this would be a Mercedes v Red Bull battle.

Arriving at the Marina Bay circuit, many pundits predicted a Lewis Hamilton versus Max Verstappen battle given the characteristics of the track.

However, instead it was Leclerc who claimed pole position.

The Monégasque driver laid down a 1:36.217 under the lights on Saturday night to beat Hamilton by 0.191s.

His team-mate Sebastian Vettel will line up P3 ahead of Verstappen.

“I think you always need to have Ferrari on the radar,” Wolff told Autosport.

“They’ve had some pretty good races at the beginning of the season then it somehow fell apart, and a strong run most recently.

“When we came into this weekend I heard so many times ‘you’re the favourite, it’s going to be between you and Red Bull and Ferrari’s going to be nowhere because their car just goes fast on the straight’.

“I always say we try to be cautious about these things and here we go.

“It’s maybe an extravagant track and a little bit of an outlier and maybe they were lucky.

“But I don’t think so. I think Ferrari is a force to be reckoned with, always.”

But while the Mercedes motorsport boss acknowledged the power of the Ferrari, he reckons Mercedes could have done a better job.

“When you look at Charles’ lap, it was messy. A big moment at Turn 3. And another snap during the lap. So, it’s just overall that the package is powerful.

“Then we’ve got to take ourselves by the nose and say ‘did we do everything right?’. And certainly the answer is ‘not completely’.”