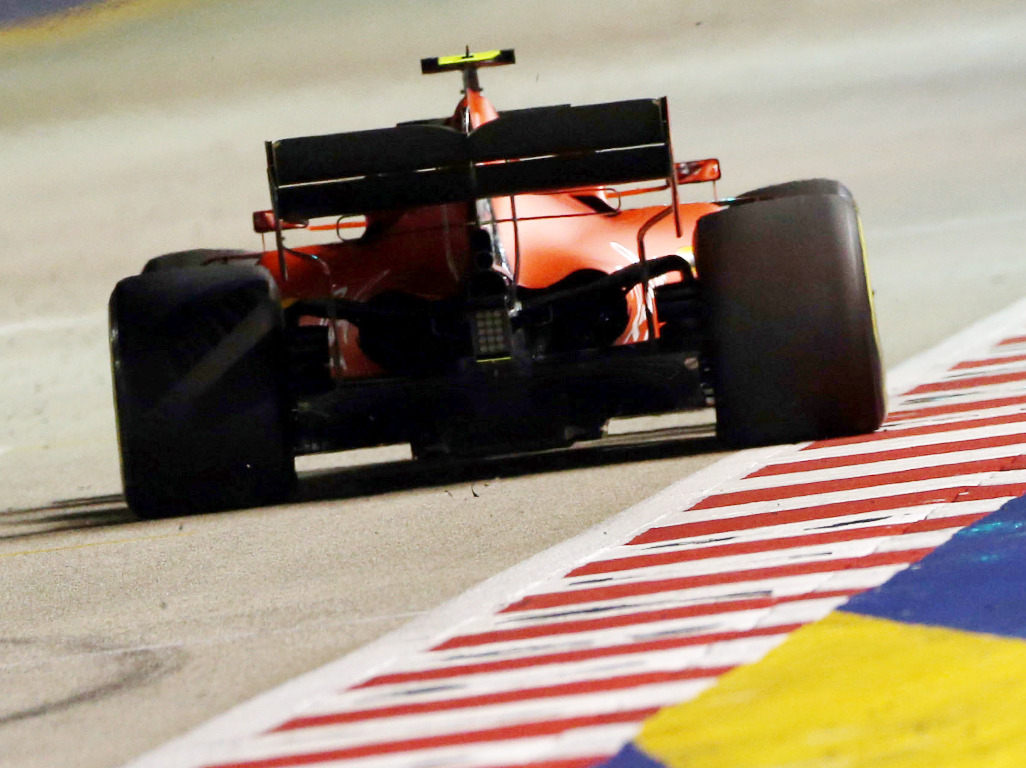 Charles Leclerc claimed an unexpected P1 in final practice for the Singapore Grand Prix as Sergio Perez brought out the red flag when he whacked the barriers.

Final practice at Marina Bay saw the drivers once again having to contend with heat and humidity. The track temperature was 42’C at the start of FP3, with the humidity at 60% and set to climb.

Despite having just 60 minutes to fix any issues from Friday and set up the cars ahead of qualifying, it was a slow start to final practice.

They kept us waiting… but we have a time on the board!

And it's Valtteri Bottas delivering the goods – 1:40.926 ⏱️#F1 #SingaporeGP pic.twitter.com/0rCg4CwfyN

His team-mate Lewis Hamilton pushed him down to second with a 1:40.320 while Alexander Albon, told “yes” he is in pole position to partner Max Verstappen next season, went third in the early running.

While Mercedes opted to start their session on the medium tyres, Ferrari went straight onto the softs and Charles Leclerc laid down purple sector times on his way to a 1:39.364, 0.956s up on Hamilton’s best.

Sebastian Vettel, a four-time Singapore GP winner, went second as he came up against traffic in an Alfa Romeo, a Williams and finally a Red Bull.

Daniil Kvyat was the first man to run into trouble as his Toro Rosso began smoking about halfway through his opening hot lap. He was told to “box” and immediately came in. With a lot of smoking coming from the rear of his STR15, it appeared to be an engine issue.

Not the smokin' lap Daniil Kvyat was looking for 😬

Leclerc, six laps into his opening run, had a near miss with the barriers as his rear tyres began to lose grip and he had to correct through the corner.

Sergio Perez met the Turn 22 wall, giving it a hefty whack with the rear right of his SportPesa Racing Point. That brought out the red flags as the marshals needed to clear the debris while the Mexican returned to the pits with a damaged RS19, tyre and rim both broken, suspension in doubt.

Sergio, this is what happens when you swerve at the wall without another car to use as a buffer… #SingaporeGP pic.twitter.com/p3YtyYcSIf

Perez’s incident ruined Max Verstappen’s opening hot lap with the Red Bull driver out on track on a fresh set of soft tyres for his first run. As such he was the only driver, aside from Kvyat, who did not have a time on the board midway through practice.

FP3 resumed with 21 minutes remaining and Verstappen one of the first to leave the pits. His first time of the evening, a 1:39.3, put him P3 behind Bottas, who went fastest after swapping to the soft tyres, and Leclerc, who was on a hot lap on new softs.

The Monégasque driver went purple in all three sectors on his way to a 1:38.192.

A final run in the last 15 minutes saw Hamilton spin on his first hot lap on the soft tyres before traffic on his second cost him time. His third hot lap moved him up to second, 0.207s down on Leclerc.

Vettel was third fastest, 0.619s down, while Bottas, Albon and Verstappen completed the top six. The Bulls, though, were both a full second off the pace.

Carlos Sainz, Lando Norris, Nico Hulkenberg and Daniel Ricciardo made up the rest of the top ten.

Kvyat did not set a time with his STR requiring a new power unit.