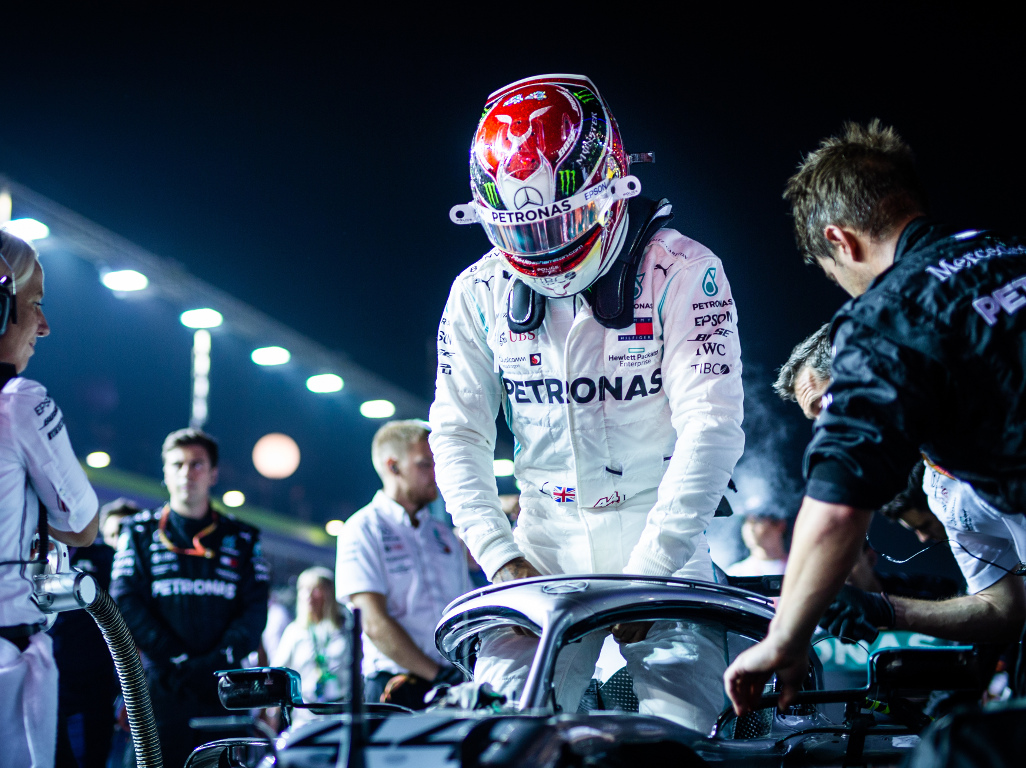 If Ferrari’s use of the undercut to hand Sebastian Vettel the Singapore GP victory was “predetermined”, Lewis Hamilton says it was a “great job” making that call.

The Singapore Grand Prix began with one Ferrari on pole position and the other P3 with Charles Leclerc ahead of Vettel.

Hamilton was sandwiched between the two with roughly a second between the cars given Leclerc’s slow pace in the opening stint.

That’s exactly how it remained until lap 19 when Ferrari called Vettel in for his one and only stop of the night with Leclerc pitting a lap later.

The undercut was successful with Vettel ahead of Leclerc after their stops while Hamilton, who was the last of the top six to pit only coming in on lap 27, found himself also behind the Red Bull of Max Verstappen.

Ferrari raced to their first 1-2 in two years with Vettel taking his first win of this season ahead of a disgruntled Leclerc.

“Whether that was predetermined by the team, that could have been how the team worked it with first and third, stopping one car earlier – maybe they knew, maybe it was premeditated,” Hamilton told RaceFans.net.

“If they did, they did a great job with that.

“Or they just left him.

“Either way, obviously Charles lost the position. But he didn’t really have great pace in that first stint.

“I was expecting him to light it up and get quicker. But I could keep up with him.

“But then coming around the last corner once he gets to a straight, even if I’m in DRS he’s going away from me.”

Hamilton was in fact quite confused by Leclerc’s pace at the start of the grand prix when he was leading.

The Monégasque driver was off the expected pace with Hamilton even complaining to Mercedes about how “slow” the field was being forced to run given the Ferrari’s pace.

“I don’t really know why he drove as slow as he did,” the Brit said.

“Now, you could say that he was probably studying my race last year, or how I did what I did last year, and drove off the pace and then picked up the pace and made the gap.

“But he ended up never making the gap. He just kept everyone bunched up.”