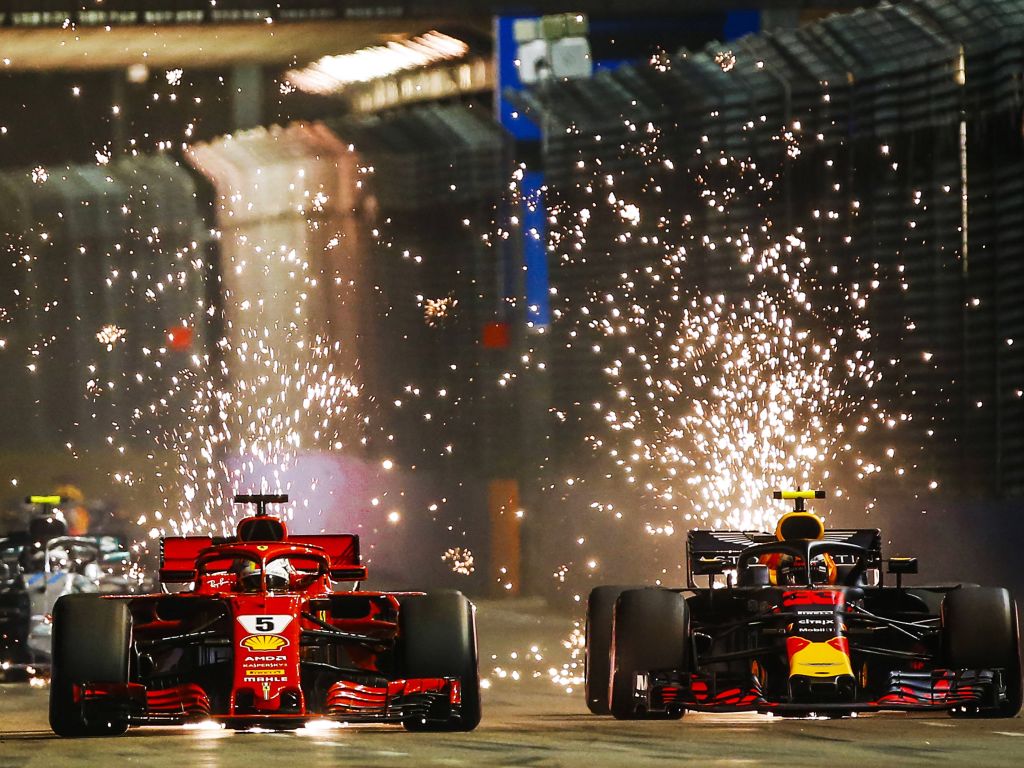 It’s over to Red Bull now to deliver on their confidence heading into the Singapore Grand Prix, but the momentum is with Ferrari and Mercedes.

Neither the Belgian or Italian GP’s were going to be a strong ally to Red Bull – Honda believe they are getting close to a par with the Mercedes power unit, but Ferrari’s output remains beyond reach.

So, they decided to take their penalties strategically – Alex Albon was forced to start from the back on his Red Bull debut at Spa after taking the new Honda Spec 4 power unit, while Max Verstappen received the same punishment a week later.

But, the Marina Bay Street Circuit offers a different challenge – twisty, technical, a demand for downforce and a solid chassis – this is a challenge Red Bull graciously accept.

But, it hasn’t always been the happiest of hunting grounds for the Austrian outfit. Romain Grosjean and Sergey Sirotkin did their best last season to hold up Lewis Hamilton to the point where Verstappen could make a pass, but the Brit held on to P1 and went on to win with a comfortable margin.

In fact, Red Bull haven’t won here since Sebastian Vettel dominated in 2013, so Verstappen, or even Albon, in a clean race will be desperate to put an end to that baron run.

Hamilton actually recorded his 4th win in Singapore last season, putting him level with Vettel for most wins at this circuit, but the situations for both drivers couldn’t be any different heading into the 2019 event.

Hamilton heads into the race with confidence high – he is on course for a sixth Drivers’ Championship and minus a late error in Monza on struggling tyres, he made Leclerc work very hard for his first Formula 1 victories.

Vettel meanwhile is at rock bottom. His clash with Lance Stroll in Italy was just unacceptable for a four-time World Champion and over the past two races, which Ferrari identified as their strongest battlegrounds of 2019, Leclerc flourished while Vettel crumbled.

The Scuderia’s low-downforce approach is unlikely to serve them well in Singapore, but that doesn’t mean Vettel can hide behind it as an excuse, because as much as he claims he isn’t concerned by the persistent mistakes, even he will know within himself that he needs a stronger showing.

The top three had an unfamiliar challenge at Monza in the form of Renault. Daniel Ricciardo and Nico Hulkenberg were mixing it up with the big boys throughout qualifying as Ricciardo went on to secure P4 on the grid.

As expected they couldn’t quite hang on Sunday, but thanks to a clean race and a gift from Vettel Renault secured their best points haul since 2008 with Ricciardo finishing P4 and Hulkenberg P5.

It would be a big surprise if the French manufacturer could keep up that level of performance at the Marina Bay Circuit, but their 22-point haul at Monza did wonders for them in the Constructors’ Championship, lifting them to P5 and putting them right back in contention with McLaren.

Speaking of McLaren, they need a good weekend in Singapore to get back on track. Back-to-back P5’s for Carlos Sainz have made way for double-DNF’s, while the team were fined €5000 for their unsafe release of Sainz from his pit box with a loose wheel.

Lando Norris remains cheerful, but P10 and a single point at Monza following his Spa heartbreak was still a little underwhelming.

McLaren simply have to get momentum back on their side in Singapore.

If not, then SportPesa Racing Point and Toro Rosso are starting to gather momentum as well and could yet make their life in the Constructors’ standings difficult.

Sergio Perez made it back-to-back points finishes with P7 at Monza to add 14 points to Racing Point’s total, while Dannil Kvyat was robbed of the chance to pull off a similar achievement after retiring from the Italian GP with an engine issue.

But the main thing is both teams are showing a marked improvement in performance, and that can be highly effective in a crowded midfield.

CEO William Storey "I would like to thank @HaasF1Team for great efforts in our partnership. It is regrettable they got caught in crossfire of a shareholder dispute which led to this wholly avoidable fiasco. I wish the team the very best & our passion for motorsport unabated" #F1 pic.twitter.com/h5fzY9sdMy

As for those going the other way, Haas are untouchable at the art of going backwards this season, at least Rich Energy have now, at long last, officially ended their relationship with the team.

Kimi Raikkonen is also going through quite the rough patch. Twice he brought out the red flags at Monza with a pair of Parabolica crashes, while in the race he started at the back with a new engine and gearbox, only to receive a ten-second stop/go penalty because Alfa Romeo went and fitted the wrong tyres.

“Well that was a sh** weekend…Looking forward to Singapore, as it can’t get worse.” Those were Kimi’s words, but all eyes on Singapore because you know how the saying goes, ‘things can always get worse’.

Finally we make it to Williams – George Russell’s performance at Monza offered further evidence that they are slowly making progress, but heading into the Singapore GP their concerning financial situation was laid bare after announcing a loss of £18.8m across the whole company for the first half of 2019.

Their decline to the bottom of the Constructors’ Championship last season took a big hit on their prize money and sponsorship, and it now becomes clear just how badly they need to turn this situation around.