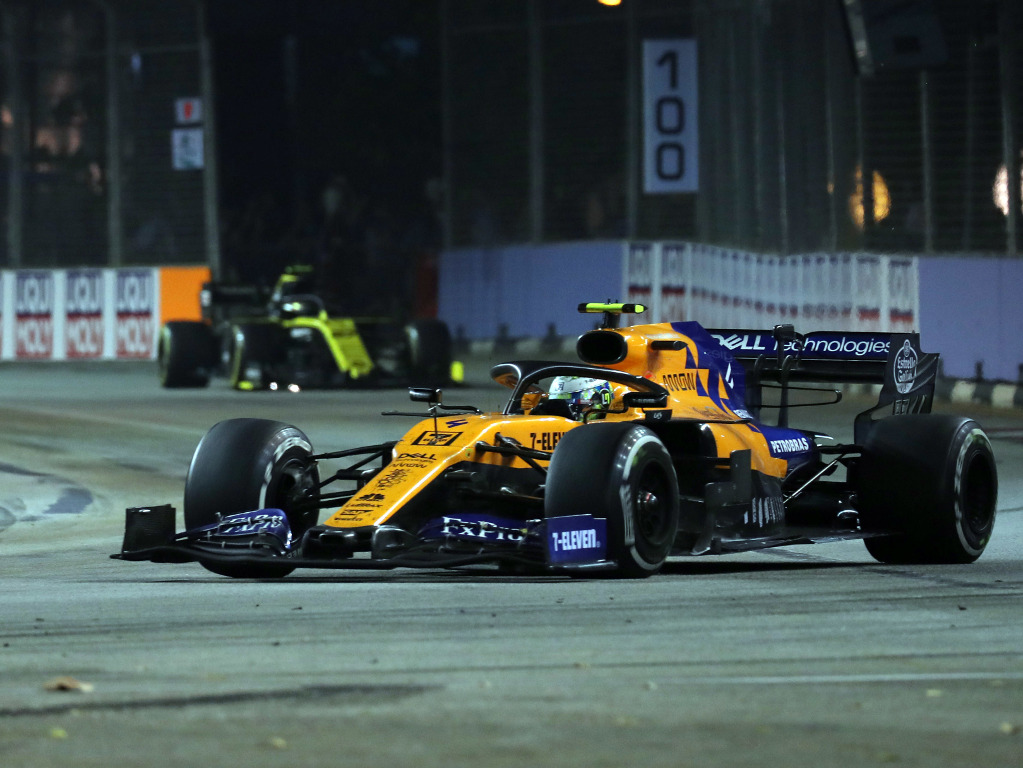 Lando Norris wasn’t impressed with the Formula 1 show in Singapore, saying going under normal pace for 30 odd laps is “not racing”.

Norris lined up P9 on the Marina Bay grid but was quickly up to seventh place and running best of the rest behind the top six.

But with Charles Leclerc controlling the pace at the very front, and putting in laps that were 12s slower than his qualifying time as he looked to make his soft Pirellis last as long as possible, all those behind him were also forced to run at a slower pace.

“I’m tired but, because the first 30-laps were so under the limit – literally just driving around trying not to lock up or understeer – it was fairly relaxed, we must have been three or four seconds per lap off a normal pace,” the 19-year-old told F1i.com.

“It was more like a 20-lap race. It was kind of nice because I’m not as tired as what I could have been, but it’s not racing.

“We’re just sitting there doing nothing. It’s boring, it doesn’t look good for anyone, but it’s just because the tyres are so bad.”

The Brit brought his car home in seventh place, holding off a late challenge from Pierre Gasly in the Toro Rosso.

“I don’t think we could have done a lot better today,” Norris added.

“It was still not a straightforward race, I still had to push and work for it at certain times but the rest of it I could relax a bit more apart from the final ten laps when I came under a bit more pressure.”