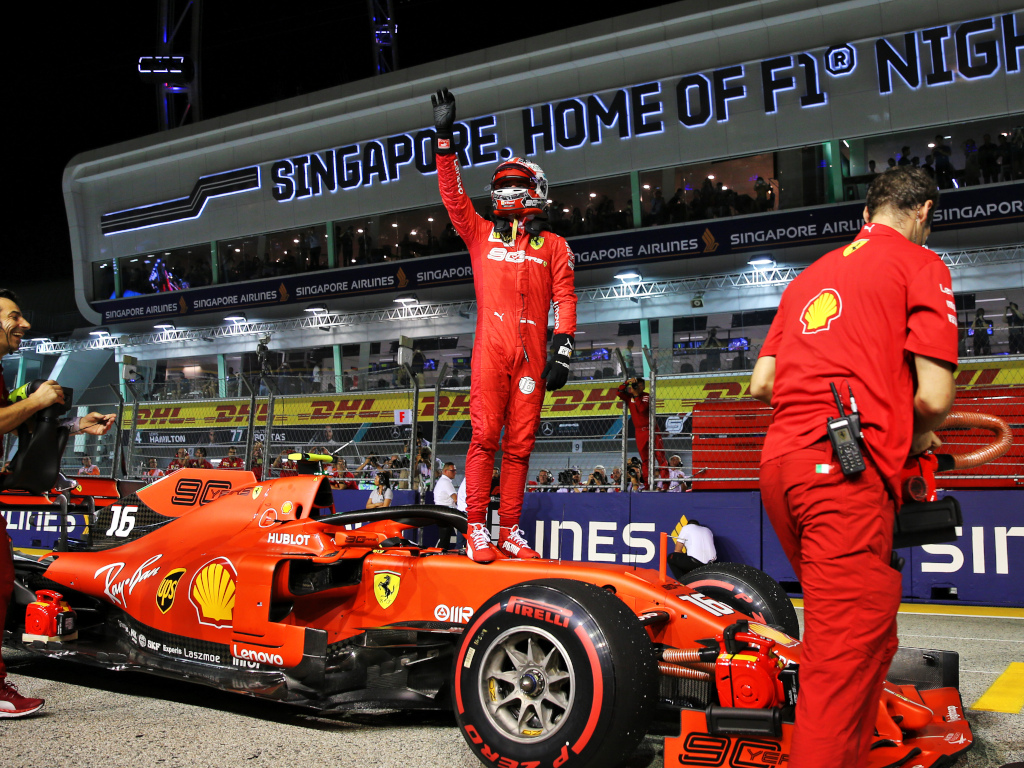 Having won back-to-back races from pole, Leclerc carried that momentum over to the Marina Bay Street Circuit with a brilliant display as he was fastest ahead of Lewis Hamilton and Sebastian Vettel.

Not too many expected Ferrari to start on the front row in Singapore due to the nature of the track, but Leclerc pulled off a sensational lap as his 1:36.216 saw him edge Hamilton by 0.191s.

Charles Leclerc radio after his pole at Singapore GP

For a while it looked like Vettel pulled a rabbit out of the hat as he was on provisional pole, but it wasn’t to be as he will only start on the second row of the grid alongside Max Verstappen.

Qualifying got off to an unspectacular start in Q1, but Carlos Sainz and Lance Stroll did have some nervy moments as the session barely got underway when the McLaren driver reported “I have no power, no power”, but he soon got power and got going.

Stroll, meanwhile, rubbed the wall, but fortunately for him it was not too serious.

However, the Racing Point driver was one of the drivers who failed to make it into the next session and he was joined on the sidelines by Daniil Kvyat, Romain Grosjean and Williams duo George Russell and Robert Kubica.

At the other end of scale, Valtteri Bottas was the fastest man ahead of team-mate Hamilton and Ferrari’s Leclerc.

And the Merc drivers were first out for Q2 and Hamilton nearly kissed the wall, but Kimi Raikkonen went a little closer as he actually did make contact, but both got away with it and continued.

Leclerc was the one to put the marker down and it was a Ferrari 1-2 as he just edged team-mate Vettel by 0:070.

But Q3 is where it matters and Vettel got himself in the right place at the right time as he got track position and then pulled off an excellent lap in the first part of the session as he posted a 1:36.437.

Leclerc, Hamilton and Verstappen all had a go at that time, but they couldn’t match his time with the Merc more than a second off the pace.

Vettel was forced to abort his final hot lap as he lost too much time early on, but Leclerc and Hamilton upped their game.

Leclerc put the foot down and pushed his team-mate into second place with his spectacular 1:36.216. And P2 for Vettel soon became P3 as Hamilton also bettered his time to start on the second row of the grid.

Red Bull had promised a lot earlier in the weekend, but Verstappen just was never at the races during qualifying.

Alex Albon, making his F1 debut in Singapore this weekend, will be proud of his effort though as he starts sixth with Sainz also producing an impressive seventh fastest time with his McLaren team-mate Lando Norris completing the top 10.