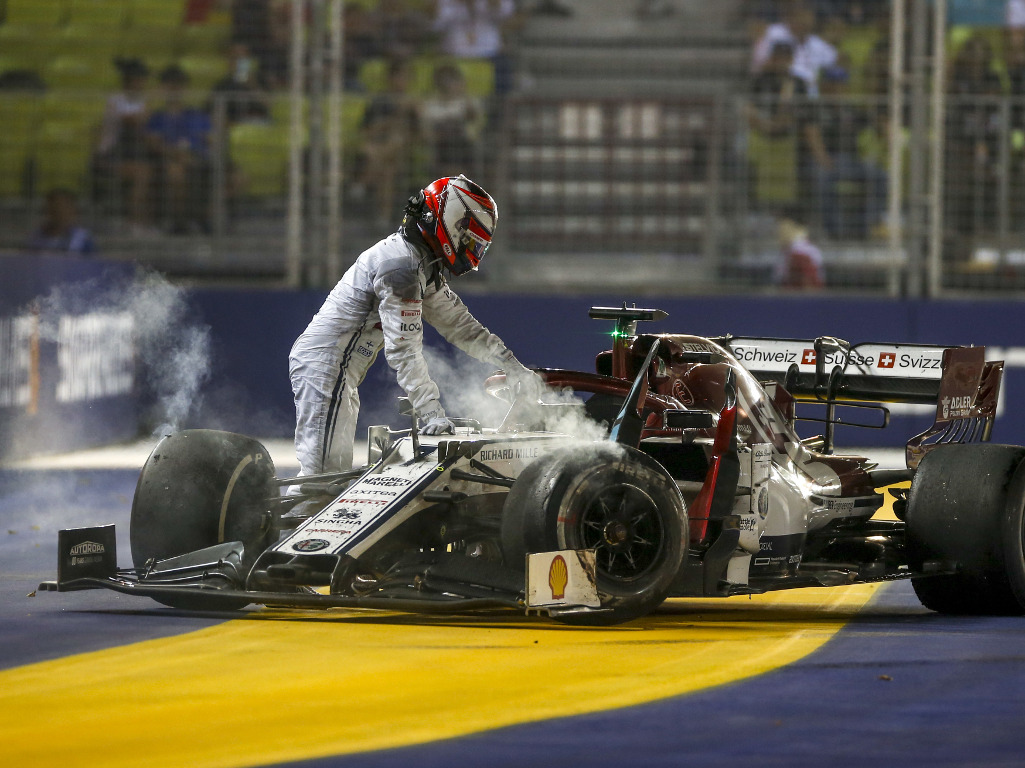 Crashing out of the Singapore GP, Kimi Raikkonen says he didn’t see Daniil Kvyat until it was “too late to react”.

Trying to work their way up into the points after the second Safety Car restart of the night, Kvyat challenged Raikkonen for 12th place.

The Finn, though, turned in on him.

The ensuing contract put Raikkonen out of the grand prix with a broken suspension while Kvyat fell down the order, bringing his STR14 home in 15th place.

“He just… suicided himself. He tried to kill me as well.”

Raikkonen, however, says he didn’t see Kyvat until it was too late.

“Not exactly the end of the race I was hoping for but it is what it is,” said the Alfa Romeo driver.

“My tyres were degrading and whilst I could manage to stay in position after the first restart, at the second the tyres were too cold and so I lost three positions and from then on I was struggling.

“The incident with Daniil Kvyat ended my race but I was going no where anyway.

“When I looked at the straight he was quite far behind, but when I was turning in I saw him in the corner of my eye but then it was too late to react.”