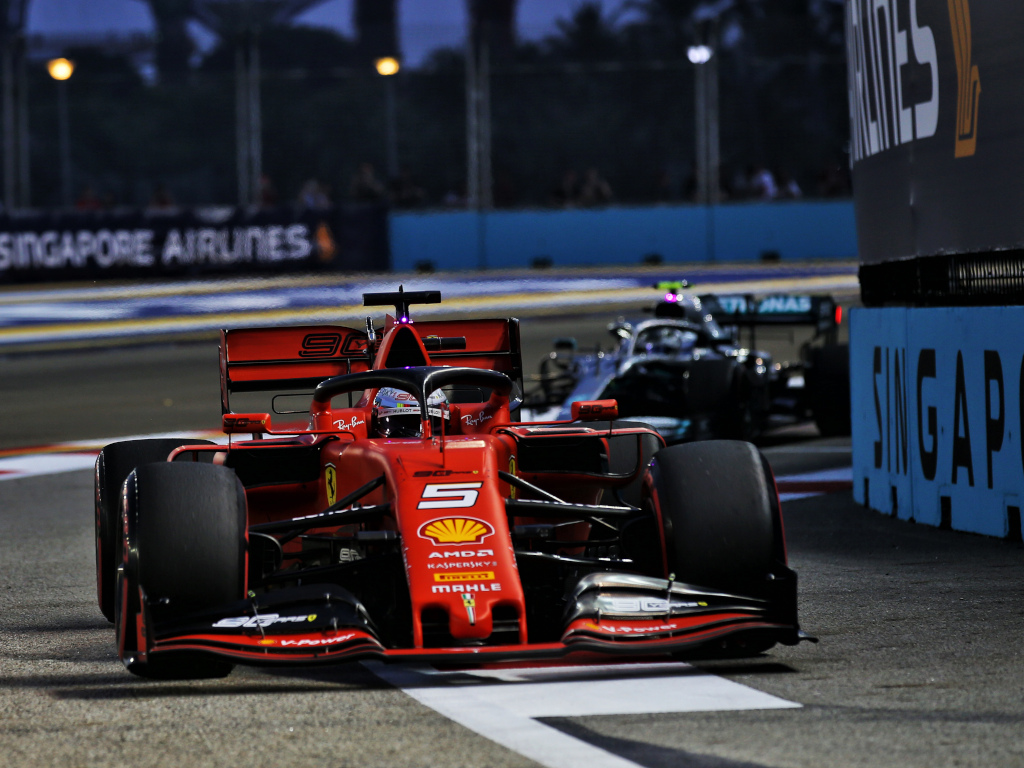 It wasn’t to be for Sebastian Vettel during qualifying for the Singapore Grand Prix with the German admitting his final hot lap “should’ve been better”.

After a nightmare Sunday at Ferrari’s home race at Monza last time out, Vettel threatened to pull a rabbit out of the hat on Saturday at the Marina Bay Street Circuit.

He found himself on provisional pole after a brilliant first run in Q3 with his 1:36.437 putting him ahead of team-mate Charles Leclerc and Lewis Hamilton.

Unfortunately for him he couldn’t quite put together a decent lap during the final few seconds of the session and decided to abort the lap.

In the end his Ferrari team-mate Leclerc went faster and, to add insult to injury, he was pushed onto the second row of the grid with Hamilton taking P2.

“The final one should’ve been better but overall the car was making sense feeling good,” Vettel told Sky during his post-race interview.

“Maybe I peaked a bit early, we had a tiny wobble [on his second run] and there was no point in finishing that lap.

“It puts us in a good position tomorrow. It should be a good race, let’s see what the tyres are going to do, if we can push for the two hours or will we have to manage them.”