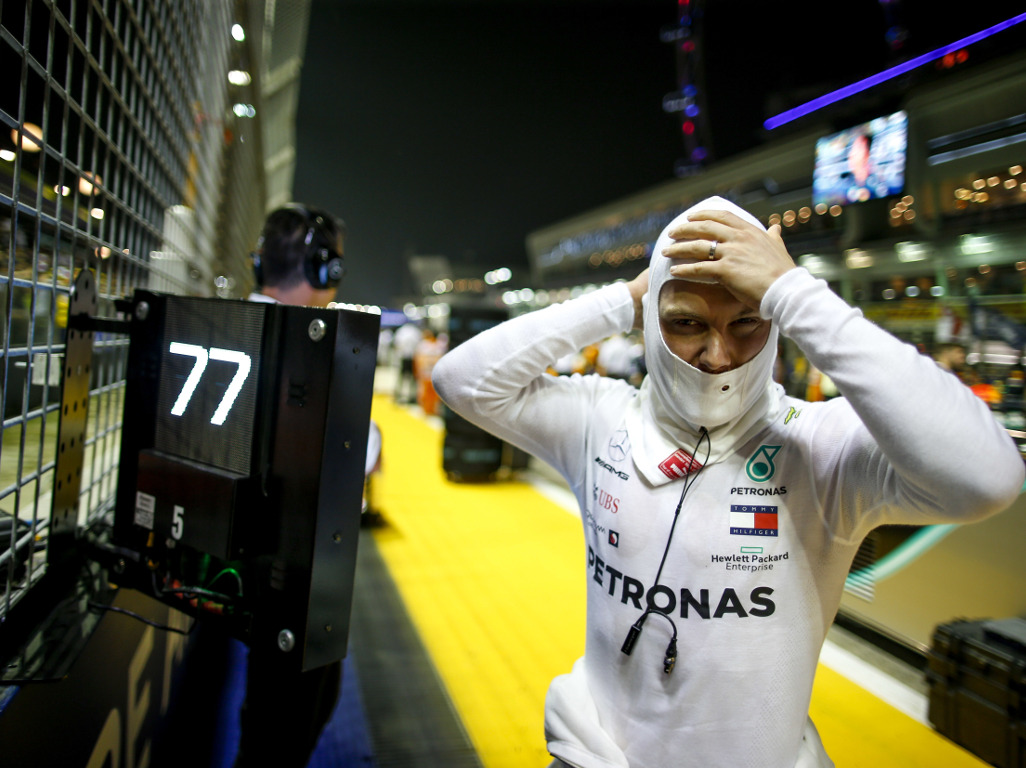 Ordering Valtteri Bottas to play second fiddle to Lewis Hamilton in Singapore, Toto Wolff says that was “not a great call” to make but one that had to be done.

With the top-six running nose-to-tail in Singapore, Sebastian Vettel kicked off the pitstop party when he brought his Ferrari in on lap 19 followed by Max Verstappen and then race leader Charles Leclerc.

Mercedes did not react and when they finally did it was Bottas who stopped before Hamilton.

The Brit eventually came in on lap 27 with Bottas ordered to slow down to a 1:48 in order to give his team-mate a gap in front of him.

It wasn’t the first time this season that Bottas has played wingman to Hamilton, and it is unlikely to be the last despite Wolff saying earlier this month that the Finn is “free” to fight his team-mate.

Wolff explained Sunday’s call to Autosport: “It’s not a great call that we made there, but the undercut was more powerful than everybody expected.

“I don’t think that Ferrari wanted to swap their drivers, with letting Sebastian [Vettel] pit first, and we risked Lewis’s position by keeping him out in order to protect the win.

“This is why we held Valtteri back to keep Albon behind, because Lewis would’ve come out behind Albon.

“So overall the team result would’ve been worse than with Valtteri doing that. We owe him that place.”

As for Bottas, he once again took it on the chin saying the team’s rules are the rules.

“Well I knew it already at that point because there are certain rules we follow,” he said.

“He chose to go long and then it’s me behind and that’s how it goes. If I would have gone flat-out and undercut him, Albon also would have.

“So I completely see the point from the team on that and I know he will do the same if it’s vice versa. I will make sure that it will be the same vice versa, and I trust it will be.

“Obviously from the outside it looks pretty bad and from my side being in that situation it’s completely against your instincts to back off and not overtake your team-mate – that doesn’t make any sense.

“But it’s been there, that kind of rule, since I don’t know how long in the team – at least since I joined. But it is both ways – it’s not for Lewis, it is both ways. So, it’s OK.”