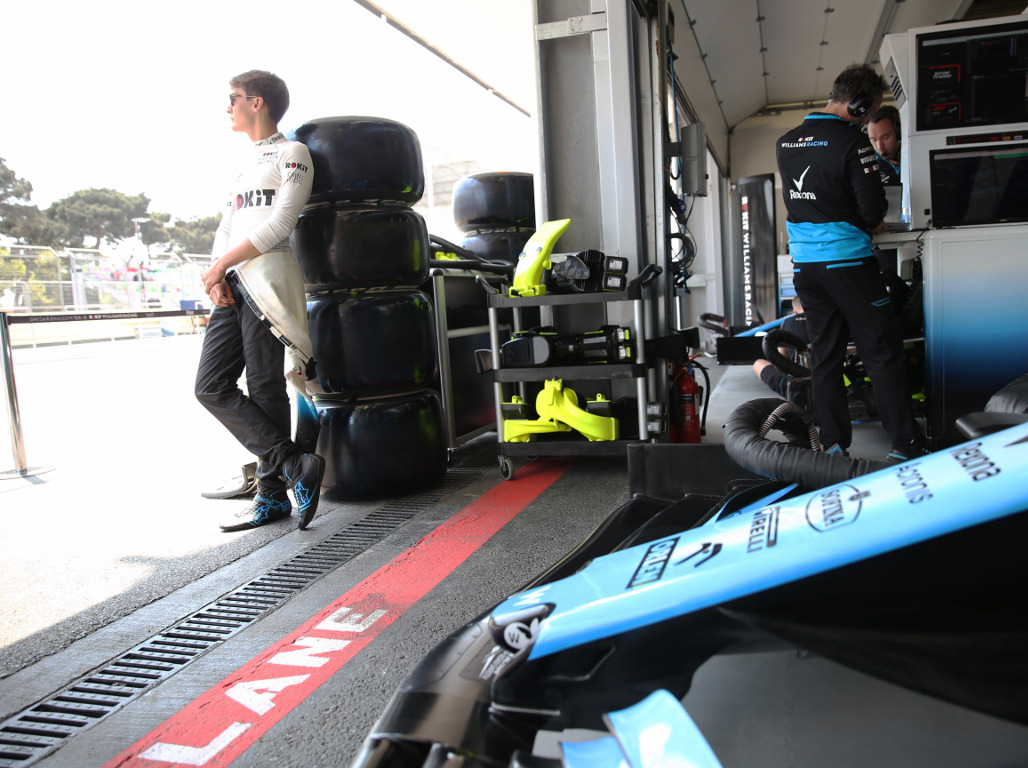 Williams could be on the up in coming races with George Russell saying things are “definitely going to get easier from now on in.”

Williams had a nightmare weekend last time out in Azerbaijan.

Not only was Russell’s FW42 wrecked by a loose drain cover at the start of Friday’s practice but his team-mate Robert Kubica crashed in qualifying.

The duo finished the 51-lap grand prix last of the classified runners, two laps down.

Russell, though, believes Williams are set to make progress in the coming days as they introduce a “few little updates” at the Spanish GP.

He added to Autosport: “It’s definitely going to get easier from now on in and I have confidence that we are going to make progress.

“The team is working extremely hard and we have some quite exciting things in the pipeline.

“How close that will bring us to the rest of the pack I don’t know but these [difficult] weekends are making us stronger.

“I do believe at some point we’ll be able to turn it around.”

Speaking about the team’s Spanish updates, he said they focus on “a number of different things from aerodynamics to brakes.

“It will give us a clear direction of where we need to focus.

“And based on those results it will help us understand if we’ve got any hope for the remainder of the season or not.”