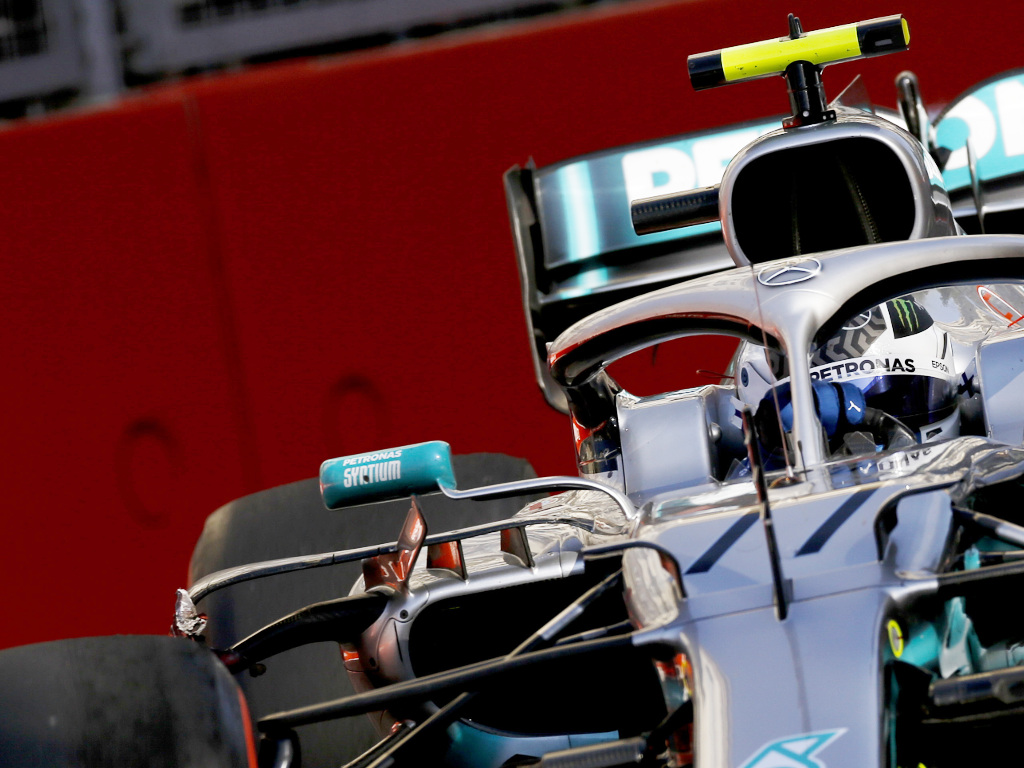 Valtteri Bottas’ run of form continued in Friday’s practice for the Spanish GP as the Finn outpaced Ferrari’s Sebastian Vettel by a tenth.

Formula 1 returned to Barcelona on Friday for the start of the Spanish Grand Prix weekend, the first true indication of the teams’ progress this season.

Ferrari and Renault both introduced updated engines in FP1 with both Ferrari drivers, Daniel Ricciardo and the McLaren pairing taking the respective ICEs.

Added to the engines, the majority of the cars sported aerodynamic upgrades. From new bargeboards for Red Bull and Racing Point to new engine covers for Ferrari and McLaren, revised front wings for Mercedes and Ferrari and a “significantly” altered Haas.

New and old Haas turning vanes. Grosjean will be running the new stuff in FP1, Magnussen will be gathering data with the old package for comparison.#AMuS #F1 #SpanishGP pic.twitter.com/kD7gitr7vN

As the lights went green, Daniil Kvyat was the first man out on track in the Toro Rosso but it was Pierre Gasly who posted the first lap time, a 1:23.115.

He upped his pace to a 1:21.114 before reporting a “loss of power out the last chicane.” But with that seemingly a minor issue, Red Bull told him they would sort it out later in the session, and he continued lapping. He pitted after nine with the benchmark down to a 1:21.016.

There was a brief moment of silence before one by one the rest of the field came out to play. Romain Grosjean hit the front while Valtteri Bottas ate dirt as he ran off the track before topping the timesheet on his next lap. And on his next he earned Max Verstappen’s ire as he got in the Red Bull driver’s way at the second to last corner.

Sebastian Vettel led a Ferrari 1-2 at the 40-minute mark, the time when the drivers hand their first set of tyres back to Pirelli, with a 1:18.407 on the soft tyres. Leclerc was 0.512s down with Ricciardo in third place. Lewis Hamilton on the medium tyres was down in 17th place, 2.707s off the pace.

In the past Sebastian Vettel has already used helmets made from bronze, metal and even wood. This time, for the Spanish GP, his helmet is made out of LEGO®. #F1 #SpanishGP 🇪🇸 #Seb5 #Vettel pic.twitter.com/uzxh3Jm7t8

After a brief lull in the action, Haas ventured out with Grosjean improving to third in the new Haas package. His team-mate Kevin Magnussen, running the older spec, went P6 – just under a second separating the Haas pairing. Grosjean then took a trip through the gravel down at Turn 7.

Swapping to the soft Pirellis, Bottas hit the front with a 1:17.990 while Hamilton, who ran onto the Turn 8 kerb, went third some six-tenths down. After a brief run Hamilton reported that his rear tyres “are gone”.

On Ferrari’s second run, Leclerc upped his pace but stayed behind Bottas before Vettel came through with another flying lap. Fastest in the first sector and again in the second, he was on course for P1 but lost ground in the final sector. He finished second, 0.115s off the pace. Leclerc was a further tenth down with Hamilton 0.6s behind his team-mate.

Grosjean finished fifth quickest ahead of Carlos Sainz – who is running the new Renault engine – and Kevin Magnussen.

Pierre Gasly, Daniil Kvyat and Hulkenberg completed the top ten while Verstappen was out of the action with 15 minutes remaining.

His RB15 was up on jacks with oil leaking all over the floor. He was P12 for the session with 14 laps on the board.

There were a few late troubles as Bottas suffered an oil leak,  George Russell lost his left side mirror and Lance Stroll put his Racing Point nose first in the barrier at Turn 9 to bring out the red flags with two minutes remaining.