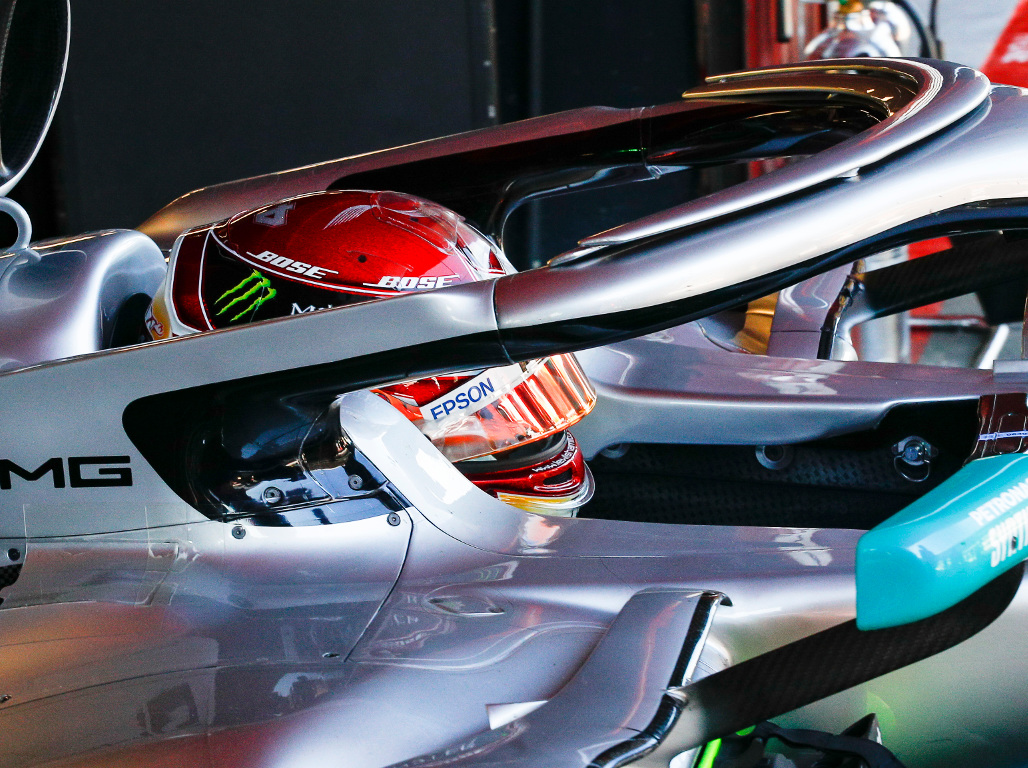 Lewis Hamilton set the pace in final practice for the Spanish GP as championship leader Valtteri Bottas was stuck in the gravel, bringing out the red flags.

Final practice at the Circuit de Catalunya-Barcelona began with a threat of rain in the air and a track temperature that was 9’C cooler than Friday.

Lando Norris was the first man out, taking to the circuit ahead of Carlos Sainz and Kevin Magnussen. However, one by one the drivers did their installation laps and then pitted, all of them already having extensive knowledge of F1’s favourite test track.

Robert Kubica clocked the first timed lap, a 1:26.868. Moments later that was down to a 1:18.924 by Sebastian Vettel as more drivers hit the track to begin their session’s work.

Vettel set about lowering that to a 1:18.255 before a spin on his way out of the final chicane. His team-mate Charles Leclerc – also on the soft tyres – was second, 0.066s down, while Valtteri Bottas added his name to the list of those getting it wrong.

On his out-lap, the championship leader spun on cold tyres and beached his W10 in the kitty litter at Turn 5. “I’m stuck,” Bottas said over the radio. The session was red flagged with 40 on the clock as marshals were needed to recover the car.

Bottas has beached his car at Turn 5

FP3 resumed five minutes later and with an immediate flurry of activity. While the two Ferraris remained in the pits, Lewis Hamilton ventured out for his first run and shot up to third before taking the lead with a 1:17.655. The Brit was running the medium tyres as too was Max Verstappen, who was fourth and lagging behind by a second.

While the Brit made his way to the very front, Bottas’ W10 was returned to the pits with the Finn yet to set a lap time. He was the only driver with 15 minutes remaining who did not have a lap time to his name.

Swapping to the soft tyres for a qualifying simulation, Alexander Albon made the first notable improvement as the Toro Rosso rookie jumped up to fourth place.

Bottas went quickest on his very first lap but lost out to Leclerc, a 1:17.099, while both Vettel and Hamilton backed off in the final sector on their first hot laps. The duo both made space for themselves before launching a second attempt.

Vettel was fourth while Grosjean jumped up to fifth place on his hot lap, finishing the session ahead of Kevin Magnussen, Verstappen – who complained about traffic in the final chicane, Albon and Kimi Raikonen. Carlos Sainz was P10.

The session ended under red flags as George Russell, who went off at Turn 4, hit the barrier after spinning off the track.