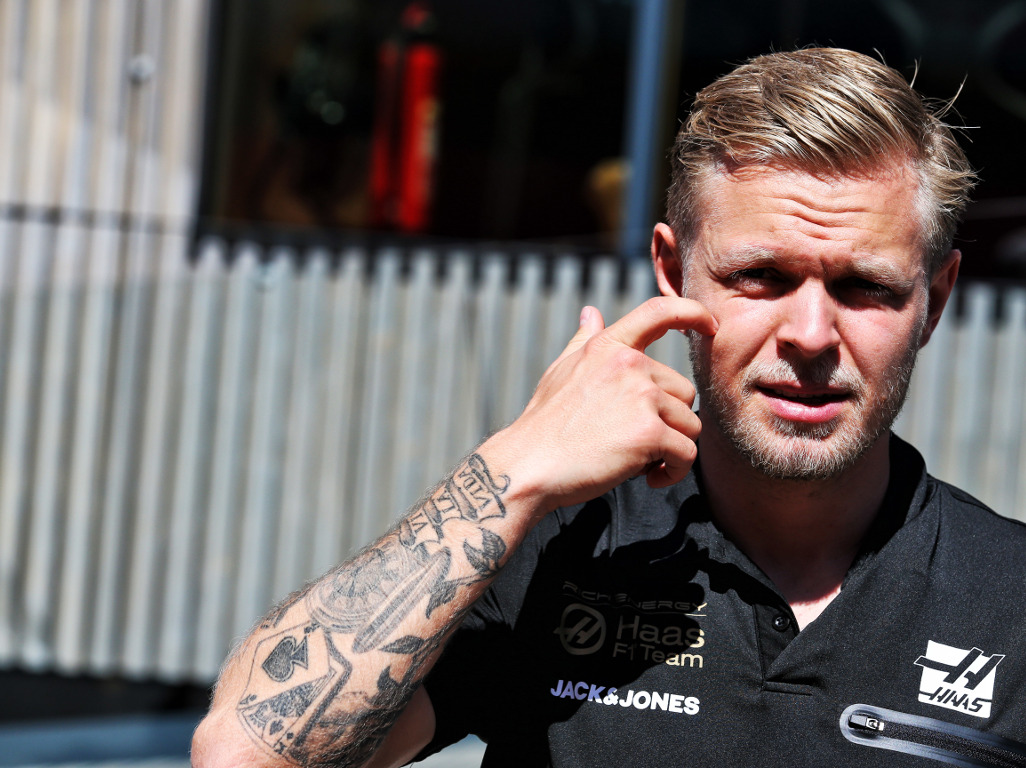 Winning his battle against team-mate Romain Grosjean in Spain, Kevin Magnussen insists any contact between the two was “nothing intentional.”

Nearing the end of a somewhat sedate Spanish Grand Prix, Lando Norris added to the excitement as he crashed into Lance Stroll.

Their collision brought out the Safety Car, bunching up the field – including Grosjean and Magnussen – as the race restarted on lap 53.

The Haas pairing put up a fierce battle with Grosjean twice going off the track as they traded paint.

Thankfully both drivers survived the battle, and scored points.

Speaking to Sky F1 after the grand prix, Magnussen said: “There was contact between me and Romain which isn’t what you want to see but nothing intentional.

“Glad we still got both cars in the points.”

He added: “We will have a chat as it is worth talking about.

“It is not what you want, contact between team-mates, but no intention from me or Romain I’m sure.”

As for Haas double points-haul, with Magnussen P7 on the day and Grosjean tenth, the Dane reckons a large part of that was down to the tyres.

Although the team struggled with their Pirellis on long runs in the opening four race weekends, this weekend Haas’ updated VF19 worked well with the tyres.

“It is great to have a good result after a few bad races,” he said.

“We have been struggling with tyres but they seem to be working much better this weekend, from Friday all the way to the race.

“They worked in all conditions so I’m very happy about that.

“The upgrade has worked well, it is not massive but it is a lot of parts.

“It has given up a little bit in a nice way.

“But the biggest thing is having the tyres working.

“It has been a lot hotter this weekend so hopefully now that we are going into summer races we will have more hot races and we can have a good performance.”