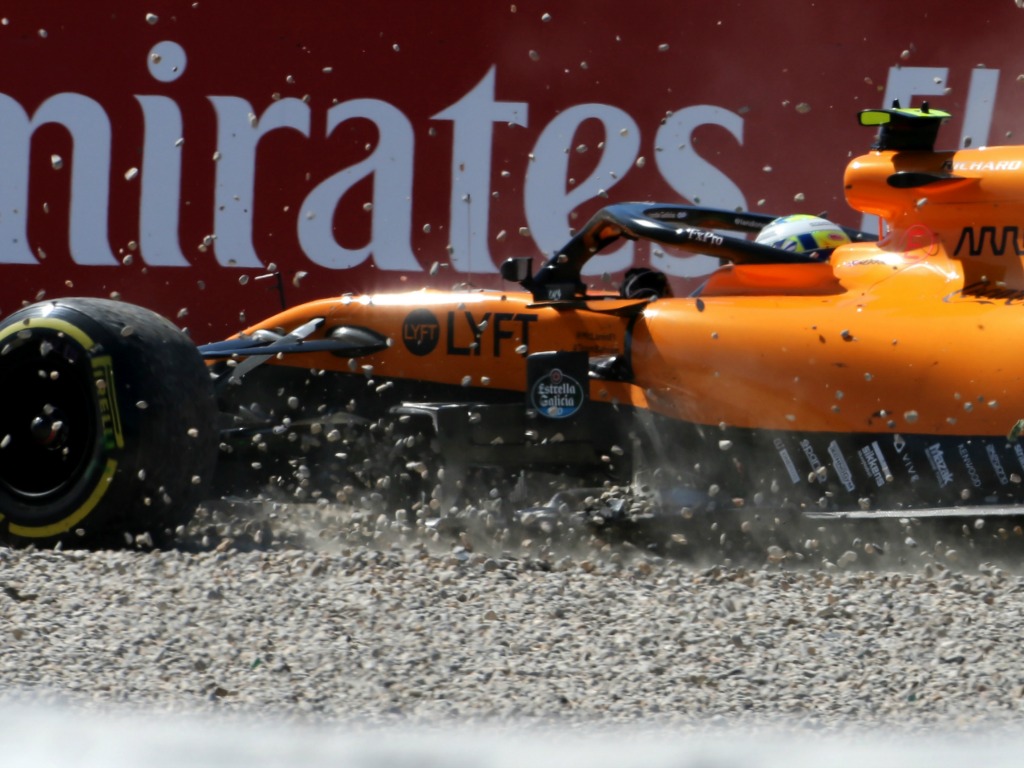 Lando Norris and Lance Stroll have both claimed the other was to blame for the crash that ended both of their Spanish Grand Prix races.

The two drivers were running in P14 and P15 when Norris tried to overtake the Canadian at the start of lap 45, with the two colliding and causing a late Safety Car. Both retired.

Speaking to Motorsport.com, Norris said that Stroll didn’t give him enough room.

“He [Stroll] knew I was there on the entry to Turn 1. I don’t know what he was thinking after that,” he said.

“I was still on the outside, I had a decent part of my car on the outside for Turn 2. But as soon as he started to turn in to the left, I could tell that he either thought that I completely backed out of it, or I disappeared, or I don’t know what.

“At a point, I knew he was just going to turn in and not give me enough room, I had to try and back out and do what I can but I didn’t have enough time.”

An early end to the #SpanishGP for Lando Norris and Lance Stroll as they come together dramatically on Lap 46 👀 💥#F1 🇪🇸 pic.twitter.com/UdADzXYpqg

The Racing Point driver, on the other hand, says that there was nothing he could do as there was never enough space for both cars.

“I didn’t really see the replay so I’ll have to check it out in detail – but yeah, I mean, there was not much room there,” Stroll said to Motorsport.

“I have to make the corner, so I turned in, and yeah, there was not really much I could do. I braked on the inside and went deep into the first corner, and then I had to turn into the next corner and unfortunately just not enough space for both cars.”

Both Stroll and Norris were summoned to the stewards after the race and they deemed it to be a racing incident with no further action taken.