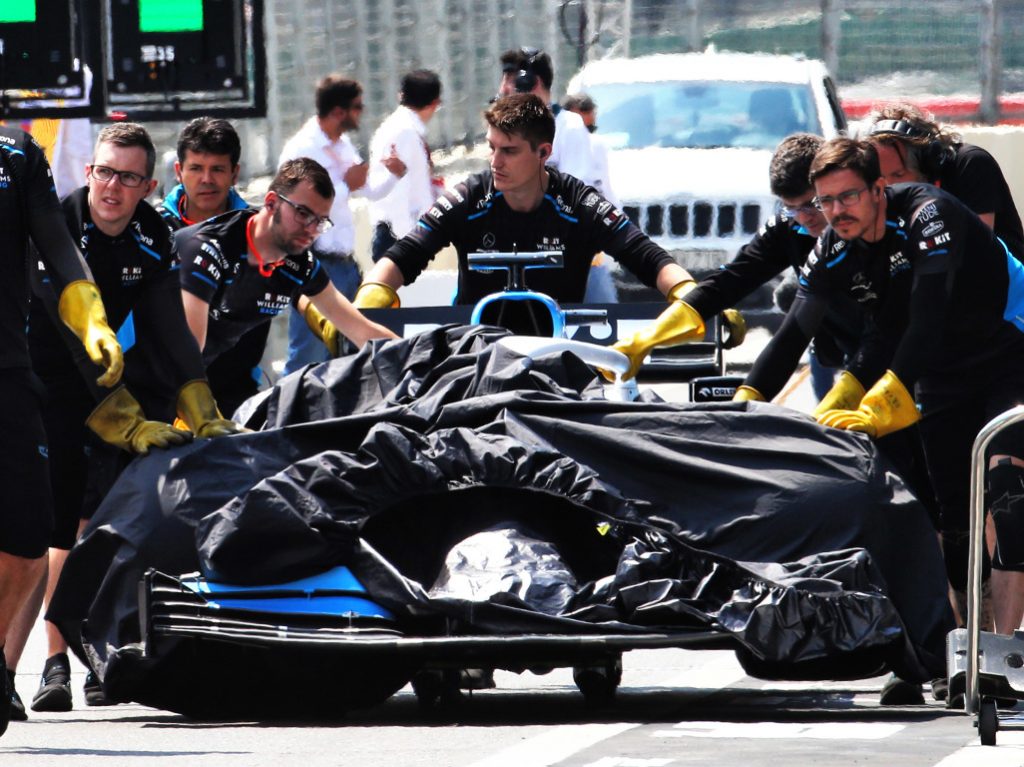 George Russell’s Baku chassis, the one he started FP1 with, is back in play at this weekend’s Spanish Grand Prix after Williams were able to do the necessary repairs.

Russell’s chassis suffered major damage at the start of Friday’s first practice in Baku when the British rookie hit a loose drain cover.

Such was the damage that Williams were forced to change Russell’s chassis, meaning he missed Friday’s play in its entirety.

The mechanics’ work, though, wasn’t over as Robert Kubica crashed the next day in qualifying, damaging his car.

“Both chassis have been repaired from both incidents over the Baku weekend, and both are here, as is the spare chassis as well,” deputy team principal Claire Williams told Motorsport.com.

“The guys have done a phenomenal job at the factory getting them into the system and then all repaired to have them all here.”

The Azerbaijan GP organisers have already stated they will compensate Williams for the damage to Russell’s chassis with the deputy team boss hoping that the money comes through sooner rather than later.

“I’m really please. I met with the promoter when we were in Baku to have the conversation, and obviously explained that to have it expedited was important to us.

“They’ve been very accommodating, and they seem to be moving things pretty quickly forwards.

“It will got through the [circuit’s] insurance company. I don’t know how long it will take, but they understand that it needs to move sooner rather than later.

“So we’re just in the process now of working out the cost of it to us, and we’ll file that, and then go from there.”