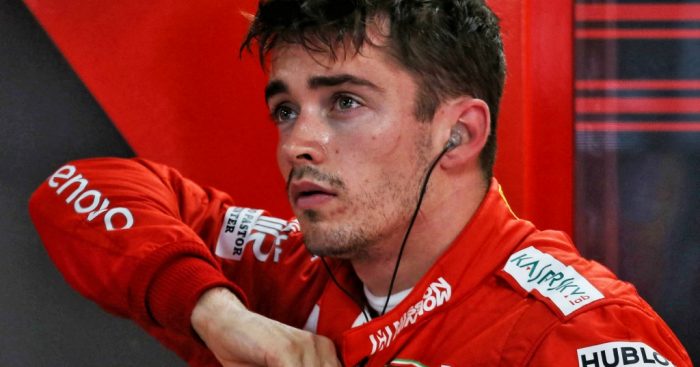 Charles Leclerc will start P4 on the Austin grid having avoided an engine penalty after Ferrari put an old power unit in his SF90 following his FP3 blow up.

Leclerc did not set a lap time in Saturday’s final practice for the United States Grand Prix as he engine failed.

Just minutes into FP3 he was forced to pull over and park his Ferrari as smoke poured from the rear of the car.

“There’s something wrong with the engine,” he told his team.

He missed the rest of FP3 but Ferrari did get him back on track for qualifying with an old engine fitted in the car. He qualified P4.

He avoids a grid penalty as it was an old engine that had already been used this season.

“I lost some track time this weekend, having missed half of FP1 and the whole of FP3 today, so qualifying was not so easy,” Leclerc said.

“It’s not ideal, but it’s part of racing.

“After Q2, I was a bit more confident in the car, but in Q3, our competitors were just too quick.

“I do always expect more, but I think we can be satisfied with P4 today if we take all the various factors into consideration.

“My focus has now shifted to the race. The start is always tricky here and I hope that it will present us with some opportunities.

“The track is quite bumpy, but I like that because it makes things interesting. The way in which you deal with the bumps affects the car balance, so it is something you can influence as a driver.

“Our race pace was not the best yesterday, so we have worked on the car and I am optimist that the changes we have made will pay off.”