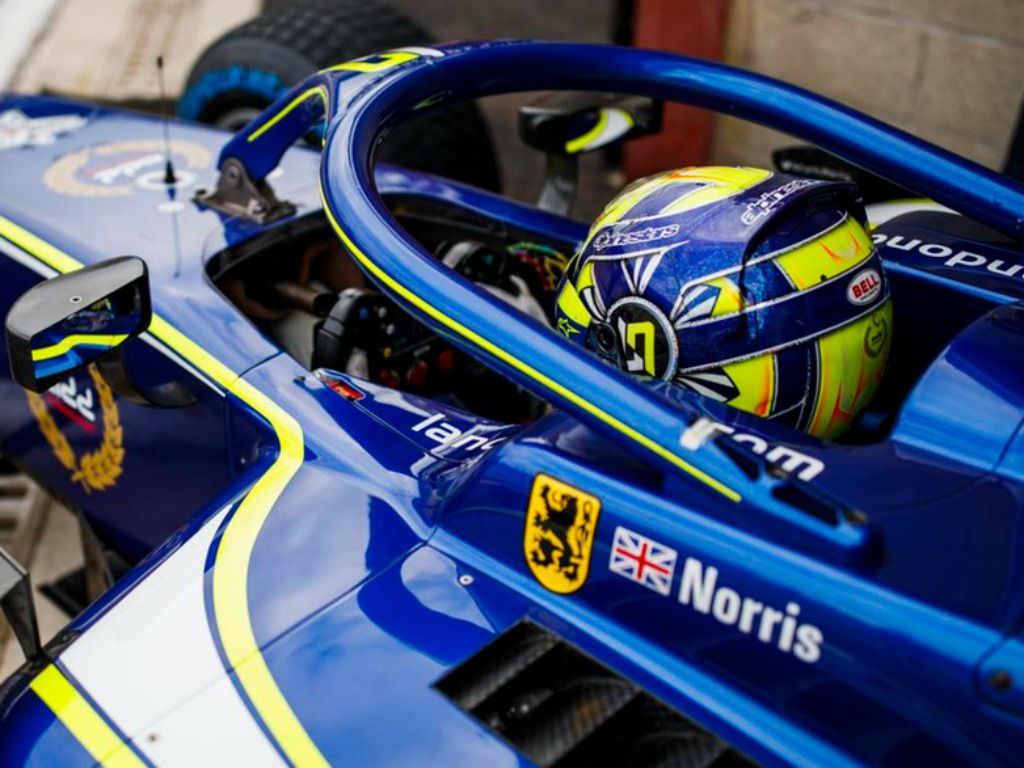 It was a good weekend at Spa-Francorchamps for Lando Norris, who closed the gap to the F2 Championship leader.

George Russell continues to top the standings, but is now only five points ahead of his fellow Brit. It was also a decent weekend for Nyck de Vries and Nicholas Latifi, who took victory in the feature and sprint races respectively.

Coming into the weekend, and the biggest news from the F2 Championship was that Roberto Mehri had parted ways with MP Motorsport, with Dorian Boccolacci being promoted from the GP3 series to fill the vacant seat for the Belgian race weekend.

“Being promoted to F2 halfway into my second season in GP3 is a sign of confidence by MP Motorsport, a team with which I have gelled really well,” the Frenchman said after his move to the series.

The first session of the weekend for the F2 drivers came on Friday afternoon, in between the two Formula 1 practice sessions.

Nyck de Vries made the most of his home advantage to post the fastest time in the session. The Belgian’s lap of 1:58.125 was enough to beat Sergio Sette Camara by just 0.01s in free practice.

The Championship contenders posted the third and fourth fastest times on Friday afternoon, with Russell quicker than Norris by 0.18s.

Three drivers failed to get inside the two-minute mark during practice, with Tadasuke Makino, Alessio Lorandi and Roy Nissany at the back of the field. Dorian Boccolacci finished in P15 in his first practice session in F2, 1.365s behind de Vries.

That same evening, the twenty drivers took to the 7.004km circuit for qualifying, and it was the home favourite that did the business again.

The Belgian took the four points for pole position, and was followed by George Russell, Sergio Sette Camara, Luca Ghiotto and Lando Norris in the top five.

Despite a good showing in practice, Dorian Boccolacci qualified last of the twenty drivers on Friday evening, and would start the race from the back of the grid.

He was joined on the back row by fellow newbie Alessio Lorandi, who took the place of the banned, and dropped, Santino Ferrucci.

Nyck de Vries led away from pole in the feature race, with Sergio Sette Camara getting past George Russell on the run down to La Source on the opening lap. There was then a three-wide situation down the Kemmel Straight, with Lando Norris losing out in the process.

Nine laps into the 25-lap race at Spa, the main protagonists pitted for fresh rubber. Norris and Russell both came in, as did Ghiotto and Alexander Albon on the same lap. The two Brits exited the pit lane in close order, but still behind the front two of de Vries and Sette Camara.

At this point in the race, Artem Markelov had the lead, having gone for the alternate strategy of the harder compound first. When the Russian driver eventually came into the pits, it released the Belgian back into the lead, with Markelov coming back onto the track in P8.

His Russian Time team-mate then retired from the race on Lap 16. Nirei Fukuzumi’s machine caught fire on the way down to the Bus Stop chicane, with the Japanese driver quickly getting out of his car. The incident originally brought out the VSC, but the Safety Car would be needed to clear the car from danger. 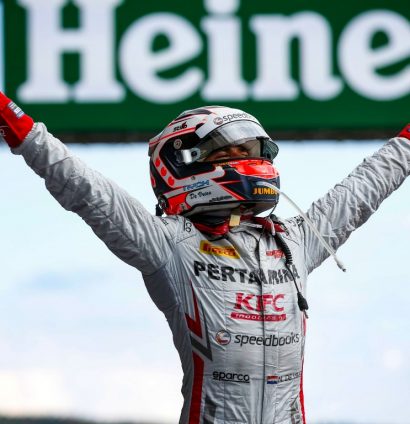 On the restart, de Vries pulled away once more to take his third victory in 2018. He held off Sergio Sette Camara, with Championship battlers George Russell and Lando Norris finishing in the top four.

Artem Markelov made his way up to P6 in the end, beating Luca Ghiotto to the line in a drag race, while Nicholas Latifi finished in P8 and took the reverse grid pole for the sprint race. Roy Nissany came home in P10 to take his first Championship point of the season.

The sprint race saw Nicholas Latifi lead the grid into Turn 1, after taking the reverse grid pole. He was followed by Luca Ghiotto and Nyck de Vries, who had made his way up from P8 on the opening lap.

De Vries then got past Ghiotto for P2 on the fifth lap, while Norris got past Markelov for P4, with both moves coming thanks to DRS down the Kemmel Straight.

The pair then both got past Ghiotto, with the Italian sliding down the order from his front row gird slot. Meanwhile, Championship leader George Russell still found himself in P7, four places behind his rival Lando Norris.

On Lap 10, Albon got past Ghiotto as the Italian’s slide continued. The Thai driver went on to finish in P3, having then got past Artem Markelov.

Albon was one of two men to make their way past Nyck de Vries on the final lap, with Lando Norris also getting past the Belgian into Les Combes at the top of the hill.

Nicholas Latifi went on to secure his first victory in 2018, though, having not been troubled at all on Sunday morning. Norris and Albon finished on the podium, with de Vries holding off Markelov to keep P4. Russell finished down in P7.

So, after the events of Spa-Francorchamps, Lando Norris has closed the gap to George Russell. The Mercedes young driver now leads the McLaren young driver by just five points with three race weekends to go.

The pair came into the weekend in a two-way battle for the title, but it seems that leaving Belgium, it is now turning into a four-horse race in the final three events.

Carlin have a commanding lead in the Constructors’ with their two drivers both in the top six of the Drivers’ standings.

They are followed by ART and DAMS, while Pertamina PREMA got ahead of Charouz during the weekend to take P4 in the team standings.

The drivers are straight back into the action this coming weekend with the Italian Grand Prix at Monza. The race weekend begins on Friday, with both practice and qualifying scheduled.

There should be three Italian drivers taking part in their home race, with Antonio Fuoco, Luca Ghiotto and Alessio Lorandi all expected to line up on the grid.

At the front, will George Russell extend his lead over the chasing pack? Can Lando Norris take the lead of the Championship in Monza?

Or could either Alexander Albon or Nyck de Vries make a run at the top two? Find out this weekend as the F2 series heads to Italy.