Both titles may be all but wrapped up, but there’s still plenty to look forward to in the final months of the 2020 season.

In case you’re struggling to get excited for the final seven races, here are five reasons why you should.

New additions to the calendar 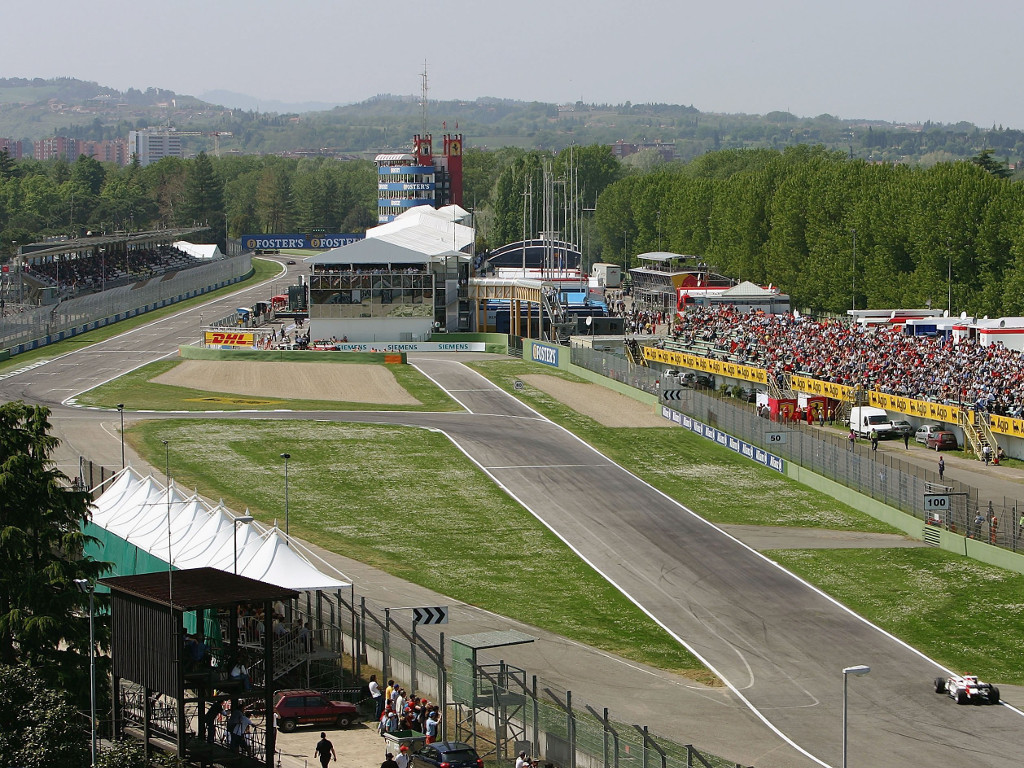 The revised 2020 calendar features a total of five tracks that originally weren’t on the schedule. We’ve had one of them, at Mugello, and it produced one of the best races of the season. As for the other four – they’re all up next, and they could all be crackers.

First, we’re heading to the Nurburgring, where the wintery conditions could cause chaos. After that is the first-ever F1 race at Portimao, a circuit loved by pretty much any driver who has been there. Then, Formula 1 will return first to a classic track, Imola, for the first time since 2006, and then to Istanbul Park, one of the best circuits built in the 21st century.

If that’s not enough for you, the drivers will also race on an alternate ‘oval-type’ layout for the second of the two races in Bahrain. Sure, we still have to endure the Abu Dhabi Grand Prix but, prior to the final round, we could be in for a number of thrilling races. Bring it on.

The final acts of silly season

Granted, the biggest plot of silly season, Sebastian Vettel’s future, has come to an end. Nevertheless, there are still a number of 2021 seats available and a number of drivers in contention to fill them.

Assuming that Lewis Hamilton will renew his contract at Mercedes, the best of them is at Red Bull. The team remain adamant that Alex Albon will stay, but a few more race weekends like the one at Sochi for the Thai driver and that could change. With Pierre Gasly and Sergio Perez available, who will partner Max Verstappen next year is by no means a foregone conclusion.

Further down the grid, Haas and Alfa Romeo have both yet to fill either seat for next season. It looks as if Kimi Raikkonen and Mick Schumacher will drive for the Italian team, but any two of Perez, Nico Hulkenberg, Callum Ilott, Nikita Mazepin and the current lineup could end up at Haas. Watch this space.

The fight for P3 in the Constructors’ Championship

Mercedes may have the title wrapped up with Red Bull a clear second, but behind, it’s all to play for in the Constructors’ Championship.

McLaren currently occupies P3, but Racing Point and Renault are just two and seven points behind the British team respectively, and their battle is made all the more interesting by the various rates of development.

McLaren may lead the chase but will arguably have the slowest car of the three in the closing stages of the season. Renault meanwhile has the least points but the R.S.20 seems to be improving more than the other two. As for Racing Point – the RP20 is the fastest car of the three but the team often struggles to make the most of that.

The difference between spots in the standings is huge, with each position bringing millions more to a team than the one below.

Thanks to Ferrari’s struggles, a rare top-three finish is there for the taking. The stakes couldn’t be higher, and the fight couldn’t be tighter.

The fight for P4 in the Driver’s Championship

At least one driver from each of the teams above is also in with a chance of taking a top-four spot in the Driver’s Championship.

With just nine points separating Lando Norris in P4 and Sergio Perez in P9, there are six drivers who will all fancy their chances of finishing the season there. Well, maybe except Charles Leclerc. He’ll need a miracle.

The one who needs to win this battle most is Albon. Given the car he has, he should have already wrapped it up, and Red Bull won’t be too pleased if he fails to do so. While he’s only one point behind Norris, even one mistake could cause at least one of Daniel Ricciardo, Leclerc and the two Racing Point drivers to surpass him.

With things so close, one position could make all the difference. Given that, and the fact that most of the contenders have fairly evenly matched machinery, we should be treated to some excellent, no holds barred wheel to wheel racing in the next few months as each of them tries everything to claim the “best of the rest” title.

Yes, we know that some of you may be tired of seeing Hamilton win World Championships with ease and aren’t excited by the prospect of him doing so again. However, when you see him do so this time, you’ll be witnessing a genuinely historic moment, one that the sport will remember forever.

The highest number of titles is the most prestigious record a driver can hold in F1. When Michael Schumacher moved onto seven in 2004, many struggled to see anyone catching him, so Hamilton doing so is undeniably a big deal for both him and the sport as a whole.

Yes, he’s had a dominant car. No, it doesn’t confirm that the Brit is the best driver of all time. Regardless, watching him triumph again, we’ll be witnessing history being made in front of us, and that’s something worth getting excited about, regardless of whether you’re a Hamilton fan or not.