Home F1 Features Will it be Max attack again at the Red Bull Ring? 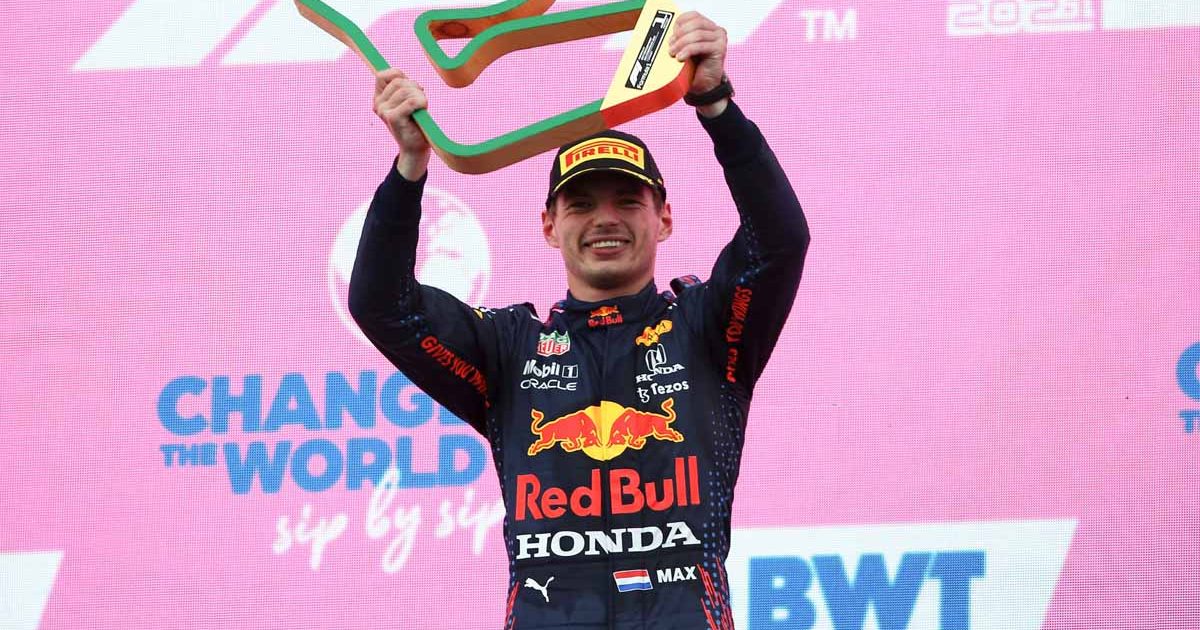 All eyes are on Austria once again as Formula 1 returns to the Red Bull Ring, and World Championship leader Max Verstappen will be looking for his third race win in a row.

After Toto Wolff admitted after the race that Mercedes simply didn’t have the pace to keep up with the leader for the first time in the turbo hybrid era, the big focus of the paddock will be on how the title rivals respond against Red Bull’s significant improvements in recent weeks.

Lewis Hamilton has called for upgrades, Wolff said no more were being developed, but James Allison said more improvements will be coming to the car – so how Mercedes will perform again is anyone’s guess in relation to Red Bull.

As for Verstappen, Sunday could be a chance to take a fourth win in five races. He and his team are flying high – Verstappen holds an 18-point lead in the Drivers’ Championship, Red Bull are 40 points ahead in the Constructors’ and ahead of round nine of 2021, they’re absolutely the team to beat.

Both Verstappen and Hamilton were absolutely in a class of their own last time out, however. Mercedes’ Valtteri Bottas was 30 seconds behind his team-mate at one stage and Verstappen was able to even lap Lando Norris in P5 in what was probably the most dominant race win of his career, despite Hamilton’s best efforts. 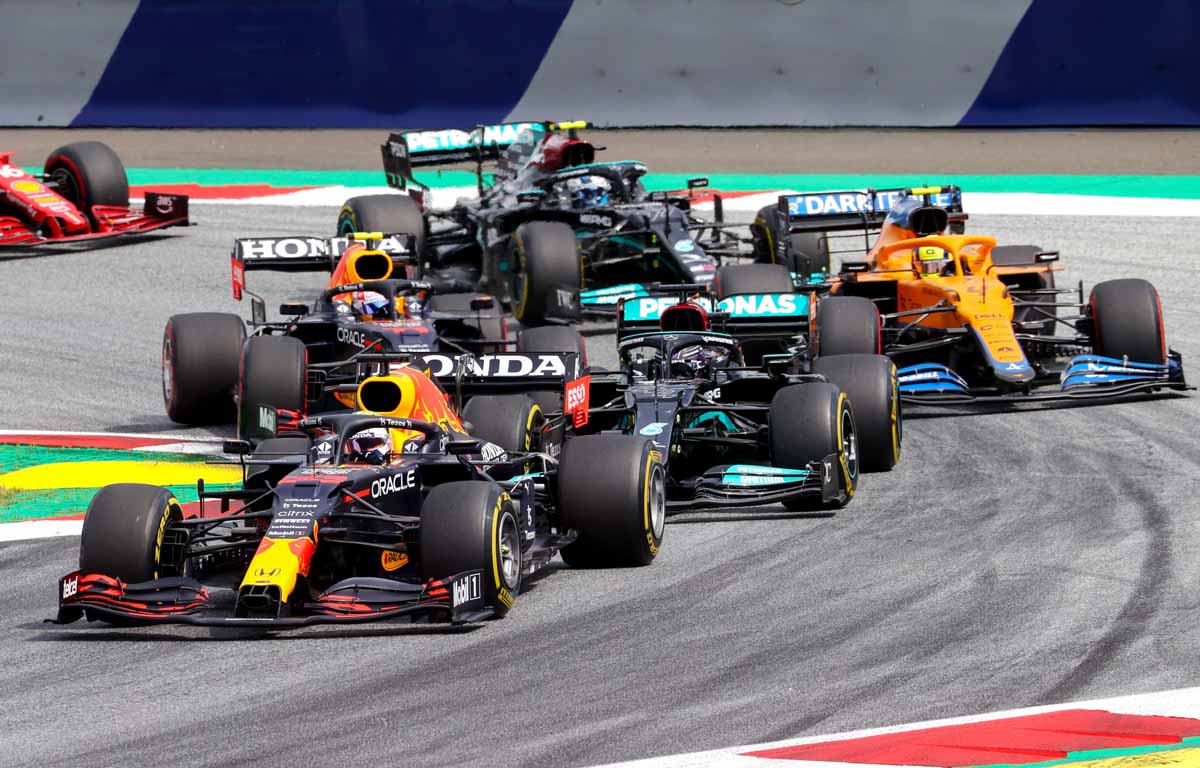 The threat of wet weather persisted throughout the weekend but it was ultimately a red herring, but being in the Styrian hills means that the weather can fluctuate – who knows what we’ll be seeing?

Lessons will have been learned after a full weekend’s running at the Red Bull Ring, but there are different circumstances this time. Pirelli’s C2 compound – the hard tyre for the Styrian Grand Prix – will not be available to the teams, as the tyre manufacturer have gone one step softer on their selection for the weekend.

This could introduce new variables in the way things pan out, particularly as the hard seemed to be the tyre of choice in the last race. Two-stop strategies appear likely, then, and the pit wall could play a key role in the outcome of Sunday’s race.

This may not be good news for Ferrari. Their continued issues with tyre wear may not be sorted out for the remainder of the season, but they were not on show as prominently at the weekend.

Carlos Sainz and Charles Leclerc both put in sterling drives to take P6 and P7 respectively – Sainz gaining six places and a superb recovery drive from Leclerc will give the Scuderia heart in their Constructors’ fight with McLaren, but the softer tyre compounds may cause their own problems this time around.

Lando Norris has kept up his reputation as potentially the driver of the season so far with yet another top-five finish for the Styrian Grand Prix, but it was a case of one step forward and two steps back for Daniel Ricciardo.

The Australian had targeted the triple-header to properly bed into his McLaren, but after a stronger performance in France, he couldn’t get through to Q3 again and, in mitigation, a power issue saw his good work at the race start undone and he could not recover the ground.

A DRS train proved to be a problem for plenty of cars in the midfield on Sunday, with such fine margins between cars on a short track layout causing little room for manoeuvre up and down the field.

Spare a thought for George Russell, too. Are those points at Williams ever going to come for him? Eight milliseconds separated him from an appearance in Q3 and a run inside the points was ended by a technical failure.

Russell even thought the Alpine of Fernando Alonso was within his grasp to go as high as P7, but the Spaniard finally looks like he’s settled back into Formula 1 after his sabbatical.

He’s jumped ahead of Esteban Ocon in the Alpine pecking order in the last couple of races, who needs to start getting back on par with his team-mate quickly if he’s to keep up his early-season form that earned him a three-year contract extension with the team.

One driver to improve his fortunes, however, has been Yuki Tsunoda. After a stern talking-to from Helmut Marko, the rookie climbed his way back into the points in what will have been a confidence boost for him – but backing that up with another strong showing will be key, especially against a team-mate as in form as Pierre Gasly.

Aston Martin will be looking to improve upon their mixed fortunes last weekend, though, as Lance Stroll brought home a few points in P8 while Sebastian Vettel lamented his time in the DRS window of several cars in front, which left him somewhat stranded in the race.

Kimi Raikkonen was the biggest mover of the day for the Styrian Grand Prix, which probably went largely unnoticed as he rose up from P18 on the grid to P11 by the end of the race.

Alfa Romeo admit that they need to help the Finn with his qualifying performance and, once that happens, we could well see the 2007 World Champion with a chance of competing for points at the weekend.

At the back of the grid, while Nikita Mazepin showed his humour when team principal Guenther Steiner gave him a tongue-in-cheek present of a spinning top – representing his ‘Mazespin’ nickname.

But he was less enthused after the race last time out, accusing his team of having him run a “heavier car” than team-mate Mick Schumacher, as the Russian finished last of the classified runners again at Haas.

But the two team-mates came close to each other yet again as they battled for the minor placings in the race. While it’s very likely they’ll be bringing up the rear again, Mazepin will be hoping to not be the “carrot to be caught” again after learning lessons from his first Formula 1 weekend at the Red Bull Ring.