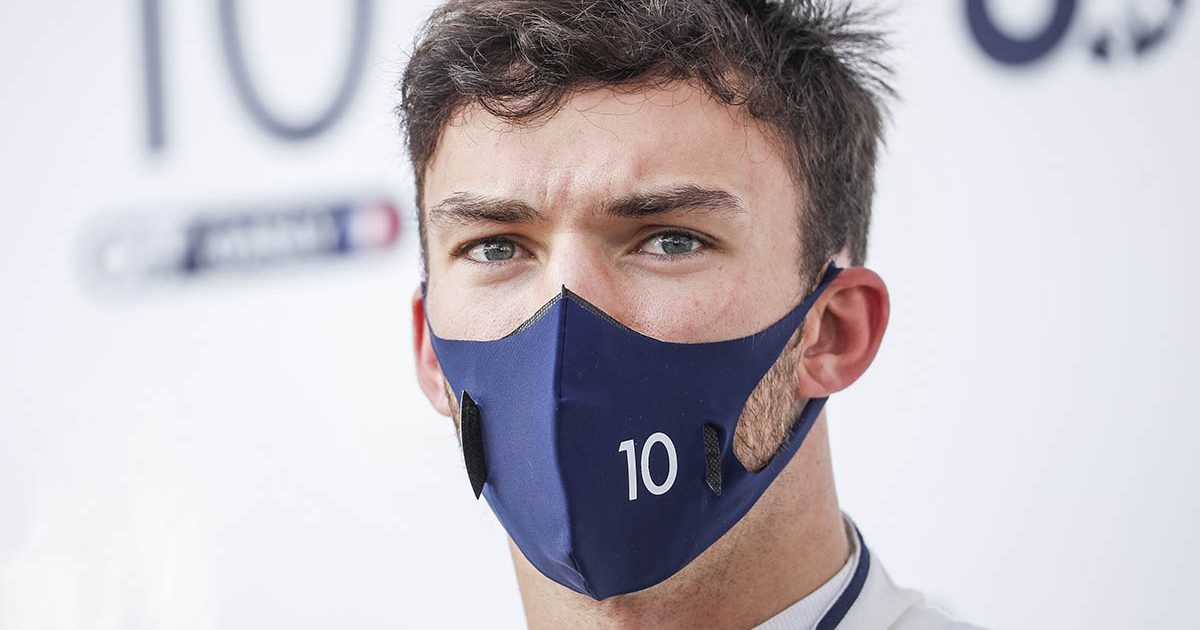 Max Verstappen moved a step closer to the title with an imperious display in Mexico, and he wasn’t the only man to impress.

Max Verstappen: Verstappen headed into this race weekend as the big favourite, and while it wasn’t all plain sailing, he ultimately lived up to the billing with a dominant drive.

Qualifying didn’t go as planned as he struggled to find pace on his first lap in Q3 and backed off in his second, so a perfect 10 is off the cards, but he quickly made amends for that with a perfect start on race day, going from P3 to P1. From that point onwards, he was in a league of his own.

The Dutchman was far quicker than any other driver and never once looked like losing his lead, always maintaining a gap of around 10 seconds to his title rival and expanding it in the closing stages.

He knew that a win on Mexican soil would see him take a huge step towards his first title, and he ultimately took it with ease, with a scruffy Saturday being the only blotch on an otherwise excellent showing. Yes, he had the fastest car, but he also drove it very, very well. 9

Lewis Hamilton: Hamilton couldn’t stop Verstappen from pulling away from him in the race and championship, but it wasn’t for the lack of trying on the Briton’s part.

He’ll be disappointed he couldn’t beat his team-mate to pole, but his machinery was far more to blame than his driving for his failure to challenge for victory on race day.

Given how much stronger the Red Bull was than the Mercedes, managing to stay ahead of Perez and finish in P2 was an achievement in itself and he had to be at his absolute best to do so, getting every drop of potential out of his car.

It may not have been the result he needed, but asides from taking pole and maybe defending more aggressively against Verstappen at the start, there wasn’t anymore Hamilton could have done. 8

Sergio Perez: For the third race in a row, Checo drove very well and was rewarded with a podium, although it perhaps should have been one better than another P3 this time around.

After a disappointing Saturday that saw him go off on his final flying lap after being distracted by Yuki Tsunoda ahead of him, he made no such errors on Sunday, staying out of trouble at the start to move up to P3 and then persevering his tyres perfectly as he so often does to give himself an advantage in the later stages.

It was here that he didn’t quite have the pace to take P2 from Hamilton despite having a better car and fresher rubber. If not for a few scruffy laps, he surely would have made it a Red Bull 1-2 and really should have.

Even so, it was still a strong display from the Mexican and was really lovely to see the celebrations as he became the first from his nation to stand on the podium at their home race. We’re tempted to give him an extra point for having an absolute legend of a dad. 8

Pierre Gasly: If anybody had the perfect weekend in Mexico, it was Gasly. From start to finish, the Frenchman didn’t put a foot wrong and got everything out of his car.

As we have written many times this year, he was arguably the stand-out performer in qualifying, taking P5 comfortably with an excellent lap – he was closer to the Red Bulls than he was to the midfield – and was even more impressive on race day.

Many would have expected at least one Ferrari to get ahead of him given their strong pace, but he never came close to losing P4, spending the entire race on his own and finishing almost 20 seconds clear of Leclerc.

Perez’s improved performances may keep that second Red Bull occupied, but Gasly is doing more than enough to get a top seat of his own sooner rather than later. 10

Charles Leclerc: It was a weekend of two halves for Leclerc, with a relatively poor Saturday being followed by a much better Sunday showing.

A mistake in Q3 caused him to start down in P8 but he didn’t stay there for long, gaining three places in the chaos at Turn 1. He then settled into a good rhythm to consolidate the place but didn’t have the speed to challenge Gasly ahead of him.

As he didn’t make his first set of tyres last as long as Sainz, he was the slower Ferrari during their second stint and played the team game, letting Sainz past before getting given the place back after the Spaniard couldn’t pass Gasly himself.

His outright pace wasn’t great, with him being slower than his team-mate all weekend, but he made up for that with some good racing at the start and a clean performance after that. 7.5

Carlos Sainz: Another weekend and another very impressive display from Sainz, who is becoming more and more of a match for Leclerc in every department.

The Monegasque is generally considered the faster of the two, but that wasn’t the case in Mexico with Sainz outqualifying him and getting back ahead of him in the race despite dropping behind him at the start.

If he wasn’t forced to brake early and lose a few places due to the incidents ahead of him on Lap 1, the Spaniard would have taken P5 with ease, and still would have done so if he didn’t decide to give the place back to his team-mate late on.

He may not be Ferrari’s lead man, but he’s showing that he’s certainly not number two either. 8

Sebastian Vettel: Vettel went very much under the radar in Mexico, but quietly had one of his best weekends of the season.

The German moved up to P8 at the start after delivering a solid qualifying performance and stayed there for the rest of the race, having enough pace to comfortably hold off those behind him.

There’s not much else to say really. It was simply a very good drive from the Aston Martin man. 8

Kimi Raikkonen: It was a similar story for Seb’s former team-mate, with Kimi making the most of a high starting position given to him thanks to penalties for others to secure his second P8 in four races.

He held position at the start before gaining a place with a lovely move around the outside of Russell. After that, he got his head down, didn’t put a foot wrong and finished ahead of a number of faster cars.

Luck did play its part, with penalties and incidents making his life easier, but it was still a top drive from the Iceman in a car which, let’s be honest, isn’t great. 9

Fernando Alonso: Alonso had one of his poorest Saturdays of the season, being knocked out in Q1, but largely made amends with some typically strong racing.

The Alpine man stayed in P12 at the start before, like Kimi, getting ahead of Russell at Turn 1 with a very tidy move. His race was a lonely one after that with him not having enough pace to challenge the Finn but doing enough to remain ahead of the McLarens.

Lando Norris: It may not have been one of Norris’s best results of the season, but it was certainly one of his best drives as he fought his way through the field and into the points.

Starting in P18, he gained places six places in the opening 14 laps thanks to some good moves and a few incidents, and then made his tyres last 46 laps while also having enough pace to secure a top-10 position.

He would have hoped to leave Mexico with more than a point, but finishing eight places up on where you started at a track where your car isn’t great and overtaking is difficult is a very good effort. 9

Antonio Giovinazzi: P11 in an Alfa Romeo isn’t a bad result by any means, and Giovinazzi’s driving really deserved an even better finish than that.

He made a stunning start, gaining five places to move up to P6, and while he quickly lost out to Sainz, he held his own in P7 and, at that point, looked set to score some big points.

His team ended his hopes of doing so though, pitting him at a time that caused him to get caught up in the battle between Ricciardo and Bottas when rejoining and lose time.

When your future is on the line, you really need factors outside your control to go your way, and for the Italian, they didn’t. He can be happy with how he drove though. 8

Daniel Ricciardo: Given his decent pace prior to the race, Ricciardo would have fancied his chances of scoring some good points, but his hopes of doing so ended at Turn 1.

The coming together between himself and Bottas at the start was deemed a racing incident, but in hindsight, he may wish that he was a little more cautious. To his credit, he didn’t put a foot wrong defending from the Finn after that though.

That and the fact that he was faster than Norris on Saturday were positives from the weekend but ultimately couldn’t lead to a good result. 6.5

Esteban Ocon: Scoring points was always going to be a big ask for Ocon given he was starting from the back of the grid in a car that wasn’t particularly quick at the circuit, and it was a task he never looked like achieving.

He did at least make some good moves and gain six places on where he started, which was pretty much what was expected of him.6

Lance Stroll: It was a weekend to forget for Stroll, with him crashing in qualifying and failing to make any progress in the race, only finishing ahead of the backmarkers and Bottas. He was also very much second best to Vettel in terms of pace.  On the bright side, he did at least make a good move on Russell late on… 5

Pole position at the #MexicoGP is cursed 💀

Valtteri Bottas: Bottas looked set to fight for a podium and maybe even a win after taking pole with an excellent performance in qualifying, but that wasn’t the case for long.

The incident with Ricciardo certainly wasn’t his fault, but he really should have been able to overtake the McLaren man after that, and a failure to do so cost him a top-10 finish.

The only other positive after his pole was taking the fastest lap point from Verstappen, and even that required two attempts with him having to pit twice late on. Not great… 5

George Russell: Russell drove well for most of the weekend, but simply didn’t have the car to stay in the fight for points.

His start was excellent with him going from P16 to P9, and he didn’t do much wrong after that even if he did drop back down to where he started, with the only minor criticism being that he maybe could have defended a little harder. 6.5

Nicholas Latifi: His starting position, P13, gave Latifi a good chance to beat his team-mate, but it quickly disappeared as he failed to gain any places despite a number of drivers being caught in incidents ahead of him. After that, he only had enough pace to stay ahead of Mazepin.  5

Nikita Mazepin: It’s hard to tell how good Mazepin’s race pace was as his team-mate retired at the start, but he deserves some credit for fighting his way up to P11 at the start and defending well for a few laps after that. 6

Mick Schumacher: Nothing to rate here as the German retired at the start due to damaged picked up in a collision with Ocon. N/A

Yuki Tsunoda: Another first lap casualty, and he’ll probably be happy to see the back of Mexico given the qualifying drama. N/A