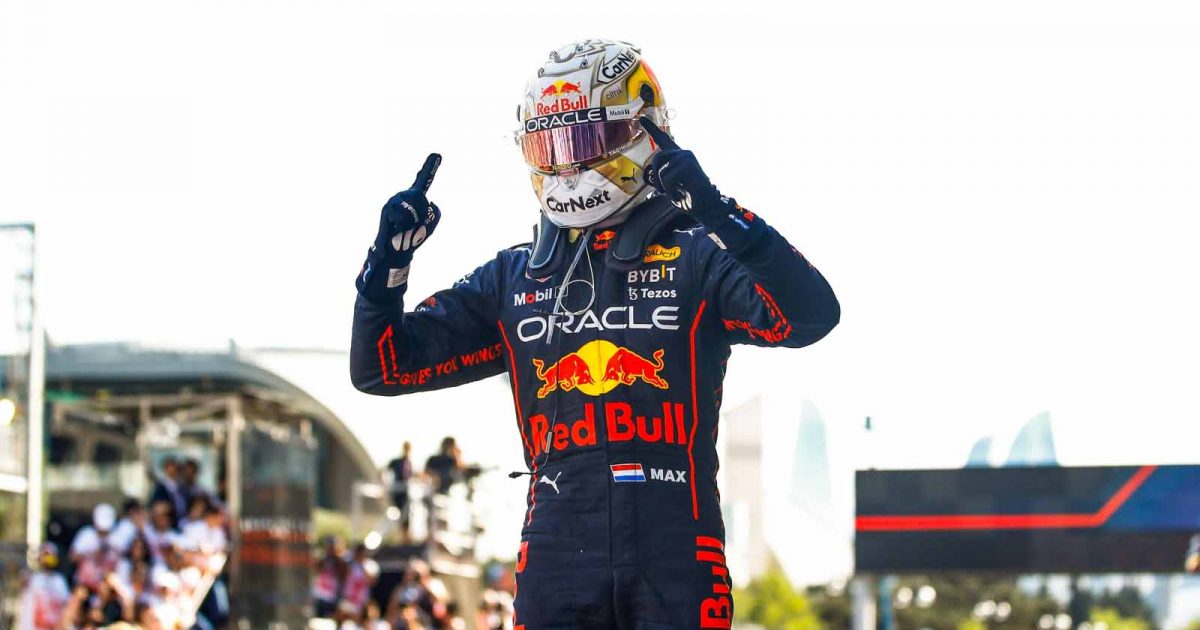 Isn’t it good to have the Canadian Grand Prix back on the calendar? Formula 1 returns to Montreal for the first time in three years and not a moment too soon.

The Circuit Gilles Villeneuve is readying itself to become a racetrack again on the Parc Jean-Drapeau, with the layout being used year-round as a popular place for cyclists.

A sell-out crowd is expected in Montreal with Lance Stroll and Nicholas Latifi Grandstands set up for the home favourites. But unfortunately, they are unlikely to be troubling the front-runners, with the battle between Red Bull and Ferrari set to continue at the top.

And Max Verstappen will head into the second leg of Formula 1’s latest double-header as a very happy man indeed. He ended up taking a comfortable win in Baku, both Ferrari drivers having retired, and he now holds a 21-point advantage at the top of the Drivers’ Championship ahead of his team-mate Sergio Perez.

With the way the Red Bull juggernaut has rolled on in recent races – Verstappen enjoying an 80-point positive swing over Charles Leclerc in the past five rounds – it is hard to look past their relentlessness continuing in Montreal despite Ferrari’s qualifying pace.

As for Leclerc, he cut a dejected figure after an engine issue cost him yet more points in the title fight. He has taken pole position in each of the last four races, finished second in Miami but then retired from two out of three races, and Ferrari’s strategic blunder in Monaco left Leclerc admitting his early exit in Baku felt like a third DNF in a row.

Suffice to say a key first step for Ferrari is simply to get both cars to the finish line, and then see where they match up against Red Bull.

Mercedes were the beneficiaries of Ferrari’s misfortunes, despite the pain George Russell and Lewis Hamilton went through in order to take P3 and P4 respectively in Baku – with Russell adding to his new ‘Mr Consistent’ moniker by keeping up his top-five scoring streak which he has maintained all season.

But the reigning Constructors’ champions have suffered even more with porpoising in recent races than perhaps at any time this season so far, with Hamilton even having to confirm via social media he will participate in the Canadian GP after team principal Toto Wolff had cast doubt on his fitness, such has been the impact on his back of the bouncing W13.

There is no doubting Mercedes have the third fastest car in their current trim, but with a third consecutive bumpy street track to negotiate at the weekend they may have to compromise their ride height – and a bit of performance with it – just to give their drivers a more comfortable time of things.

Whether or not that happens remains to be seen though.

Behind Mercedes, Pierre Gasly and Sebastian Vettel will likely have fresh motivation entering the weekend in Canada after both drivers achieved their best result of the season in Baku.

Gasly’s AlphaTauri package appeared to suit the streets of Azerbaijan well, while Vettel seems to have made the best use of his updated Aston Martin to get himself closer to the pace of the midfield, despite Christian Horner’s quip that he now has a “good car” – a thinly-veiled swipe at Aston now running what he feels deep down is a ‘green Red Bull’ given the visual similarities between the two.

Vettel’s team-mate and home hero Stroll had a rather different experience of Baku, crashing out of Q1 and failing to make significant headway in the race before having to retire three laps from the end.

His home race will be a good opportunity to put things right from his point of view, but it will also act as a good acid test to see if Aston Martin have made solid progress or if the last round was something of a flash in the pan.

Elsewhere, McLaren driver Daniel Ricciardo will return to the scene of his first race victory off the back of having one of his more sturdy weekends in 2022, finishing ahead of Lando Norris in a race where both drivers complained about team orders being imposed upon them at different stages of the race.

The 2017 #CanadianGP 🇨🇦 saw @LewisHamilton equal Ayrton Senna's all-time pole record [65], and his reward for doing so was a pretty special one 💚💛 #F1pic.twitter.com/ESRQVvhLCJ

There is not much doubt the Australian still has some way to go before his doubters are silenced, but another solid weekend up against Norris would give Ricciardo hope of starting a run of form that could bring him back towards the heights everyone knows he can reach.

Ricciardo and McLaren simply could not close down the Alpine of Fernando Alonso towards the end in Baku, with the A522 being the fastest car in a straight line in Azerbaijan on a weekend when Alonso showed a solid turn of pace behind the wheel too.

Away from the battle for the points in recent races, Haas and Alfa Romeo have appeared to have gone backwards of late. Valtteri Bottas struggled to make headway in Baku, while the luckless Zhou Guanyu had a reliability issue that cost him the chance of earning a second point in Formula 1.

Kevin Magnussen had to retire in becoming the fourth Ferrari-powered car to finish early last weekend, and with the struggles to which Haas have admitted in bringing new parts to the car, there could be further toil ahead for them.

As for Williams, they certainly have work to do if they are to increase their points tally this weekend. Latifi will finally have the chance to have a home race in Formula 1 in his third season, and he will need it to be a stand-out weekend from his point of view to alleviate some of the significant pressure on his shoulders at present.