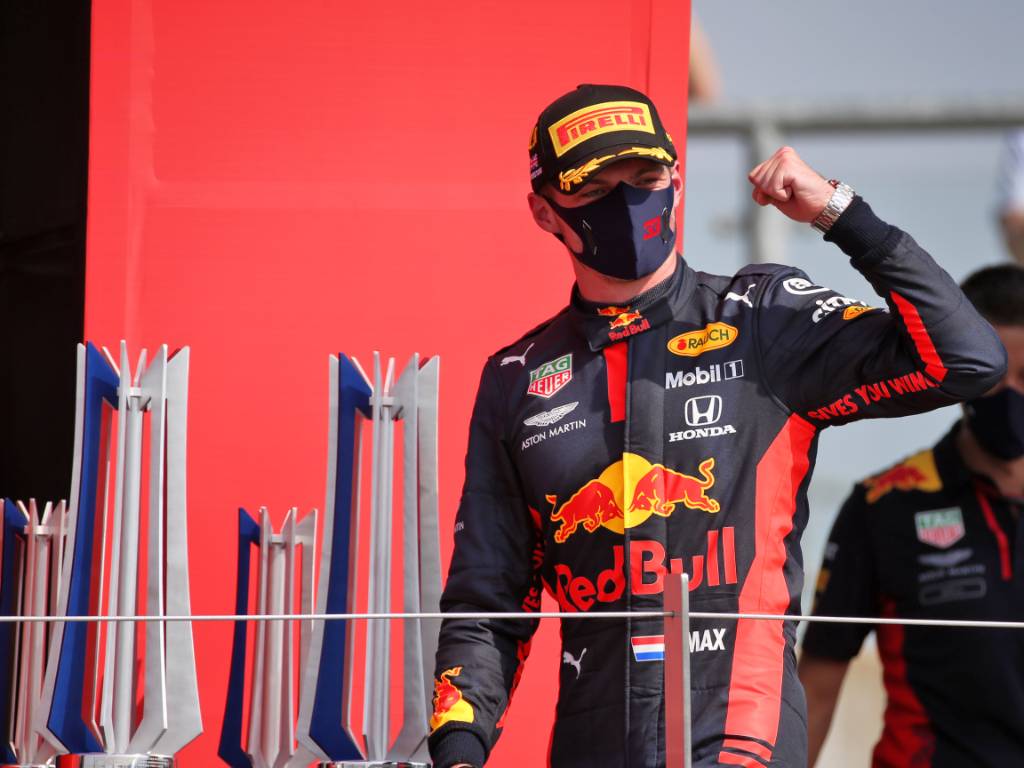 In our British Grand Prix conclusions, we explained how Red Bull boss Christian Horner had predicted hotter temperatures a week later and softer tyre compounds gave his team a chance of getting the better of Mercedes.

Christian turned out to be absolutely spot on. So perhaps, as a sideline, he should invest in a crystal ball, a little tent and pitch up on the nearest seafront as Gypsy Rose Horner.

Max Verstappen had got close to overhauling Lewis Hamilton’s limping, punctured Mercedes on the last lap a week ago but this time he did not need any luck to claim a fully deserved victory.

Mercedes, as Horner had suspected, struggled in the heat with tyre blistering and Red Bull’s decision to start Verstappen on the hard tyres paid the max-imum dividend (sorry).

The writing was on the wall as early as lap 11 when the Dutchman was closing in on Valtteri Bottas and Hamilton, and despite being warned by his race engineer Gianpiero Lambiase not to get too close to preserve his tyres, he countered: “I’m not going to sit behind like a grandma!”

Verstappen knew it was his chance to finally pressurise Mercedes on merit for the first time this year and he grabbed it with both hands – living up to everything his team boss had hoped for with his comments last week.

It remains to be seen whether this was a one-off or, at the Spanish Grand Prix next week with temperatures likely to be even higher, Red Bull can be just as competitive.

Engineer: "Max I think we're a little bit close for tyres at this stage."

Max: "Mate this the only chance of being close to the Mercedes. I’m not just sitting behind like a grandma!"#F170 🇬🇧 #F1

You don’t often hear Valtteri Bottas criticise his team, that’s not his style. But there was a definite barbed comment from the Finn in his post-race interview.

Perhaps, with a contract for next year newly confirmed, Bottas thinks he has a bit of security to allow him to speak his mind.

“As a team, I think we were sleeping at some point. The strategy was sub-optimal,” said Bottas, who had started on pole position but ended up only third after his second pit-stop on lap 33 at the same time as race winner Max Verstappen did nothing to improve his prospects.

Bottas looked as though he had the measure of team-mate Lewis Hamilton but Mercedes’ decision to leave the World Champion out for a longer second stint proved beneficial. Hamilton, on fresh rubber at the end, got past his colleague to secure P2.

Obviously no driver will be jumping for joy when finishing P3 after starting on pole. However, Bottas clearly felt he had been short-changed, or at the very least not given the best opportunity to maximise his race, and even with another year’s commitment from the team he must be wondering whether he will ever be anything more than simply their ‘wingman’.

Verstappen finally pits, and it only takes him 5 corners to take the lead back from Bottas! What a race from the Dutch driver. #F170 pic.twitter.com/8NOaQc6r3X

It speaks volumes about Ferrari’s toils when Charles Leclerc describes P4 as “like a victory”. So just what would his team-mate Sebastian Vettel give to finish fourth right now?

The four-time former world champion was among the also-rans in P12, behind both AlphaTauri cars, after another desperate afternoon.

It began with a self-inflicted spin at only the third corner, in which Vettel miraculously avoided every other car, and then featured a verbal attack at the team over the radio after he had emerged from a pit-stop into traffic.

“It’s in the gap that we didn’t like,” said the German. “We spoke about it this morning. I’ll hang in there but you know that you’ve messed up.”

It was never going to be the easiest year for Vettel after Ferrari revealed before this year’s action had begun that they were releasing him at the end of the season. A bit like living in lockdown with a partner you are breaking up with.

To continue that analogy, Martin Brundle during commentary on Sky compared it to a “long, messy divorce”, so where do they go from here?

The difference in performance between Vettel and his team-mate Leclerc is enormous. Vettel has revealed he is “out of answers” in terms of how to extract more from a strictly midfield car, albeit one that Leclerc clearly can. The question is who’s more at fault – he or Ferrari?

Vettel’s driving has undoubtedly become erratic, even to the point where you wonder whether Aston Martin would be making the right choice by hiring him for next year at the expense of Sergio Perez, assuming that is eventually confirmed.

But equally, his car is evidently inferior to Leclerc’s, for the difference in results – be it in qualifying or a race – is tangibly greater than their respective abilities as drivers.

If things continue in the same vein, the divorce to which Brundle referred might even be granted as a ‘quickie’ rather than going full term.

Albon at his best

It was just the sort of race in which Alex Albon thrives – pulling off one overtake after another, again impressing with the way in which he gains positions by producing deft moves.

One in particular ought to have given the London-born Thai driver particular pleasure. He got past Pierre Gasly, with whom we speculated last week that Albon could yet be involved in a ‘reverse job swap’ 12 months on from when it previously happened between Red Bull and their sister AlphaTauri team.

In the end, Albon finished P5, 39 seconds behind his Red Bull team-mate and race winner Max Verstappen, and a position that is pretty much par for the course. Not perfect, but less of an issue because of the victory that will understandably overshadow it.

Albon ended up half a minute ahead of Gasly and it was a result that may have bought him some time, albeit he still needs to follow it up with another encouraging display at Barcelona next week.